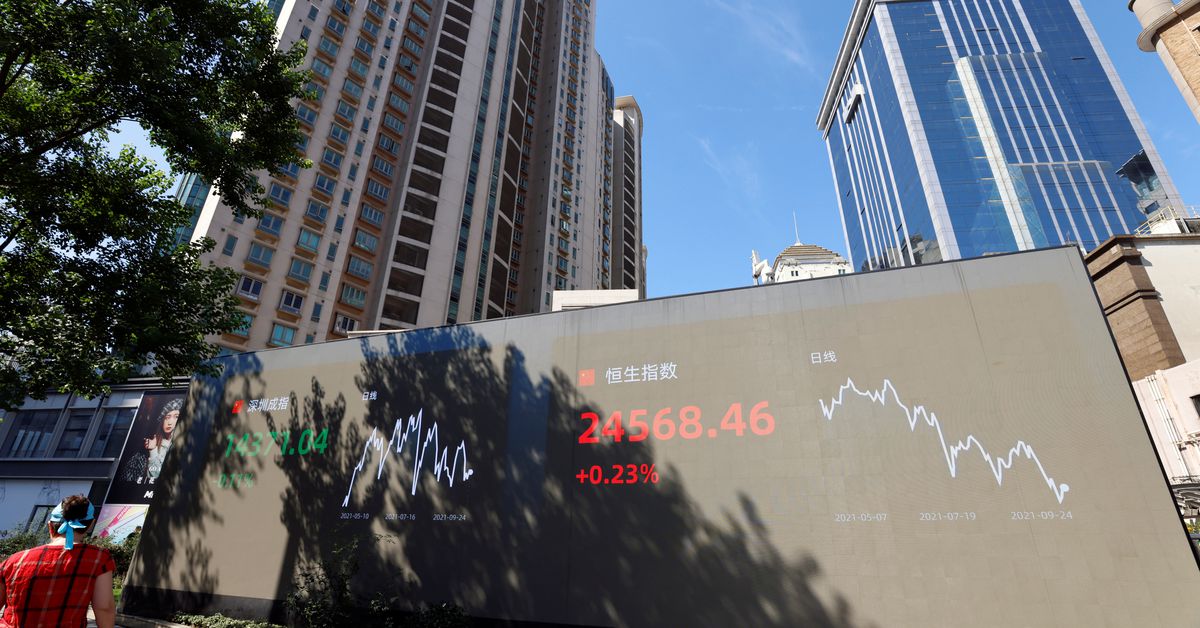 LONDON/SINGAPORE, April 1 (Reuters) – World stocks dipped further from recent six-week highs on Friday on worries about the Russia-Ukraine war and recession risks, and oil fell $2 a barrel on reserve releases.

European buyers of Russian gas faced a deadline to start paying in roubles on Friday, while negotiations aimed at ending the five-week war were set to resume even as Ukraine braced for further attacks in the south and east. read more

The move on gas by Russian President Vladimir Putin in response to Western sanctions prompted Germany, the most reliant on Russian gas, to accuse him of “blackmail” as it activated an emergency plan that could lead to rationing. read more

“The recession risk of selected countries such as Germany from the stopping of gas delivery would be non-negligible,” said Sebastien Galy, senior macro strategist at Nordea Asset Management.

Galy added, however, that “Russia is essentially a petrol station. If a petrol station doesn’t sell its products, it goes bankrupt – they are not in a position of power”.

The war threatens also to disrupt global food supplies, with a US government official sharing images of what they said was damage to Ukrainian grain storage facilities. read more

BoFA strategists said recession risks will “jump” in the coming months as a “bull era of central bank excess, Wall Street inflation (and) globalization (is) ending”.

In its place “a bear era of government intervention, social and political polarization, Main Street inflation & geopolitical isolationism (is) starting,” they added.

US and European shares notched their biggest quarterly drops since the outbreak of the COVID-19 pandemic in 2020 in the quarter that ended on March 31.

But the quarterly drop in US shares masked a late comeback in the S&P 500 index (.SPX), which rallied from a near-13% decline to finish the quarter off about 5%. read more

Oil prices continued to slide following an announcement on Thursday of huge releases from US strategic reserves and ahead of a Friday meeting of oil-consuming nations to discuss their own reserve releases.

Oil is on course for a 14% weekly fall – the sharpest in almost two years, after an earlier surge due largely to the Ukraine conflict had seen prices rise by more than 30%.

US March jobs data at 1230 GMT will be watched for indications of wage inflation, in addition to the headline jobs figure.

The closely-watched spread between US two-year and 10-year notes is nearly zero.

An inversion in this part of the US yield curve is viewed as a reliable signal that a recession may follow in one to two years. Benchmark 10-year notes last yielded 2.4170%, while the two-year yield was at 2.4057%.

Euro zone March flash inflation data at 0900 GMT is forecast to give a reading of 6.6%, according to a Reuters poll, although inflation readings for countries within the bloc suggest it might surge even higher. read more

The German 10-year government bond yield , a benchmark for the euro zone, rose 5 basis points to 0.6%, after jumping 39 bps in March, its biggest monthly rise since 2009, on expectations of monetary tightening.

Safe-haven gold dipped 0.25% after its biggest quarterly gain in two years. Spot gold was last quoted at $1,932.34 per ounce.

Additional reporting by Andrew Galbraith in Shanghai and Saikat Chatterjee in London; Editing by Simon Cameron-Moore and Catherine Evans