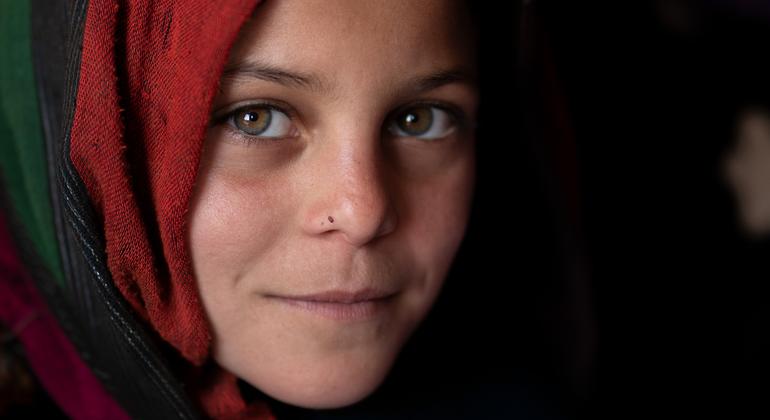 Despite persistent humanitarian needs sparked by years of conflict and recurring drought, the current situation in Afghanistan is unparalleled, with more than 24.4 million people requiring humanitarian assistance to survive, according to the UN Office for the Coordination of Humanitarian Affairs (OCHA).

Food security levels have plunged at an alarming rate, leaving half the population facing acute hunger, including nine million in a state of emergency food insecurity – the highest number in the world.

Moreover, malnutrition is on the rise, and livelihoods have been destroyed.

To help mitigate the situation, the Secretary-General António Guterres on Thursday, launched a High-level Pledging Event, Supporting the Humanitarian Response in Afghanistan – co-hosted by the United Kingdom, Germany and Qatar.

International donors are asked to keep the funds flowing and growing again this year.

The UN-coordinated relief operation – the largest but not the only one in Afghanistan – is appealing for $4.4 billion, three times the amount requested in 2021.

“Without immediate action, we face a starvation and malnutrition crisis in Afghanistan“, said Mr. Guterres, in his address to the conference.

“People are already selling their children and their body parts, in order to feed their families. Afghanistan’s economy has effectively collapsed. There is very little cash.”

He said even international aid agencies, could “barely function” and local partners face even greater challenges.

Humanitarian needs have tripled since last June, the UN chief warned, “and they are growing, day by day”.

He said the international community must find ways to spare the Afghan people from the impact of the decision to halt development support, and freeze nearly $9 billion in Afghan assets overseas.

“It must make cash available, so the Afghan economy can breathe, and the Afghan people can eat”, he declared. ,Wealthy, powerful countries cannot ignore the consequences of their decisions on the most vulnerable,

“The first step in any meaningful humanitarian response must be to halt the death spiral of the Afghan economy. Without that, even the best funded and most effective aid operation will not save the people of Afghanistan from an unimaginable future.”

Mr. Guterres reiterated that the UN stands together with the people of Afghanistan.

“I welcome the Security Council’s recent resolution renewing the mandate of the UN Assistance Mission in Afghanistan, with a focus on coordinating humanitarian aid and promoting human rights.

We must now back this unity with pledges that will make an immediate and tangible difference,

The World Food Program is distributing food to vulnerable families during the harsh winter in Kabul, Afghanistan.

,We have the power to stop the downward humanitarian spiral in Afghanistan and it is our moral duty to use this power by pledging generous, flexible and unconditional funding today,” said UN humanitarian chief Martin Griffiths.

Speaking from Kabul, the Emergency Relief Coordinator said he had been deeply disturbed after visiting a hospital where he saw severely acutely malnourished children being fed in intensive care,

“The humanitarian situation here is grim, for tens of millions of people, life hangs just by a thread…six out of every 10 Afghans need humanitarian aid today.”

Mr. Griffiths said that the economy remains “too weak to sustain the lives of ordinary Afghans” who are suffering the most.

Today, half the population faces acute hunger, including nine million who are in a state of “emergency food insecurity”; this is the highest number in the world,

US pledges more than $500 million

The United States led the list of pledges at the end of Thursday’s conference, committing just over $512 million in aid, for 2022. Other leading donors were the United Kingdom with over $374 million, Germany, with just under $220 million and China, which promised a total of $200 million.

There were a total of 41 announcements of aid, including 15 pledges specifically for the Afghanistan Humanitarian Fund. Some nations, including Spain and Iceland, also committed to funding for Afghanistan, for 2023 and beyond.

As fund-raising has so far secured only 13 per cent of the requirements of the 2022 Humanitarian Response Plan, pledges of support – which will continue for the remainder of the year – are urgently needed to ramp up deliveries.

Deliveries have included nutritious food for hundreds of thousands of malnourished children and pregnant and breastfeeding women; healthy meals for schoolchildren; seeds and tools for farmers; and trauma treatment and reproductive healthcare.

Participants are encouraged to pledge generously to send out a strong signal of solidarity that the world stands with the Afghan people.

Before the conference, the head of the UN Development Program (UNDP), Achim Steiner, made a two-day trip to the country, where he underscored the importance of girls’ and women’s rights in Afghanistan.

Recent decisions barring girls from secondary school from Grade 6 onwards is of great concern, he said, upholding that UNDP is committed to working with UN agencies to defend and promote their access to education and work.

“UNDP’s partnerships are often multidimensional, and sometimes we are faced with challenges that, like girls’ education in Afghanistan, can become fault lines,” he said.

,Both boys and girls must be allowed in the classrooms because the future of Afghanistan must be for all Afghans, not just a selected few,

“We reported late last year that an estimated 97 per cent of Afghans could be living in poverty by mid-2022, and regrettably, that number is being reached faster than anticipated,” he said.

“And with commodities pricing skyrocketing globally, we know that people here cannot afford to meet their basic human needs like food, healthcare, and education”.

In Mazar-e-Sharif, Mr. Steiner met with women business owners and members of the Chamber of Commerce who spoke of their struggles to keep businesses afloat.

“The women small business owners I spoke with are tenacious in their determination to continue to earn an income and provide for their families and communities against all odds,” he Mr Steiner, pushing the international community to help prevent further economic hardships for them.

“This year alone, we aim to support more than 50,000 small and medium enterprises, many of which are led by women.”

Following the Taliban takeover last August, Afghanistan is facing a potentially non-reversable economic collapse, a frozen banking system and a liquidity shortage that may leave some 80 per cent of people in debt.

“We must get the economy back up and running from the ground up, and that means support to individuals, their families and their businesses,” said the UNDP chief, advocating for generosity at the pledging conference.

,While the world’s attention is turned to Ukraine and the ripple effect from that war, we must also stand in solidarity with the Afghan people,