A computer in itself is an empty metal box. What makes it truly functional and useful are the input and output devices of the computer. These parts are assembled, and work in sync to make a computer what it truly is. The components of the computer can be largely classified under-

In this article, we will discuss deeply the input and output unit and its devices.

What is an Input Device?

Functions of an Input Device

The 3 major functions of the input unit are-

Its only purpose is to connect the user and the computer and create easy communication between them.

The keyboard is an input device that is used to type and feed the data into the computer. The data can be in words, numbers, and symbols. It consists of mechanical buttons called the ‘keys’.

There are 5 different keys on the keyboard-

1. Alphabetical keys from A-Z
2. Numerical keys from 0-9.
3. There are 12 function keys on the top of the keyboard F1-F12. Each of which performs a special function.
4. There are control keys, which help in gaining control of the screen and the keyboard. These include 4 direction keys, home, end, delete, page-up, page-down, control(ctrl), alternate(alt), escape(ESC).
5. Then there are special keys which by the name you can figure, are used for special tasks. These include a print screen(PrtScr), Spacebar, Tab, Num Lock, shift, enter, and caps lock.
Working – The major part of the working of the keyboard is done by the ‘key matrix’. This is a grid that is beneath the keys of the keyboard. Each time a key is pressed, the broken circuit beneath each key gets completed. A tiny amount of current then flows through the matrix and information is received by the computer, which key has been pressed. This is a signal, that is to be displayed on the screen.
The keyboard is attached to the computer by a cable. However, there are now wireless keyboards as well in the market which work on Bluetooth technology.

The mouse is mainly classified as mechanical and optical. The mechanical mouse consists of a trackball beneath it, and are no longer in use. The optical mouse uses laser light for pointing and has more accuracy and speed than the mechanical one. 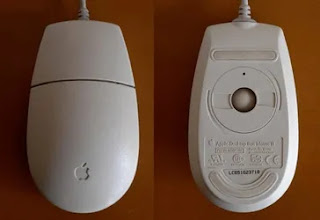 Working – The traditional trackball mouse has been replaced by the optical mouse. This mouse has a LED installed underneath it along with a CMOS sensor. The LED emits light and then the light gets reflected by the surface of your desk. This reflected light is sensed by the CMOS sensor, which in turn sends the signal to a DSP. This DSP determines the pattern made and then sends the coordinates to the computer. Based on it the cursor on the display moves respectively.
There is now even a mouse specifically designed for gaming purposes. Such a mouse can contain numerous buttons designed to give control in the game. usually, the mouse is connected through a cable but, there are now Bluetooth-operated wireless mouses as well. However, the work remains the same. 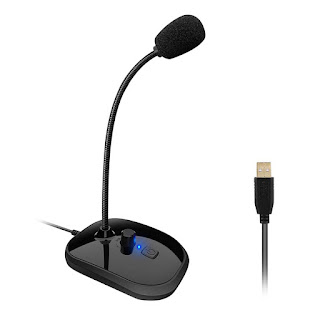 Microphones are a kind of transducers, as they convert mechanical energy to electrical energy(AC voltages). Let us understand its working

Working – The sound waves created are carried towards the microphone. Inside the microphones there exists a small plastic diaphragm, which starts moving when the sound hits it. This makes the coil attached to it move too. The permanent magnet wounded by the coil produces a magnetic field. After that, the movement of the coil in this magnetic field causes the flow of current through the coil. This electricity is then amplified and sent to the computer. And thus the sound can be stored or used by the computer. 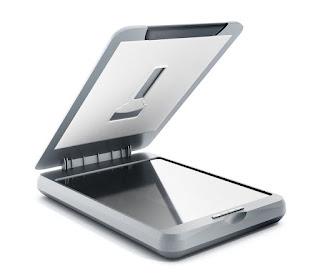 A scanner is an input device and works similarly to a photocopy machine. It is used to scan documents and then display them on the screen. It is used to store a hard copy in digital format on the computer.
Working – The scanning device is swept across the document placed on the glass panel. The device emits light which is then reflected from the surface of the document. This reflected light is passed through a series of lenses and glasses and then reaches a photosensitive device. The most commonly used one is CCD(charged coupled device). This device senses the light, converts it into an electrical signal, and then sends it to the computer. In this way, the digital image of the scanned document is procured. 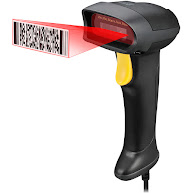 The barcode reader is a type of optical scanner that is used to read barcodes and decode the data stored in them and send it to the computer. Just like a scanner this also consists of a light emitter, a series of lenses, and a photosensitive device installed inside it. In addition to this is a decoding circuitry attached to decode the barcodes. The working is the same as that of the flatbed scanner. 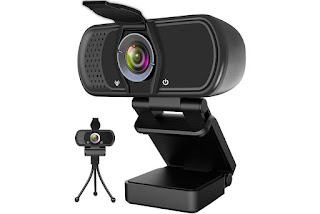 A webcam is a type of camera that streams still pictures or videos in real-time to the computer. Unlike our common digital cameras, these do not hold any special function key nor storage. They are connected to the computer and use the computer’s storage instead. Today webcams come embedded in laptops but they used to be connected through cables earlier.
The webcams have an image sensor, a lens, and circuitry installed inside them. This is to capture the images and motion pictures. 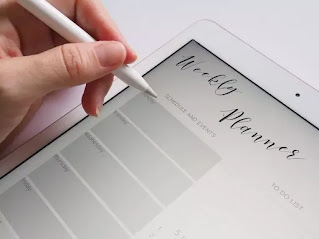 The stylus is also one of the common types of input devices nowadays. With the introduction of touch-screen desktops and laptops, the stylus has become common among users. The stylus is shaped like a pen and is used to write, draw, point on the screen. It has replaced the use of the keyboard and mouse.
In addition, it gives more precision in terms of pointing or drawing on the screen.
Earlier it was developed only for graphic designing purposes but now it is used even in mobile phones.

A computer is an electronic device that is used to store, display and manipulate data given by the user. A computer can only work when all its components – input unit, output unit, storage unit, and processing unit work together in sync. Here we will talk about the output unit and its devices.

What is an Output Device?

Difference between Input and Output Devices

Input devices – The computer input devices convert the data entered by the user into binary language and sends it to the computer to process it. For example, keyboard, mouse, scanners, etc.

Output devices – The output devices are peripheral devices that are used to convert the output processed by the computer into human-readable form. These devices either display the output on the screen, print on paper or through any other form. Examples: printer, monitor, projector, headphones, etc.

Examples of Output Devices of Computer

Let us look at some of the output devices one by one.

The monitor is an output device that displays the output in the form of images on a digital screen. The images formed are made up of millions of tiny dots called pixels. The more pixels, the better resolution of the image is.

Earlier monitors had screens made of CRT, but are now replaced by flat panel displays. Let us understand how both are different from each other- 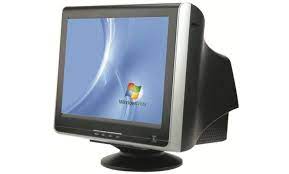 CRT – The CRT or cathode ray tube is the structure behind the screen. That helps to display characters and images on the monitor. the display side consists of a phosphorescent screen. The screen lights up when a beam of electrons hits the screen from the cathode filament. The electrons are deflected and accelerated and that is how the images are formed on the screen.

However, the CRT based monitors have their disadvantages, which include-

Printers are another peripheral device used as output devices. The output from the computer is achieved on paper from the printer. The data gets printed on paper which can be both coloured or black and white, an image, text, or even both.

The printer can be majorly divided into two types- 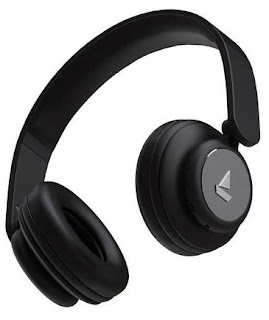 The audio or the sound produced by the computer is in the form of electric signals. These are perceived by us in the form of sound using the output device, headphones. The headphones/speakers are transducers that convert electrical energy into mechanical energy and thus help us in listening to songs and recordings on the computer. The best thing is that they are light and thus portable, unlike heavy computer speakers. 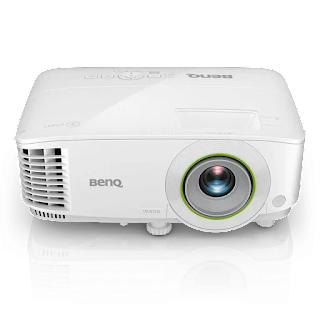 The projector is an output device, that is used to project the image displayed on the computer monitor on a large wall or screen. This is a good option when the output is to be shown to a large number of people. It can be used to watch movies with friends, or show a presentation in a group meeting.

The projector is connected to the computer using HDMI cables or VGA cables. The output from the computer is taken as input by the projector. Nowadays, the traditional blackboards are also getting replaced by smart screens, which use projectors to display images and videos to the students for better understanding.

A plotter is an output device that works similarly to a printer, but for large vector graphics. The lines are made on the paper using a pen or any other such tool mechanically by the plotter. These devices are used to print large high resolution, vector-based graphics, such as those used in architectural firms. They also prove advantageous as they can draw not only paper but on varied types of surfaces like plywood, aluminium sheet, plastic, etc.

The only drawback is that they are quite expensive and require much larger space than normal printers.

This completes our article on – “Input and Output Devices of computer”. I hope you liked it. Do let us know in the comments in case of any questions or suggestions.

10 thoughts on “Working of input and output devices with examples”