Why COVID-19 reinfections are surging in England 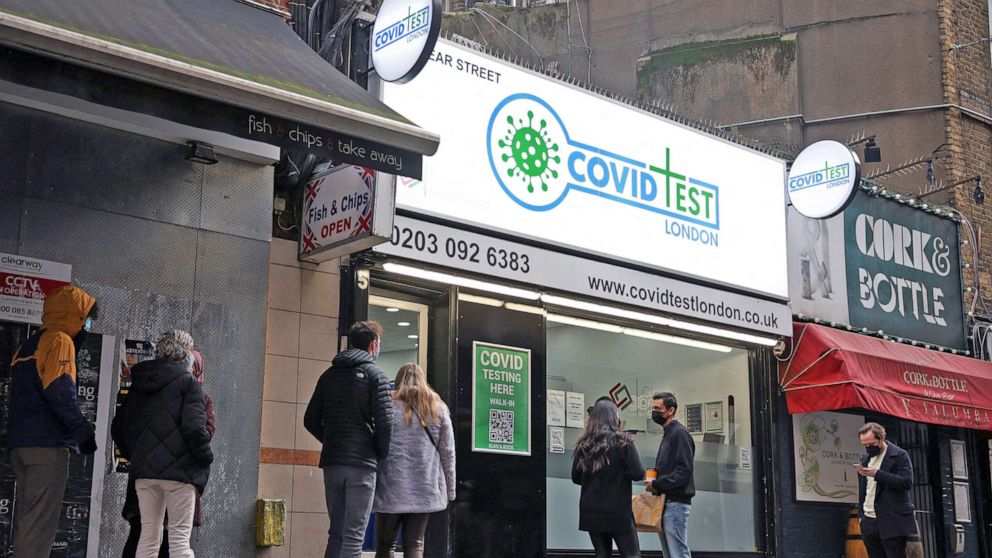 As COVID-19 cases continue to rise in England, the country is also experiencing a surge in reinfections.

Provisional data shows that, as of the week ending March 20, 2022, laboratory-confirmed reinfections — two positive tests taken more than 90 days apart — have surpassed 50,000 per week in England, 10.7% of all cases, according to a weekly report from the UK Health Security Agency published Thursday.

This is a jump from the less than 20,000 weekly reinfections recorded during the last week of February in England.

The weekly rate is increasing in all age groups and has nearly doubled in one week among those aged 30 and older, the report shows.

Vaccination rates are high in England with 85.8% of those aged 12 and older fully vaccinated and 66.8% boosted.

Additionally, as of Friday, 99% of the adult population in England is estimated to have detectable COVID-19 antibodies either from previous infection or from vaccination, according to the UK government.

There were only 7,093 reinfections reported in Scotland, 10.4 percent of all cases, in the week ending March 27. Recent data on reinfections were not readily available for Wales and Northern Ireland.

So, with such high coverage, why have so many in England been reinfected with COVID-19?

Experts said there are a few reasons for the uptick including the spread of the BA.2 variant, waning immunity and the further relaxing of COVID-19 mitigation measures in England.

Dr. Ali Mokdad, an epidemiologist with the University of Washington’s Institute for Health Metrics and Evaluation in Seattle, told ABC News the spread of the BA.2 variant is undoubtedly playing a role in the rise of reinfections in England.

“BA.2 is more infectious so more people can be infected by being exposed to it,” he said. “The time needed for you and me to sit close together to get the infection is much shorter.”

BA.2, which is a subvariant of the original omicron variant, has become the dominant variant in England.

Data from the UKHSA estimates BA.2 currently accounts for 93.7% of all COVID-19 cases in England. Less than two months ago, it made up less than 5% of cases

A preprint from Sweden, which has not yet been peer-reviewed, suggests BA.2 may be more contagious due to higher viral loads in the nose and throat than the original BA.1 variant.

Mokdad said the numbers from these studies are too low to warrant any serious concern.

It is unclear from the UK data how many of the reinfected cases are among those who are fully vaccinated and those who are boosted.

However, several studies have shown booster shots lower the risk of reinfection.

An Israeli study published in JAMA Internal Medicine in November 2021 found 1.8% of COVID-19 tests were positive in adults that were boosted compared to 6.6% in adults that had two shots.

While BA.2 is more transmissible than BA.1, it does not appear to increase the risk of hospitalization.

Professor David Heymann, from the department of infectious disease epidemiology at the London School of Hygiene & Tropical Medicine, said the rise of reinfections should not concern people because the number of hospitalizations and deaths remains low.

“The vaccines are suppressing serious illness and death, even if you get reinfected,” he told ABC News. “What we do know is there’s no cause for real alarm at present because the hospital surveillance is showing COVID remains a minor disease” for the vaccinated.

Mokdad said many people who got their second dose, or even their third dose, received it five to six months ago so their immunity will have waned by now.

A January report from the UKHSA found the effectiveness of two doses of the AstraZeneca vaccine, which is what most people in the UK have received, dropped from 50% against omicron to virtually no effect 20 weeks later.

A booster from either Pfizer or Moderna raised the protection against omicron to around 60%, but it fell to as low as 40% 10 weeks later.

Mokdad said for those who weren’t infected with the original omicron variant during the last wave, this also increases the risk of reinfection because contracting the virus will have acted like a natural booster shot for most healthy individuals.

Experts say behavioral changes after restrictions were lifted are also likely playing a role in the rise of reinfections.

UK Prime Minister Boris Johnson had been lifting COVID restrictions in England since the beginning of the year and, on Feb. 25 dropped all remaining rules for the country, including the requirement to self-isolate after testing positive, contact tracing and free administration of rapid tests.

The announcement applied only to England, which is home to 56 million of the UK’s 67 million people, the Associated Press reported in February.

This means many people are no longer wearing masks or staying home from work or school, or self-isolating if they are ill.

“Suddenly, they lifted these mandates,” Mokdad said. “People are tired and have changed their behavior. Suddenly, you have 30% or 40% susceptible because of waning immunity and the fact they have not been exposed to BA.1, and BA.2 is circulating, then you see this rapid increase in cases.

When Johnson lifted the mandates, he gave a speech to the House of Commons in which he stated he wanted England to pivot away from preventing COVID-19 and “learn to live with this virus.”

Professor Daniel Altmann, from the department of immunology and inflammation at Imperial College London, said this has led to “confusion” about how to prevent reinfection.

“This means that people are confused about safety — many are going out to work and school when knowingly infected, fewer wearing masks,” he told ABC News. “It looks like an untenable policy when one considers … omicron, somewhat milder but poorly immunogenic and able to reinfect people sometimes over and over at intervals of a few weeks.”