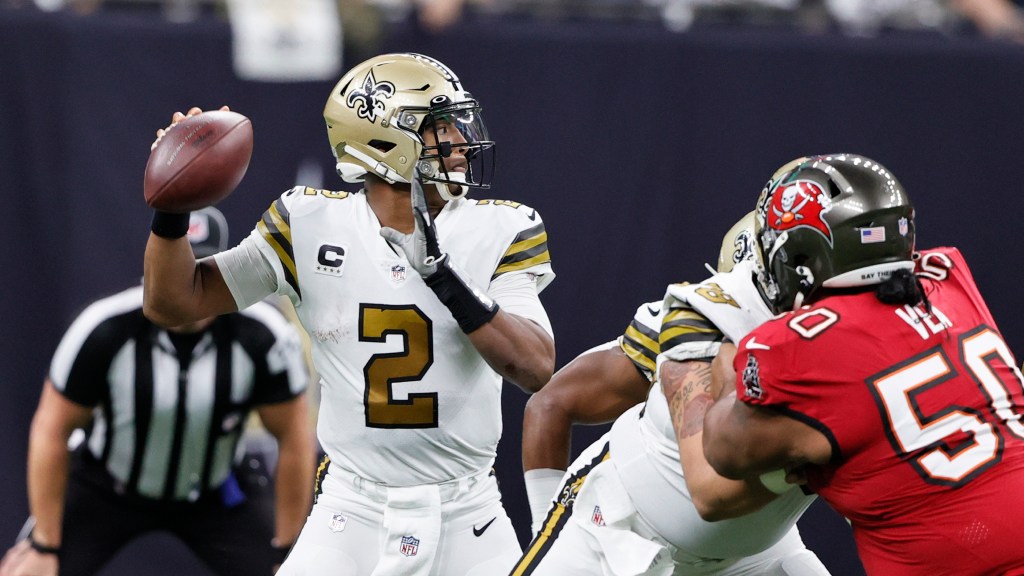 The “fairly new look” New Orleans Saints in their way up the power rankings despite not making any major changes yet in free agency. In the latest USA Today NFL power rankings, they are clocking in at No. 17 among their peers.

This an improvement from the last power rankings update, where the Saints were listed two spots lower at No. 19. Here’s what USA Today’s Nate Davis had to say about the Saints this time:

“They’re probably a playoff team in 2021 if QB Jameis Winston doesn’t get hurt in Week 8. Given their (regular-season) dominance of the Brady Bucs and playmakers on both sides of the ball, Winston should get them over the hump in 2022 if – big if – this organization adapts post-Payton.”

Most teams that are being led by a new coach are expected to have some bumps along the way, especially when that coach is replacing a future hall of famer like Sean Payton. Pair that with the fact that Jameis Winston is coming off of a major knee injury, it is fair to have some trepidation about putting this team in the top of half of the league.

As for the rest of the NFC South, the Saints are expected to be the second best. The Tampa Bay Buccaneers, despite also having a new head coach that was formerly an assistant, are sitting way ahead at No. 4. The Carolina Panthers, at No. 30, and the Atlanta Falcons, at No. 31, are sitting at the very bottom of the league. If the Saints make a few good moves in the upcoming 2022 NFL draft, they could get right back in the mix.