‘When You Think ESG, You Should Be Thinking CCP’: Peter Thiel 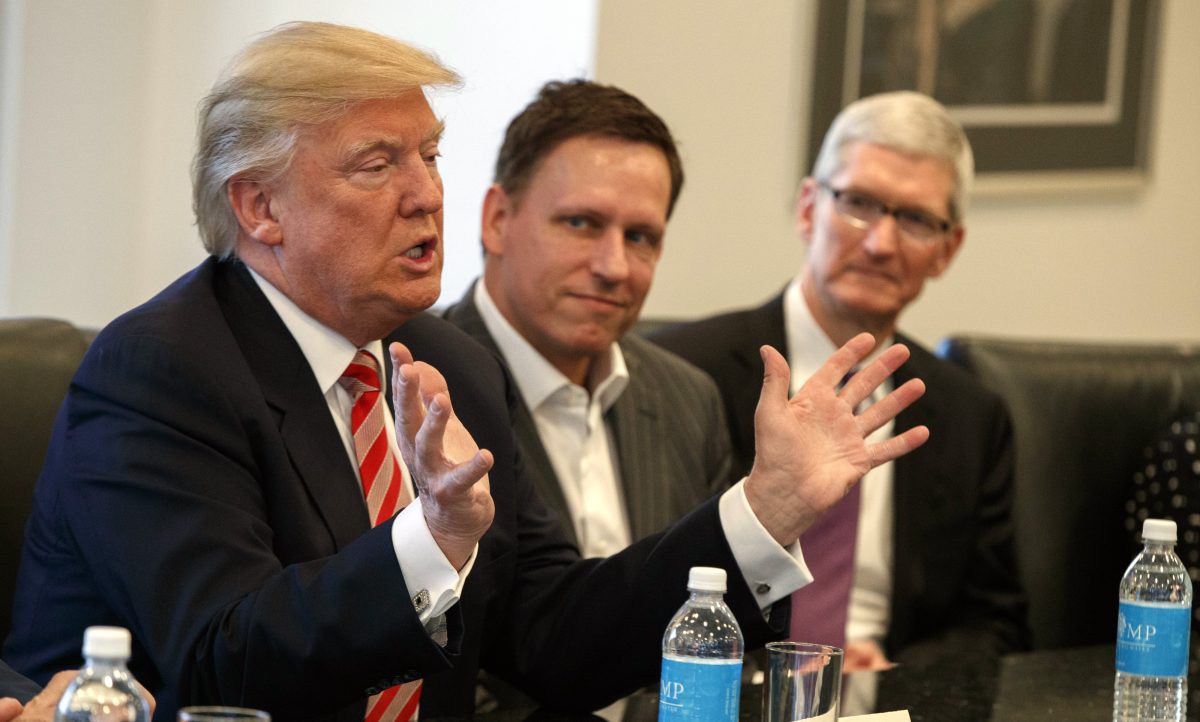 In his keynote address to the Bitcoin 2022 conference in Miami, venture capitalist Peter Thiel said environmental, social, and corporate governance (ESG) is “perhaps the real enemy” of the cryptocurrency, likening the movement to the Chinese Communist Party (CCP).

“I think that ESG is just a hate factory. It’s a factory for naming enemies, and we should not be allowing them to do that, ”said Thiel, co-founder of both PayPal and Palantir, to cheers from the audience.

Bitcoin has met with criticism from environmental activists at the Sierra Club and the Natural Resources Defense Council (NRDC), among other groups.

They typically cite its energy footprint, arguing that its proof-of-work (PoW) mechanism for validating transactions is worse for the environment than the proof-of-stake (PoS) mechanism used by some other cryptocurrencies.

In “Crypto Has a Climate Problem,” a recent Explainer from the organization, NRDC financial expert Alfonso Pating asks of Bitcoin, “Is it truly necessary?”

In that EO, he told the White House Office of Science and Technology Policy (OSTP) to coordinate an interagency report on cryptocurrency’s climate and environmental effects.

“The administration places the highest urgency on research and development efforts into the potential design and deployment options of a United States CBDC,” the EO reads.

In his remarks at the Bitcoin conference, Thiel argued that ESG has many parallels to the CCP.

“What’s the difference between ESG and CCP — the Chinese Communist Party? They are into social and governance. Environmental is sort of fake — it’s probably also fake in a lot of these cases, ”he said. “When you think ESG, you should be thinking CCP.”

“As far as I can tell, the only things that are not liked [by ESG] are some of the carbon industries and Bitcoin, ”he later added, speculating that companies in other industries are subject to greater government control when they become publicly traded.

More and more companies worldwide are committing to ESG statements. One source of pressure for ESG is BlackRock, the world’s largest asset manager.

Stakeholder capitalism is all about delivering long-term, sustainable returns for shareholders. And transparency around your company’s planning for a net zero world is an important element of that. But it’s just one of many disclosures we and other investors ask companies to make. As stewards of our clients’ capital, we ask businesses to demonstrate how they’re going to deliver on their responsibility to shareholders, including through sound environmental, social, and governance practices and policies, ”BlackRock CEO Larry Fink wrote in his 2021 Letter to CEOs.

Fink came in for criticism by Thiel during his Miami speech when he highlighted a quotation from Fink: “I see huge opportunities in a digitized crypto-blockchain-related currency and that’s where I think it’s going.”

“The Larry Fink quote is sort of representative of a whole genre of anti-Bitcoin things,” Thiel said.

“Pro-blockchain is an anti-Bitcoin term, very typically. It’s like, ‘I love the Bitcoin, but, you know, not so sure about this Bitcoin,’ ”he added.

He grouped Buffet and Dimon with Fink as “the finance gerontocracy that runs the country through whatever silly virtue signaling slash hate factory term like ESG they have.”

Last year, Thiel described himself as “underinvested” in Bitcoin.

The Epoch Times has reached out to Thiel Capital for details on Thiel’s current stake in Bitcoin and in any of the infrastructure used to mine Bitcoin.

Thiel has made headlines in recent months for his resignation from the board of Meta and increasing involvement in US politics, including through financial backing for candidates such as JD Vance, and gatherings like the National Conservatism Conference in 2021.

In his keynote at the conference, Thiel criticized what he described as dogmatism in science, including on the topic of climate change.

“When you have to call things science, you know they aren’t — like climate science or political science,” he said.