We Cannot Count on the CCP for Honesty: Rep. Wenstrup 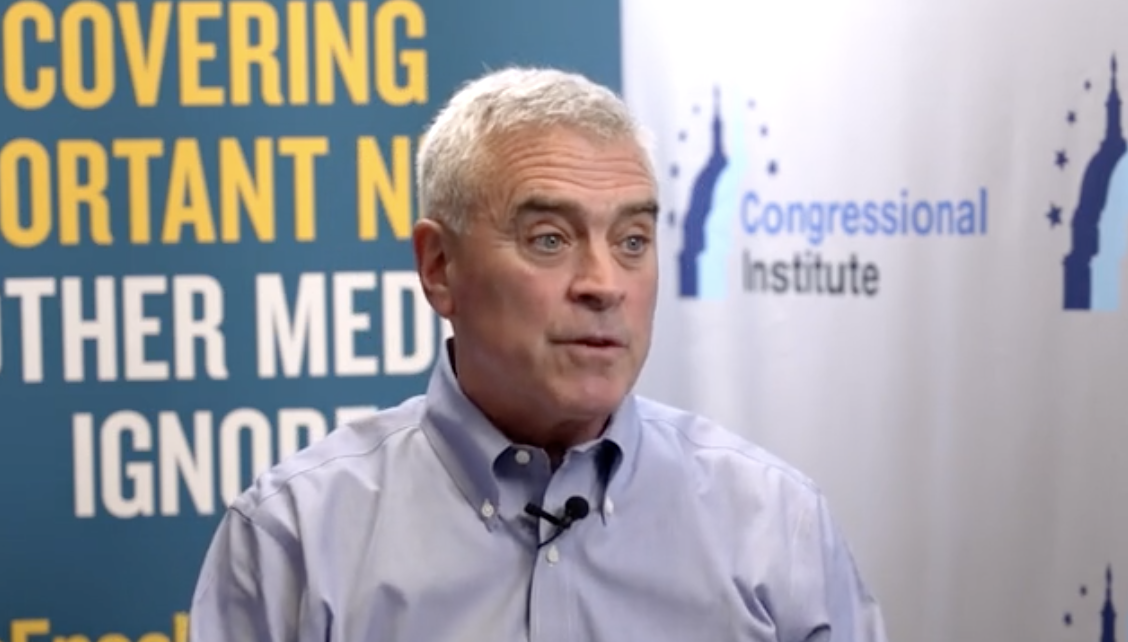 Rep. Brad Wenstrup (R-Ohio), co-chair of the House Doctor’s Caucus, says America cannot count on the Chinese Communist Party (CCP) or the World Health Organization (WHO) to be honest after the world witnessed their lack of transparency inflame the global CCP virus pandemic back in 2020.

“The purpose of an organization like the WHO is to exist on behalf of humankind. We have not seen that always play out. ” Wenstrup told the host of NTD Capitol Report Steve Lance during a recent interview, adding that “we’ve got to be prepared as we go forward.”

“So, how do we get ready for that? Understanding physiologically what this virus does to the body, fight… the effects of the virus itself, monoclonal antibodies, etc. So, we’ve really got to be focusing on treatments as much as anything else. ”

Shanghai, a city of 26 million residents, recently extended its stay-at-home order as it reviews the results of a new round of COVID testing conducted on April 4. The city officials reported a record of 8,581 asymptomatic cases and 425 symptomatic cases on Monday.

Residents of the city and experts, however, suggest the recent outbreak may be more severe than what’s officially being disclosed, due to the regime’s routine practice of significantly downplaying or covering up information that it deems harmful to its image.

Wenstrup noted that while he is vaccinated, he knows he can still get infected, and with the potential for a more deadly variant or a new virus in the future, he wants more emphasis to be placed on natural immunity and a variety of treatments that have been neglected, or even maligned, by legacy media outlets and officials.

The Biden administration has promoted vaccination as the way to end the pandemic and stay safe and has done little to publicize or advance other known medical treatments to help people once they are infected or experiencing severe symptoms.

Recently, the Biden administration set up a new site, COVID.gov, which provides links to locations with free N-95 masks and vaccines, as well as ways to get mail-in COVID tests, but no mention of how to access other medical treatments.

Renowned cardiologist, epidemiologist, and outspoken critic of vaccine mandates Dr. Peter McCullough says early treatment and natural immunity are safe and effective against COVID-19, but federal health agencies have ignored these in a push for vaccines, the broad use of which he says is not needed.

“The government has certainly been in an oblivion in terms of early treatment,” he told The Epoch Times in January.

“Our CDC, FDA, and NIH have had no effective messaging on early treatment, even the emergency use-authorized monoclonal antibodies, which are safe and effective,” McCullough said. “And even on the new Merck and Pfizer drugs, which are basically absent in terms of the media, despite being recently distributed across the United States.”

And so, treatments are going to be a big part of this, regardless of whether you’ve been vaccinated or not. So that’s where I think we need to focus, as well as contain things when they occur, and especially if the next variant is more deadly, then we’ve got to be ready to adapt to that, ”said Wenstrup.

In the United States, public health officials have also been accused of putting politics before public safety, and Wenstrup wants to see that change.

“This is something that should have united us as a country, you know, that this virus coming from China has now attacked our country,” said Wenstrup. “Let’s work together on defeating it,”

Dorothy Li and Harry Lee contributed to this report.