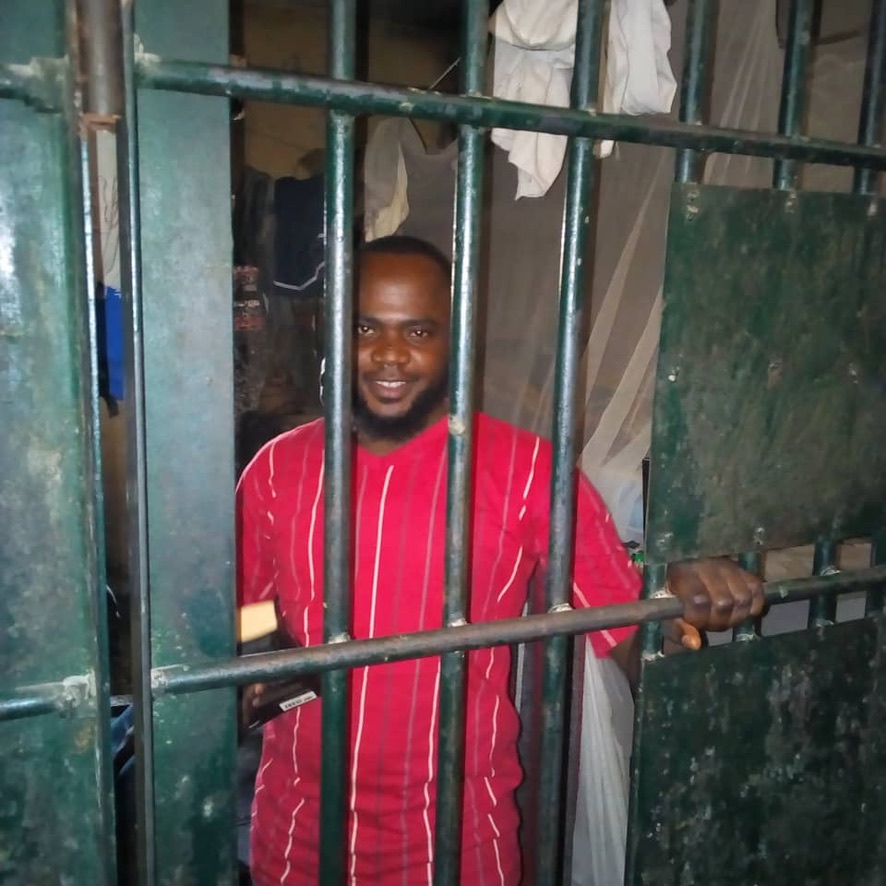 BIRNIN KEBBI, Nigeria — Press freedom in Nigeria is under growing attack, according to media watchdogs and reporters interviewed by The Epoch Times.

That’s the opinion of human-rights lawyer Yakubu Bawa, who spoke to The Epoch Times in his office in Jos.

“Nigeria is fast becoming a hostile environment for press freedom,” Bawa said. “That this is happening in a democratic dispensation is unacceptable,” said Bawa, chairman of the Nigerian Bar Association in Plateau state.

Intimidation of reporters typically falls into two types — first by government officials and second by criminals and terrorists.

Nowhere is the threat to reporters greater than in the killing fields of Kaduna in Nigeria’s north-central region.

“There is a total clampdown of journalists in Kaduna state,” said Jonathan Asake, president of the Southern Kaduna Peoples Union (SOKAPU) to The Epoch Times in February.

“Make an attempt to report any incident and be arrested,” said Asake in a phone call. “That is why journalists see these attacks and displacements and a lot of time they are not courageous enough to report them.”

Luka Binniyat, an Epoch Times contributor in Kaduna, was jailed for reporting terrorist attacks that drove the umbrage of high officials.

Binniyat was arrested by Kaduna police on Nov. 6, 2021, on charges of defamation of character and injurious falsehood, which were later changed to “cyber-stalking.”

The arrest followed his reporting of a massacre in Madamai, Kaduna, during the summer, published on Oct. 29 in The Epoch Times. The story quoted local lawmakers that contradicted the claims of Kaduna officials regarding the attack.

A similar fate befell social media journalist Steven Kefason, who ran afoul of the county authorities in Kajuru, in Kaduna, in 2019 simply by reposting images from the county chairman’s own Facebook page.

Kefason found himself on the controversial charge of “cyber-stalking”, too.

Like Luka Binniyat, he suffered for months in the unsanitary and dangerous Kaduna prison as he waited for a magistrate to grant him bail.

Both Kefason and Binniyat are still waiting for the courts to finish trying their cases, with the result that they are constantly under threat of re-arrest.

Kefason recently has gotten threats from the non-government sector, too, that is, from terrorists or persons impersonating them.

Although Kefason writes articles from undisclosed locations since getting out of prison, he got a threatening phone call on Feb. 7.

“The caller said he will track me down,” said Kefason, who added that he got a death threat in an unsigned letter last year.

The unsigned two-page, handwritten letter obtained by The Epoch Times accused Kefason and a local Pastor, Gideon Mutum, of insulting the Fulani tribe in his reports.

The Fulani — a large ethnic group in West Africa with more than 20 million members in Nigeria — has been blamed for thousands of murders in the country.

“We have not forgotten your [reports] in the media about us [Fulani]”The letter says,“ You have insulted the Fulani for long and do not think you will escape this time. ”

Efforts to punish journalists such as Binniyat and Kefason drew a rebuke from human rights attorney Nina Shea, a scholar at the Hudson Institute in Washington, DC

“Northern Nigeria gives a whole new meaning to ‘cancel culture,’ Shea wrote in a text to The Epoch Times. “To report the facts of Fulani atrocities against defenseless citizens, journalists and witnesses brave threats of violence, death, and imprisonment, not only de-platforming,” Shea wrote.

“Moreover, it is clear from this assault on the free press that certain high-level government officials and security forces are collaborating with Fulani militants and terrorists in the silencing of reporters.

“That these two sectors are jointly trying to hide the facts of continuing mass killings and mayhem by one ethnoreligious group against others is strong support for the argument that a genocide is unfolding — with government approval, if not active involvement,” Shea wrote.

More than 500 reporters and media workers have suffered “disturbing” violations under President Muhammadu Buhari, according to a joint report by Media Foundation for West Africa (MFWA) in collaboration with the Nigerian Union of Journalists (NUJ), Open Society Initiative for West Africa (OSIWA) and the Hewlett Foundation.

Eight reporters have been murdered since President Muhammadu Buhari came to power in 2015, and half of the deaths were never investigated, according to Sahara Reporters.

Broadcast stations also have been sanctioned for breaking the country’s controversial broadcasting codes, said local reporters to The Epoch Times.

According to local media, a letter from NBC addressed to officials of the station’s branch in Kaduna claimed the sanction was for airing content harmful to national security.

More than 80 stations have been sanctioned by the NBC in recent years.

In Plateau state, Epoch Times contributor Masara Kim was jailed for two days by the Department of State Services in September 2020 after he published a sourced story about planned attacks in the State. Kim told The Epoch Times his life has been under threat since his arrest.

In far northwest Kebbi state, attacks by terrorists have been snowballing in recent years, yet government spokesmen have perfected the art of stonewalling.

“Even when you try to get official comments for use in a story, they could keep you waiting for days,” said one Kebbi-based reporter who asked for anonymity for fear of reprisal.

The government has also intimidated community members from speaking to the press about attacks, according to reporter Yazeez Umar to The Epoch Times.

“I have interviewed villagers who told me securities have warned them from talking to any journalists,” Umar said.

The commissioner of information in Kebbi, Audu Garba, called the claims “mere allegations.”

Everyone who has been following knows that His Excellency [the Governor of Kebbi] has been doing to ensure communities are secure, ”said Garba to The Epoch Times in a phone call.

But on 20 Jan, Gov. Abubakar Atiku Bagudu warned against “destructive” reporting of attacks during a condolence visit to eight communities attacked on Jan. 14 in eastern Wasagu county reported by Sun newspaper.

In neighboring Zamfara state, where thousands of bandits attack towns with impunity, officials evade queries from journalists according to reporters speaking to The Epoch Times in Gusau, the state capital.

“In Zamfara, attacks occur on a daily basis, but nobody is speaking,” said reporter Abdulrazak Bello. “Many of the attacks are not reported by the villagers because they could be attacked again.”

A former county chairman in nearby Sokoto state, Idris Gobir, told The Epoch Times he had been targeted by bandits for speaking to journalists about attacks.

“All the glasses [windows] of my car were shattered recently when I was ambushed, ”Gobir said,“ I know I am being targeted but I will not stop talking. ”