Walmart Offering New Truck Drivers Up to $ 110,000 a Year Starting Pay Amid Shortage 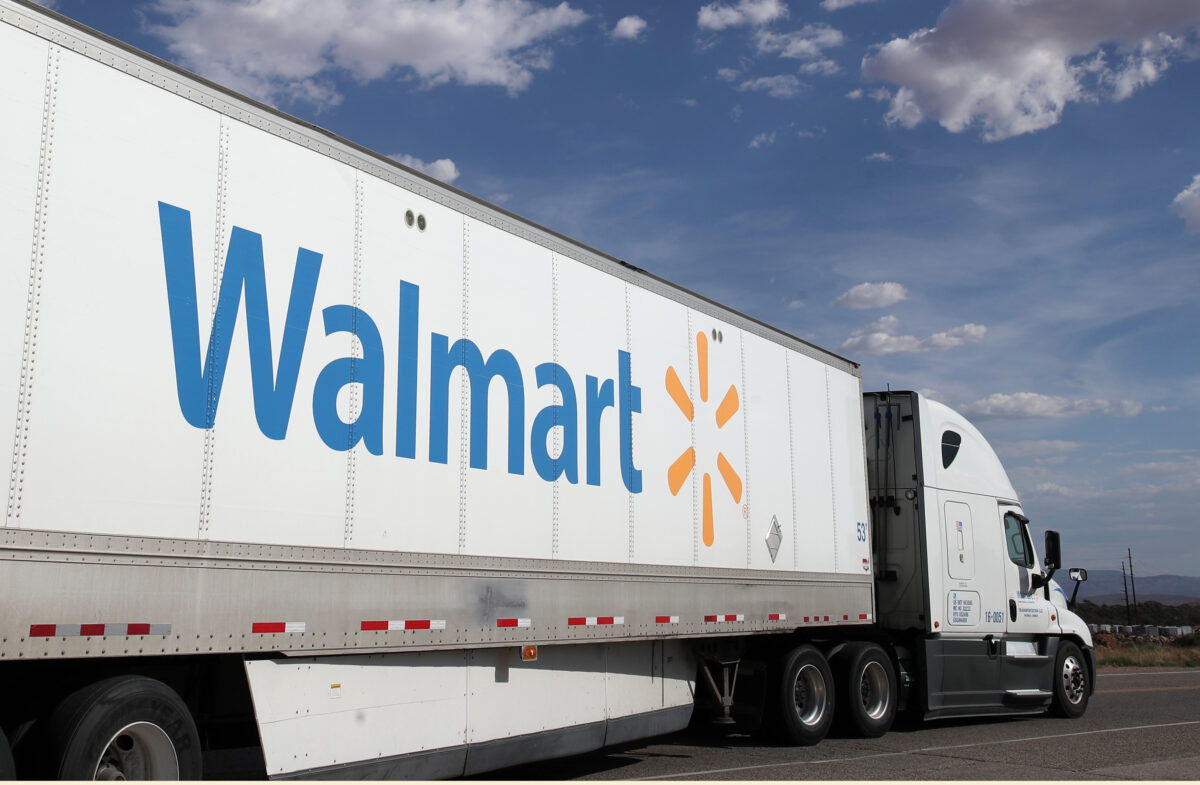 Walmart Inc. is offering new truck drivers up to $ 110,000 in their first year with the company, the retail chain announced on April 7.

The announcement comes amid a nationwide trucking shortage that has been further exacerbated by the COVID-19 pandemic and job losses as drivers look for alternative employment offering better pay, benefits, and working conditions.

“Our approximately 12,000 drivers are deeply dedicated to safety and professionalism, and today, we’re proud to announce pay raises to ensure Walmart remains one of the best companies in the world to drive for,” the company said in a blog post on Thursday .

“These latest investments mean Walmart drivers can now make up to $ 110,000 in their first year with the company. And that’s just a start — drivers who have been with Walmart longer can earn even more, based on factors like tenure and location, ”Walmart added.

Through this, the retailer said, supply chain workers in Dallas, Texas, and Dover, Delaware, earned their commercial driver’s licenses — which can cost between $ 1,000 and $ 8,000 — and became “full-fledged Private Fleet Walmart drivers.”

The program is taught by the company’s “established drivers” who are called “Certified Driver Trainers.”

“They turned their attention to training a new generation of associates in our values ​​of safety, courtesy and pride,” Walmart said. “After completing specialized training in the Walmart Academies, they began working with trainees — teaching written material and, of course, overseeing the actual driving.”

According to Glassdoor, the average salary for a long-haul driver is $ 57,288 a year, meaning Walmart’s starting wage is nearly double the standard amount.

However, the most recent annual data from the Bureau of Labor Statistics states that the median annual pay for heavy-truck and tractor-trailer drivers was $ 47,130 in 2020. That figure has increased by about 3 percent to 4 percent annually, The Wall Street Journal reported.

Walmart’s announcement comes as the COVID-19 pandemic has further worsened trucker shortages as demand to move freight, of which roughly 70 percent is delivered by trucks in the United States, soars.

In December 2021, the US Department of Transportation and the US Department of Labor launched a Trucking Action Plan to boost the number of truck drivers by creating new pathways into the profession, cutting red tape to expand high-quality training through Registered Apprenticeship, and laying the foundation for improving job quality to keep people in the profession. ”

On April 4, American Trucking Associations (ATA), which has become a registered apprenticeship sponsor, appeared at the White House to speak about the new public-private initiatives designed to help recruit new truck drivers and bolster the US supply chain amid a shortage of drivers.

“Investing in our workforce never stops. It’s a constant. Our industry needs an additional 80,000 commercial truck drivers if we’re to meet consumer demand. We welcome the support of all elected officials as we recruit and train more talent into this critical industry, ”ATA President and CEO Chris Spear said in a statement.