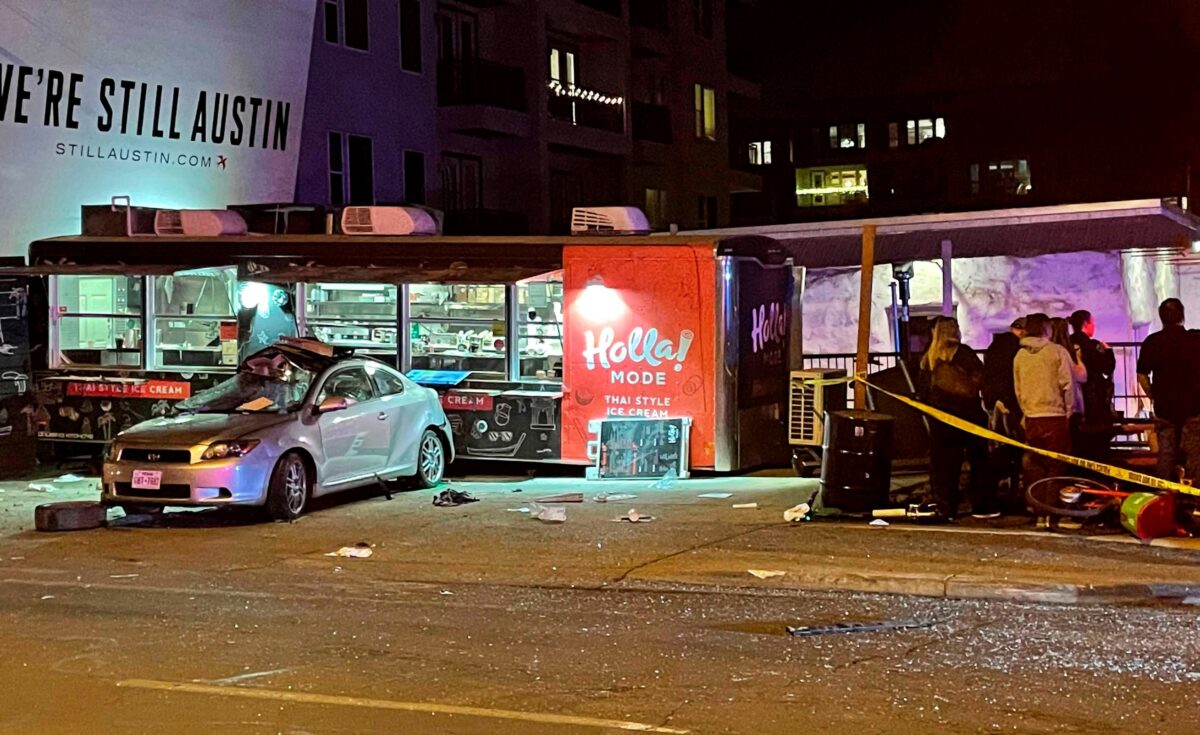 AUSTIN, Texas — Eleven people were injured in a “major collision” Friday night in Austin, Texas, involving pedestrians and two vehicles, one of which hit a food truck, authorities said.

The collision occurred in a popular area near downtown Austin where there are frequently several food carts stationed.

Jennifer Dunn, an employee at a nearby restaurant, told The Associated Press that a group of 25 people had just left to get ice cream at a food truck a few feet away when patrons inside the restaurant heard a loud boom.

Dunn said several members of the group then ran back inside injured and asking for help. Dunn said she and others ran to the scene where several people, including the drivers, appeared severely hurt.

“We work in the restaurant industry, so we are used to helping,” Dunn said. “I have been doing this for a long (time), so have the servers and we just wanted to help.”

Austin is the Texas state capital and home to the flagship campus of the University of Texas.