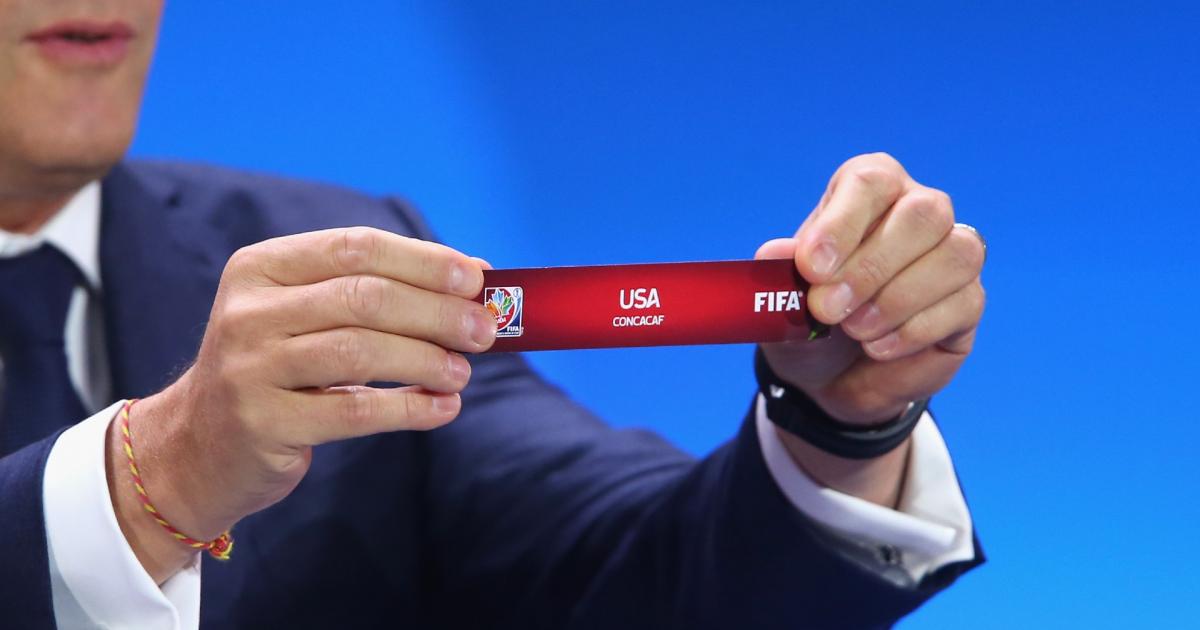 The United States became the final team in the March international window, alongside CONCACAF rivals Mexico, to qualify directly for the 2022 World Cup.

With just three spots left to fill, the World Cup draw is moving forward full steam ahead on Friday, April 1 with 29 teams and three placeholders allotted for the three berths that remain to be decided in June.

Below is a full rundown of the pots that will include the United States, Canada and Mexico, according to a number of early reports:

How does the World Cup draw work?

All participating teams will be placed into four pots based on relative strength according to the FIFA rankings. During the draw, one team will be selected from each of the pots to make up each of the eight groups. The idea is that all the groups are constructed to be as competitively balanced as possible.

For the 2022 World Cup, COVID-19 delays throughout the two-year World Cup qualifying cycle have caused a logjam in the soccer calendar, seeing games pushed back. That resulted in qualifying delays, leading to the intercontinental playoffs to be pushed back to June 2022. In addition, the war in Ukraine saw Russia disqualified from contention, while Ukraine’s playoff match was postponed until the summer as well.

As a result, for the purposes of the draw, FIFA has designated placeholders for the three outstanding berths and placed them by default in Pot 4. That designation may not ultimately turn out to be an actual reflection of the strength and ranking of the teams that will emerge in June.

Teams like Ukraine, Wales, or Peru would have earned a different pot status had the playoffs been decided before the draw. As it stands, there are sure to be one or two groups that will prove a tad more difficult depending on whether these teams ultimately qualify. But there were few options at FIFA’s disposal outside of postponing the draw.

The United States had an outside chance to find itself in Pot 1 of the World Cup draw, but that would have required a number of results that did not come to pass.

As a result, the United States will be drawn from Pot 2 at the 2022 FIFA World Cup draw.

Ranked 13th in the FIFA World Rankings in February, the results from the March qualifying window — a draw in Mexico, a win against Panama and a loss to Costa Rica — won’t impact the USA’s world ranking enough to see it move up into Pot 1 or down to pot 3.

Mexico, which ranked 12th in the February FIFA World Rankings and finished second in the CONCACAF qualifying table, will also join the USA in Pot 2,

El Tri wasn’t able to make the leap into Pot 1, while a cavernous drop to Pot 3 was never on the table.

Canada, meanwhile, will be selected from Pot 4which is the group of lowest-ranked teams at the World Cup.

Despite Les Rouges topping the CONCACAF World Cup qualifying table and securing a place at its first World Cup in 36 years, two losses in three March matches (to Costa Rica and Panama) saw the team drop into Pot 4 at the last second, with a Chance to move into Pot 3 evaporated.

A win against Panama in the final regional qualifier would have seen it jump into Pot 3.

Below is the full breakdown of all eight teams in each 2022 World Cup draw pot.

As the host nation, Qatar is automatically placed in Pot 1 regardless of its actual World Ranking, and it will be drawn automatically into Group A. This is done in order that the host nation can be scheduled to play the opening match of the tournament, though there is also a competitive benefit that derives from that: namely, the host can avoids a group including the top-seeded teams.

Behind Qatar in Group A, the other seven groups will be filled out with a Pot 1 participant from Group B through Group H. The same process will repeat itself with teams from Pots 2-4.

No group can have two nations from the same region, except when it comes to Europe. Since there are 13 European nations in the draw, there can be a maximum of two teams from Europe in each group. If a team is drawn, but cannot be accommodated in a group due to geographic restrictions, it is shuffled along to the next group.