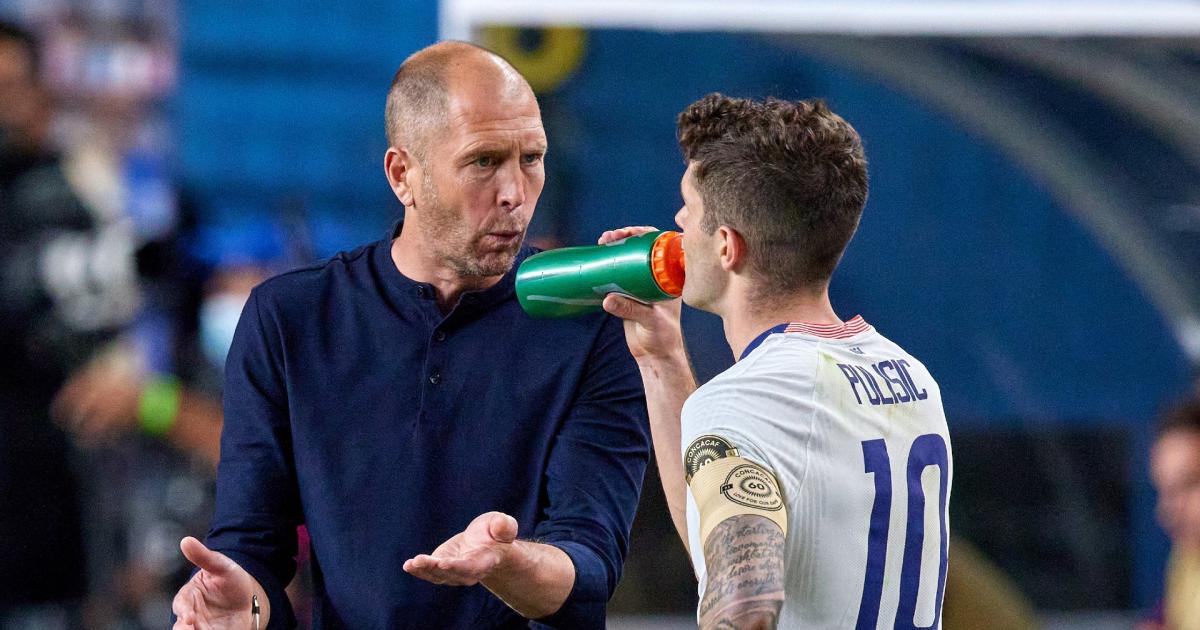 The United States across its FIFA World Cup history has proven to be an enigma, a consistent participant yet one that has failed to break through to the upper echelon of footballing nations.

Participating in the inaugural World Cup in 1930, that tournament is a good representation of the USMNT’s World Cup history, reaching the semifinals before falling to Argentina 6-1. Since, they’ve reached the World Cup 10 times in 21 tournaments, missing a long stretch between 1954 and 1986 before establishing themselves as a consistent participant.

The miss to qualify for the last tournament was painful, and a return to the 2022 event is a positive for the federation. However, there will be aspirations of reaching the knockout stage, and even potentially winning a game, and a group stage exit would be seen as a disappointment, likely received as yet another wasted cycle.

A team with plenty of talent entering its prime, the squad is bursting with promise for the future. However, there are only so many World Cups to capitalize on a window of talent, and it feels like this cycle is the start of that window. Christian Pulisic, Weston McKennie, and Tyler Adams are both 23, while Brenden Aaronson, Gio Reyna, and Ricardo Pepi are all 21 years old or younger.

The future is now for the United States, as this tournament is the first of a realistic three-World Cup window for this group of talent. It cannot be wasted.

MORE: How does the World Cup draw work?

Christian Pulisic is the most well-known player in the USMNT squad, but he is far from the only contributor.

Weston McKennie is the midfield engine, and his recovery from a broken foot will be critical to any success the US wishes to engineer, while Tyler Adams has developed into a young leader.

The United States is one of the youngest teams at the World Cup, with a youth core that should be together for nearly a decade. This team is stacked at the wing position, with four starting-caliber wingers in Christian Pulisic, Gio Reyna, Brenden Aaronson, and Tim Weah, necessitating a possible drop for Reyna into midfield.

There is also a wealth of talent in midfield for the US, with the development of a partnership between McKennie and Adams that makes the team formidable in possession.

The two areas of weakness for the US squad come at either end. At goalkeeper, the team has two players at Man City and (soon) Arsenal, but neither starts for their club, so form will be a problem for Gregg Berhalter to sort through. At the striker position, the team has been unable to replace the presence of Jozy Altidore, and while young talents like Ricardo Pepi and Jesus Ferreira provide hope for the future, they do not yet appear to be ready to carry the goalscoring load.

Who is USMNT head coach?

Gregg Berhalter, a former US international defender who has 44 caps for the USMNT, was hired following the failure to reach the 2018 World Cup.

The hire was somewhat controversial, as Berhalter’s coaching resume prior to his time with the national team didn’t quite inspire confidence, and there were allegations of nepotism as his brother Jay was chief commercial officer of US Soccer at the time of the hire.

Since, however, Berhalter has successfully quieted doubters with successes such as the 2021 Gold Cup title and winning the inaugural CONCACAF Champions League. He has also ushered in a new youth movement that has seen unprecedented levels of young talent to earn significant minutes with the national team.

USMNT in the FIFA World Cup

The United States has been involved in World Cup competition since the competition’s inception in 1930, reaching the semifinals of the very first World Cup.

Overall, the nation has qualified for 10 competitions, and has been a regular contender to exit the group stage. However, the knockout rounds have baffled the North Americans, with just a single knockout stage victory in history. That came against Mexico in 2002, meaning the US has never won a knockout stage game against a team from another confederation.

There were a number of recent near-misses that indicate the United States is close to breaking through, including the extra-time loss to Ghana in 2010 and the Tim Howard game against Belgium in 2014. Infamously, the US did not qualify for the 2018 World Cup in Russia.

*Does not include semifinal appearance in 1930, a tournament which featured only 12 teams and a four-team knockout stage.