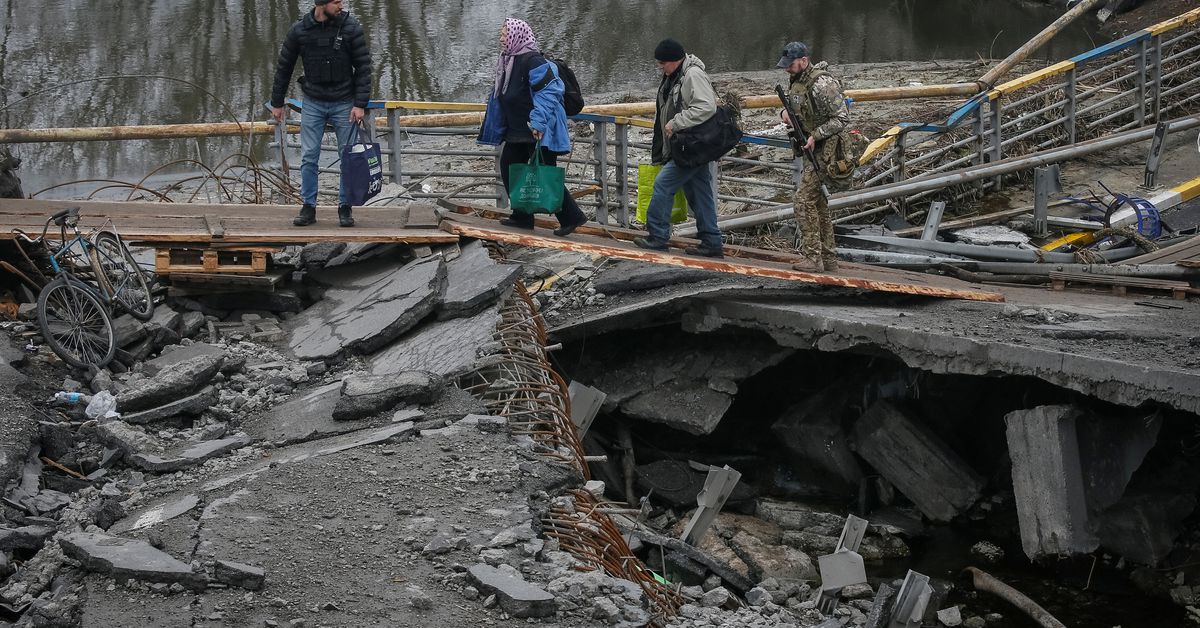 People cross the Irpin river near a destroyed bridge as they evacuate from Irpin town, amid Russia’s invasion of Ukraine, outside of Kyiv, Ukraine April 1, 2022. REUTERS/Gleb Garanich

WASHINGTON, April 1 (Reuters) – The United States will work with allies to transfer Soviet-made tanks to Ukraine to bolster its defenses in the Donbas region, the New York Times reported on Friday, citing a US official.

The transfers, requested by Ukrainian President Volodymyr Zelenskiy, would begin soon, the unnamed official said, according to the Times. The official declined to say how many tanks would be sent or from which countries they would come, the paper said.

The Pentagon declined to comment to Reuters. The White House did not immediately respond to a request for comment.

The tanks would allow Ukraine to conduct long-range artillery strikes on Russian targets in the Donbas region of southeastern Ukraine bordering Russia, the official said, according to the Times.

It marks the first time in the war that the United States has helped transfer tanks, the newspaper said.