US government bonds and stocks drop after hot jobs report 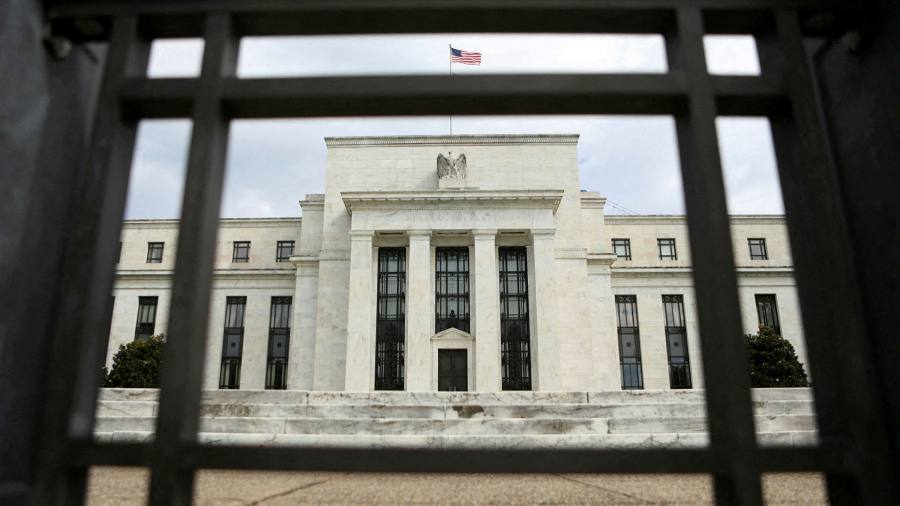 Treasury yields shot higher after the closely watched US jobs report showed employers added 528,000 jobs in July, more than double the 250,000 expected by economists and up sharply from 398,000 in June.

The two-year Treasury yield, which is sensitive to monetary policy expectations, surged more than 0.2 percentage points to 3.27 per cent — a sharp jump for a market that typically moves in small increments. Longer-dated bonds came under more subdued pressure.

Meanwhile, the S&P 500 was down 0.4 per cent by the afternoon as traders worried about the prospect of further hawkish rate rises from the Fed. The tech-heavy Nasdaq Composite, the components of which are particularly sensitive to interest rates, was down 0.8 per cent. Both indices had recouped some losses from earlier in the day.

“The narrative is going to be that it’s come in way too hot, the Fed is right, and the markets were wrong,” said Jim Paulsen, chief investment strategist of The Leuthold Group. “I think it’s a muted response. , , on the stock and bond market relative to the emotion generated by the headline numbers.”

The jobs data cap a week in which market participants boosted expectations for tighter monetary policy in the US after remarks from several Fed officials.

San Francisco Fed president Mary Daly said the central bank was “nowhere near” done with its fight to cool inflation, which continues to run at 40-year highs. Chicago Fed president Charles Evans said he thought that a 0.5 percentage point increase at the next policy meeting in September would be appropriate. However, he left the door open to a larger 0.75 percentage point rise, which he said “could also be okay”.

Trading in federal funds futures on Friday showed that markets are expecting the Fed’s main interest rate to peak at 3.64 per cent in March 2023, up from 3.46 per cent before the release of the jobs report. The federal funds rate currently stands at a range of 2.25-2.50 per cent.

The strong jobs data, which also showed the unemployment rate returning to a half-century low, helped allay some concerns that the world’s biggest economy may be headed for a recession. It could also give the Fed impetus to continue with its rapid rate increases, after it pushed borrowing costs higher by 0.75 percentage points in June and July.

“The unexpected acceleration in non-farm payroll growth in July, together with the further decline in the unemployment rate and the renewed pick-up in wage pressure, make a mockery of claims that the economy is on the brink of recession,” said Michael Pearce, economist at Capital Economics, who added that “all the details [of the report] appear to support continued aggressive rate hikes from the Fed”.

However, the job report’s effect on the Treasury market exacerbated the extent to which yields on two-year Treasuries exceed those on the 10-year note. This so-called inversion of the yield curve is typically regarded as an indicator of an impending economic contraction. Following the data, the spread between the yields was at its most inverted since August 2000.

The US dollar followed Treasury yields higher on Friday, with an index tracking the currency against half a dozen peers up 0.8 per cent. The pound and euro each dipped about 0.6 per cent, while the Japanese yen tumbled about 1.7 per cent.

In equities European stocks fell, with the regional Stoxx 600 closing down 0.8 per cent. Asian shares made gains, with Hong Kong’s Hang Seng index up 0.1 per cent.

Ether is up 100% since its bottom in June, massively outperforming bitcoin

Rally Won’t Do This; BBBY Crashes In ‘Reversion To The Meme’