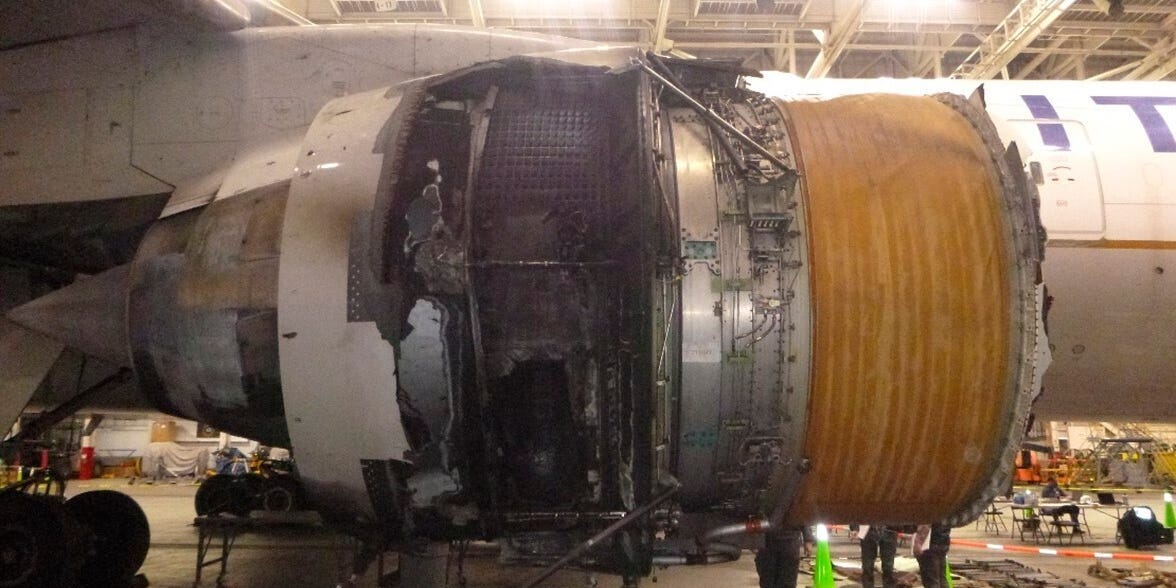 United Airlines is delaying the return of Boeing 777 planes that contain the same engines as one that failed and shed debris over Denver last year.

CNBC reported the news on Friday.

Dozens of planes containing Pratt & Whitney 4000 engines have been grounded since the incident in February last year. The Boeing 777 jet had been headed for Honolulu, Hawaii, but was forced to return to the airport when its right engine failed. Debris fell from the plane but no injuries or damage to property was reported.

“Due to the delay in the return of our PW777 aircraft to active service, the May flight schedule is being reconfigured to account for the lack of these aircraft,” United told pilots in a note circulated on Friday and seen by CNBC.

CNBC reported that 52 United planes carried the Pratt & Whitney 4000 engines. The aircraft are now unlikely to return until at least May 12.

“We continue to work conscientiously with Boeing, Pratt & Whitney and the FAA to safely return these aircraft to service soon, and our current plan will allow them to return in the second half of May,” United told Insider in a statement.

Boeing did not immediately respond to Insider’s request for comment made outside of normal working hours.

The delay marks the latest signal of safety fears around some Boeing aircraft. On Tuesday, an Air France pilot was recorded as he seemingly struggled to control a Boeing 777 in Paris as it arrived from New York.

In March, China grounded its entire fleet of Boeing 737-800 passenger jets after a China East airliner with 132 people crashed in the southern Chinese region of Guangxi.

KYNDRYL TO SPEAK AT THE JP MORGAN GLOBAL TECHNOLOGY, MEDIA AND COMMUNICATIONS CONFERENCE