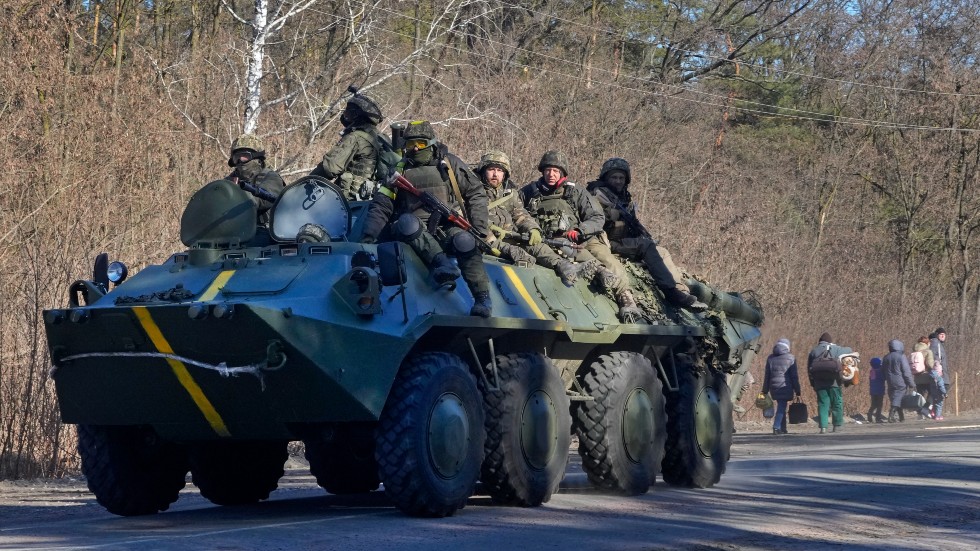 Ukrainian civilians were executed and left lying in the streets of Bucha, Ukraine, and hundreds of people were buried in mass graves in the city, which lies just outside of the capital of Kyiv, according to Ukrainian officials.

Ukraine presidential adviser Mykhailo Podoliak shared a photo appearing to show bodies lying in the streets of Bucha with hands tied behind their backs. Podoliak said the people had been shot dead by Russian troops.

“These people were not in the military. They had no weapons. They posed no threat,” he tweeted, “How many more such cases are happening right now in the occupied territories?”

Ukraine on Saturday announced it had regained full control of the Kyiv region amid the withdrawal of Russian troops from the area.

“The Ukrainian city of Bucha was in the hands of [Russian] animals for several weeks. *Local civillians were being executed arbitrarily*, some with hands tied behind their backs, their bodies scattered in the streets of the city,” the ministry tweeted.

In addition to the bodies strewn across the street, Bucha’s mayor, Anatoly Fedoruk, told news outlet AFP that 280 people had been buried in mass graves.

“All these people were shot,” he told the outlet.

AFP reported that its journalists saw at least 20 bodies lying on a single street.

Russian President Vladimir Putin has been accused of committing war crimes in his invasion of Ukraine, which he launched more than a month ago. Bombings of civilian structures in the city of Mariupol, including of a maternity hospital and of a theater, where hundreds were killed, have been described as war crimes, as have a number of other Russian attacks.

UK Foreign Secretary Liz Truss on Saturday said she was “appalled” by the images captured in Bucha and said she was working to collect evidence of war crimes.

“Reports of Russian forces targeting innocent civilians are abhorrent,” she tweeted. “The UK is working with others to collect evidence and support [International Criminal Court] war crimes investigation. Those responsible will be held to account.”