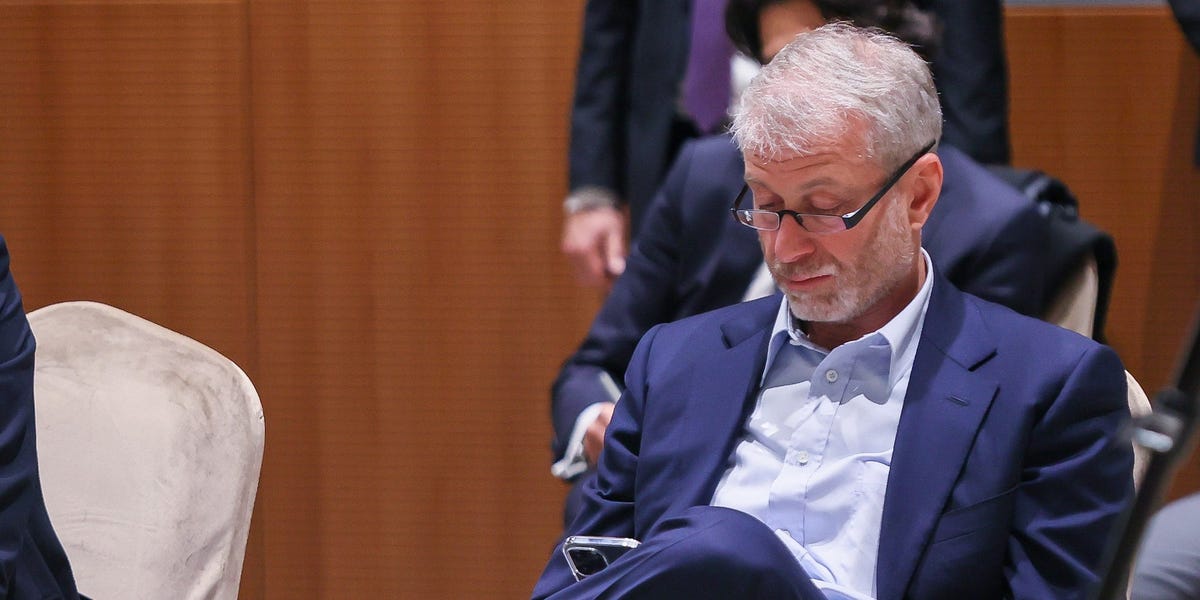 A Ukrainian ambassador said he had “no idea” what Roman Abramovich was doing at peace talks between Russia and Ukraine, the BBC reported.

The Russian oligarch was seen attending negotiations between the two countries in Istanbul, Turkey, on Tuesday. He was pictured sitting at the back of the room where the talks were held.

Vadym Prystaiko, Ukraine’s ambassador to the UK, told the BBC: “I have no idea what Mr. Abramovich is claiming or doing. He is not a part of the negotiation team.”

“I don’t know if he’s buying his way out somehow or if he’s really useful, that’s very difficult to tell,” Prystaiko added. It is unclear whether Prystaiko was at the talks himself.

The nature of Abramovich’s role in the talks is also unclear.

Both Russia and Ukraine have said he was not an official member of their negotiation teams, the BBC reported.

The Kremlin and Dmitry Peskov told reporters Tuesday that Abramovich was there to “enable certain contacts” between both sides, Reuters reported. Peskov also said Russia had “approved” Abramovich’s participation in the talks, The New York Times reported.

A person familiar with the talks, who spoke on condition of anonymity, told The Times that Abramovich had grown to Rustem Umerov — a key member of Ukraine’s negotiating team — and wants to see the war stopped.

Tuesday was not the first time Abramovich appeared at talks between the two countries since Russia’s invasion of Ukraine on February 24.

He was part of a public round of negotiations in Belarus four days after the conflict started and has since been flying between Ukraine, Russia, Turkey, and Israel, The Times reported.

Abramovich also met with Russian President Vladimir Putin earlier this month, where he personally delivered a note from Ukrainian President Volodymyr Zelenskyy seeking peace, The Times of London reported. The note was rejected by Putin, the newspaper said.

The Wall Street Journal reported that Zelenskyy had asked the US not to sanction Abramovich because he could be helpful in peace talks, and that the US Treasury halted its plans to do so. Abramovich, who owns the Chelsea Football Club soccer team, is sanctioned by the UK government, however.

The Journal and Bellingcat reported that Abramovich and a group of Ukrainian negotiators suffered symptoms from a suspected poisoning in early March. The Kremlin dismissed the report, calling it misinformation.