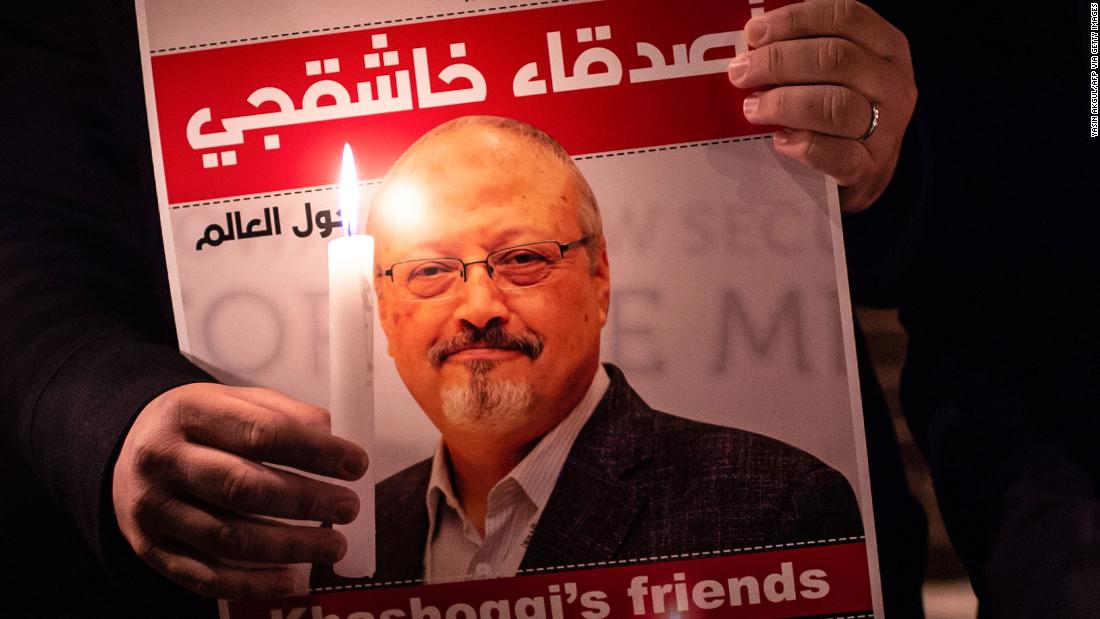 A US intelligence report released a year ago said the prince had approved the operation to kill or capture Khashoggi, but the Saudi government denied any involvement by the crown prince and rejected the report’s findings. The Turkish court also previously rejected requests to add the report to the case file.

Turkish officials said they believe Khashoggi, a prominent critic of the crown prince, was killed and his body dismembered in an operation which President Recep Tayyip Erdogan said had been ordered at the “highest levels” of the Saudi government.

The killing and allegeds strained ties between the two regional powers and led to an unofficial Saudi boycott of Turkish goods, which has slashed Ankara’s exports to the kingdom by 90%.

Israeli and UAE leaders have visited Ankara in recent months, but progress with Cairo and Riyadh has been slower. Erdogan said last month he hoped to take “concrete steps” with Saudi Arabia soon.

The Istanbul court where the 26 Saudi suspects have been on trial in absentia for nearly two years said on Thursday it would ask for the Justice Ministry’s opinion on the request to transfer proceedings, and set the next hearing for April 7.

In 2020, Saudi Arabia jailed eight people for between seven and 20 years for Khashoggi’s murder. At the time Ankara said the verdict fell short of expectations, but has since softened its tone as part of a broader attempt to repair ties.

The Turkish court asked in November for details from Saudi authorities — who had not named the suspects who were sentenced in Riyadh — to avoid defendants being punished twice.

The Turkish prosecutor said Saudi authorities responded by asking for the case to be transferred to them and for the so-called red notices against the defendants to be lifted.

Riyadh also pledged to evaluate the allegations against the 26 defendants if the case was transferred, the prosecutor said.

The prosecutor said the request should be accepted because the defendants were foreign citizens, the arrest warrants and red notices could not be executed and their statements could not be taken, leaving the case in abeyance or suspension.

Defense lawyer Ali Ceylan said he had not seen the response from the Saudi government but would prepare a statement when he does.

The crown prince told The Atlantic monthly in an article published this month that he felt his own rights had been violated by the allegations against him as any person should be considered innocent until proven guilty.