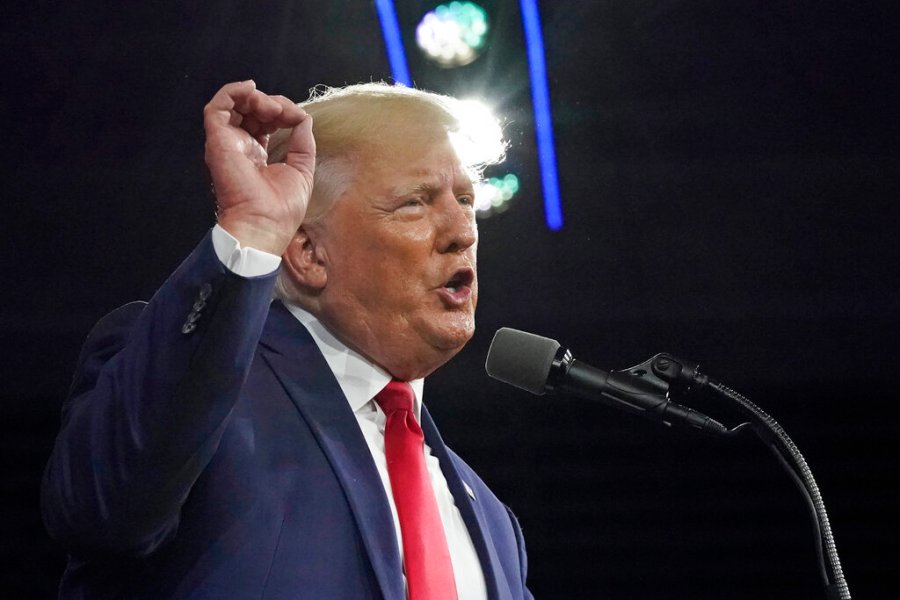 “One thing, while I’m on your show, as long as Putin now is not exactly a fan of our country, let him explain, where did — because Chris Wallace wouldn’t let me ask the question — why did the mayor of Moscow’s wife give the Bidens, both of them, $3.5 million dollars? That’s a lot of money,” TrumptoldJohn Solomon and Amanda Head on the “Just the News” show on Real America’s Voice network.

Trump added that “I would think Putin would know the answer to that. I think he should release it.”

Solomon, a former opinion writer at The Hill, faced scrutiny for his columns during Trump’s first impeachment relating to Ukraine. A review of his columns was later undertaken by The Hill, and they were later annotated with more context after it was established that Solomon had not identified important details regarding his sources.

The former president in the new interview was referencing a controversial 2020 Senate GOP report on President Biden and Hunter Biden, which resulted in little proof of wrongdoing.

Politico reported that the former president himself had in fact pursued business deals with Luzhkov in the ’90s.

Trump’s remarks are likely to divide Republicans who want to align themselves with Trump while remaining fiercely opposed to Putin amid an ongoing Russian invasion into Ukraine, now in its second month.

The former president’s previous remarks in which he called Putin “savvy” and a “genius” led to a rare break from House Minority Leader Kevin McCarthy (R-Calif.).

“I do not think anything savvy or genius about Putin,” McCarthy said at a press conference in the Capitol earlier this month.

The development also comes as a tax crimes investigation into Hunter Biden, which started in 2018, moves onward, with The Wall Street Journal reporting this week that more evidence is being gathered by prosecutors.

It’s also not the first time Trump has called for a foreign government to cause damage to a political rival. During the 2016 election, he called for Russia to release emails from former Secretary of State and Democratic presidential candidate Hillary Clinton’s private email server.

And in 2019, Trump’s first impeachment trial centered on that Trump threatened to withhold military aid for Ukraine unless that country’s president, Volodymyr Zelensky, investigated the Bidens.

The Hill has reached out to the White House for comment.