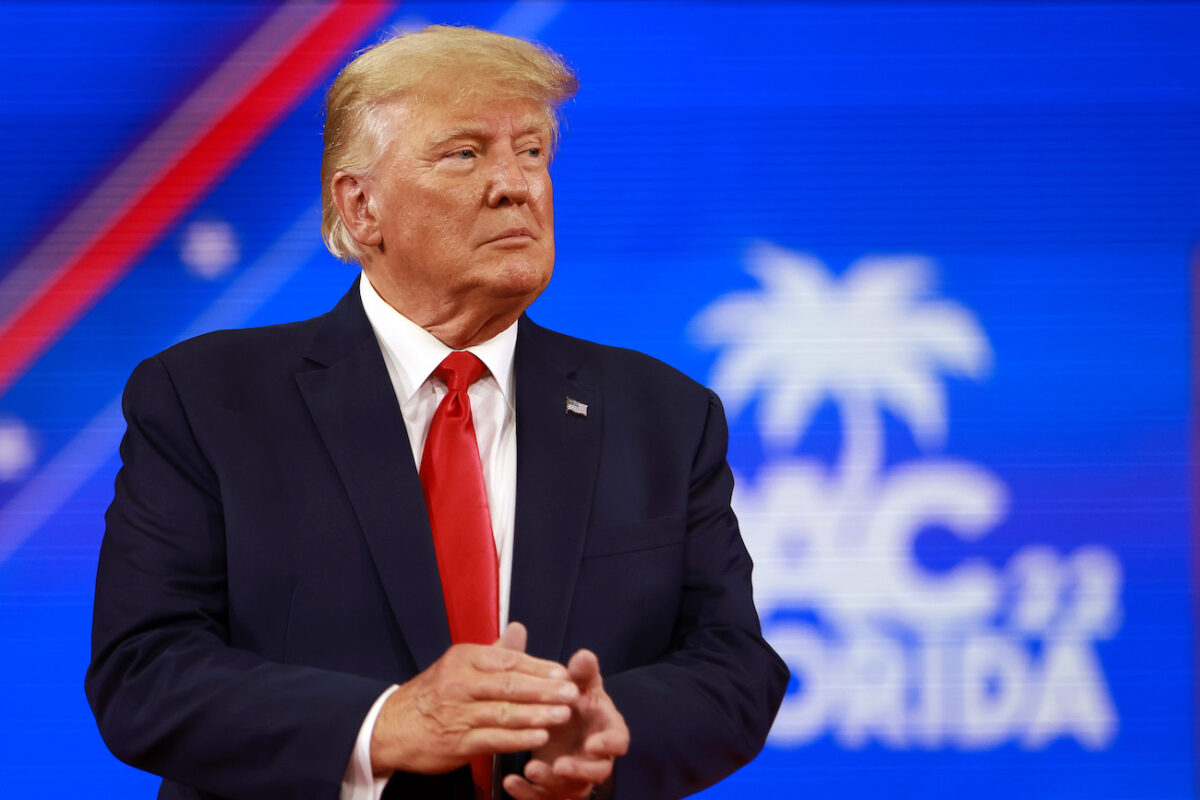 Former President Donald Trump revealed that Secret Service agents blocked him from joining the march to the US Capitol building on Jan.6, 2021.

The former commander-in-chief told The Washington Post Thursday that the “Secret Service said I could not go. I would have gone there in a minute. ”

On Jan. 6, 2021, Trump had spoken during a rally highlighting 2020 election issues while both houses of Congress were in session to certify the election.

“And the mayor of DC also. The mayor of DC and Nancy Pelosi are in charge, ”Trump said, referring to the Democrat House speaker and Mayor Muriel Bowser, also a Democrat.

Referencing a House panel investigating the Jan. 6 incident, Trump told the newspaper that he has not yet been contacted by the committee. His lawyers have invoked executive privilege in a bid to block the committee from issuing subpoenas.

Trump also made reference to several anonymously sourced articles claiming there were gaps in his telephone logs on Jan. 6. Trump said he did not use a burner phone and denied removing call logs.

“From the standpoint of telephone calls, I do not remember getting very many,” he said before adding: “Why would I care about who called me? If congressmen were calling me, what difference did it make? There was nothing secretive about it. There was no secret. ”

Also during the interview, Trump declined to say whether he’s planning to run for president in 2024, noting that his health will factor into his final decision.

“I do not want to comment on running, but I think a lot of people are going to be very happy with my decision, because it’s a little boring now,” the former president remarked.

The Epoch Times has contacted the US Secret Service for comment.