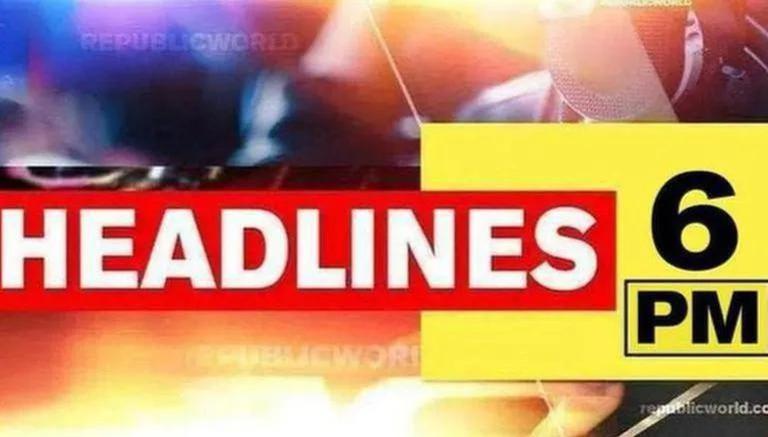 In a bid to resolve their prolonged border dispute spanning over 50 years, Assam and Meghalaya on Tuesday signed a memorandum of understanding (MoU), in New Delhi in the presence of Union Home Minister Amit Shah. The agreement was signed today by the Chief Ministers of the respective states, Himanta Biswa Sarma, and Conrad Sangma.

In the latest major update in the Lakhimpur Kheri violence case, the Yogi Adityanath-led Uttar Pradesh Government on Tuesday told the Supreme Court that the state has taken all efforts to protect the witnesses and families of victims of the incident. The state government has also informed the apex court that all the witnesses are also regularly contacted by the police for appraisal of their security conditions.

In a key development, the visit of Israeli Prime Minister Naftali Bennett to India has been postponed and will be rescheduled, according to Muhamed Heib, the Israel Embassy’s spokesperson in India. It is pertinent to mention here that Naftali Bennett tested positive for COVID-19 on March 28. Bennett’s first visit to India ever since assuming office as Prime Minister last year was announced earlier this year.

‘The level of brutality by Russia is higher than that of World War II’, Ukrainian President Volodymyr Zelenskyy claimed on Tuesday. Lashing out at the Russian troops, Zelenskyy accused Moscow of committing ‘crimes against humanity’ and urged the world to increase sanctions against Kremlin. The Ukrainian President also sought world nations’ help to rebuild Ukraine and urged all to light a candle to remember the Ukrainians tonight.

In a significant development, Assam CM Himanta Biswa Sarma and Meghalaya CM Conrad Sangma signed an agreement to resolve their 50-year-old boundary dispute between their states. Brokered by Home Minister Amit Shah, the two Chief Ministers on Tuesday signed the historic MoU at the office of the Ministry of Home Affairs. Speaking to the media, CM Conrad Sangma stated that the resolution of the dispute, which had lasted over 5 decades, had been reached through the joint efforts of the officers and the political leadership.

A day after the Central Bureau of Investigation (CBI) received permission from a special court in Delhi to collect handwriting samples of former NSE Managing director and Chief Executive Officer Chitra Ramakrishna in connection with the National Stock Exchange (NSE) co-location scam, Finance Minister Nirmala Sitharaman on Tuesday responded on the case in the Rajya Sabha, briefing on the information received regarding the scam so far.

With days left to go for the no-confidence motion against the Imran Khan administration, Pakistan’s joint opposition has claimed that they have the support of 172 Members of the National Assembly (MNAs), needed to cross the halfway mark. Speaking to reporters on Tuesday, PML(N)’s Rana Sanaullah claimed that if they include the support of other independents, the Opposition would be able to topple the Imran Khan-led government and reach close to the 190-mark.

In an exclusive scoop, Republic TV on Tuesday learned that Navjot Singh Sidhu will soon hold the second meeting with the Congress leaders in Ludhiana. The development comes days after Sidhu’s meeting with Congress President Sonia Gandhi in the national capital on Saturday, March 26. The retired swashbuckling batter, who has been lobbying for the post of party president, has been showing strength after facing a major setback in the recently held assembly elections in Punjab.