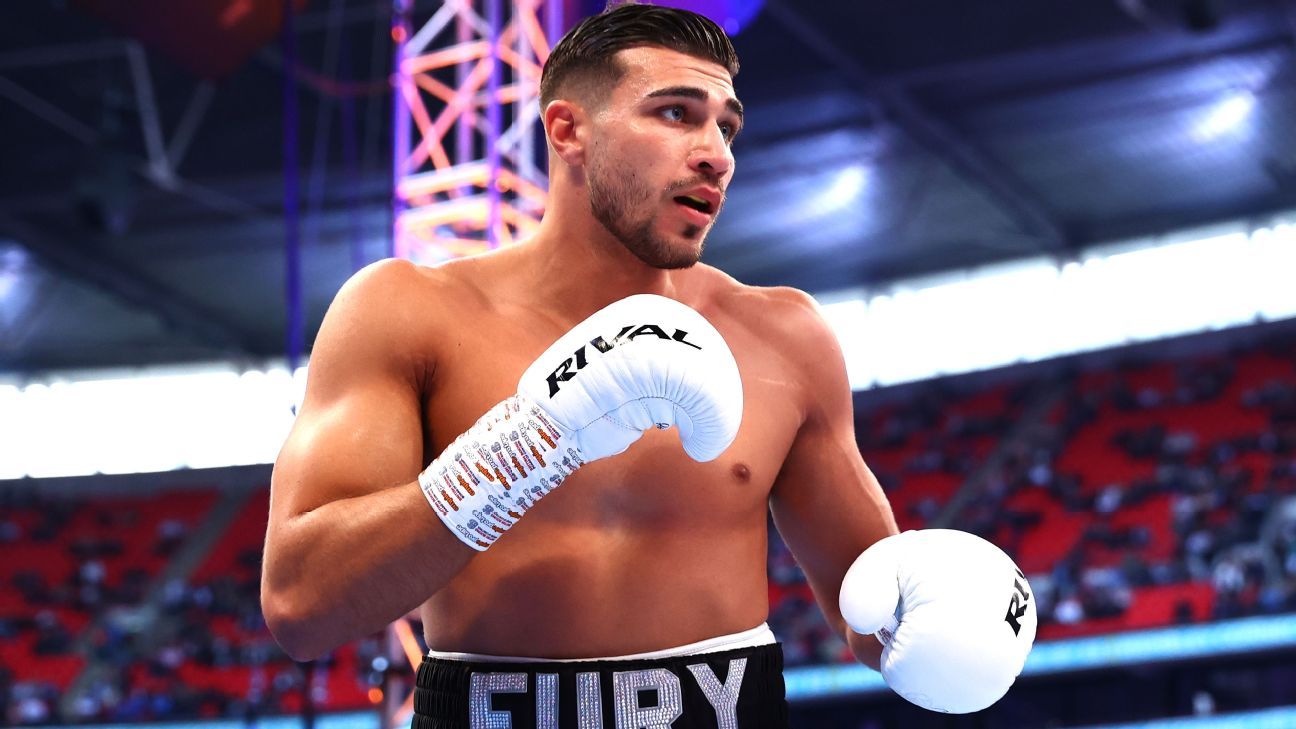 Tommy Fury has said he has been barred from traveling to the United States, days after announcing an Aug. 6 fight with Jake Paul in New York City.

In a deal announced last Thursday, Paul is due to face Fury in a co-main event at Madison Square Garden alongside Amanda Serrano, who will have a mandatory title defense against Brenda Carabajal.

Paul’s promotional company, MVP (Most Valuable Promotions), said in a statement that Fury was not allowed to board a flight to the US from London Heathrow airport Tuesday.

“Despite many assurances by Tommy Fury’s team that he was able to come to the US, and knowing that Tommy was in California just last month, we were surprised to learn that he had an issue at Heathrow Airport on Monday.

“As a result of circumstances out of our control, the scheduled press conference for Wednesday at MSG has been postponed. We are working with our partners at SHOWTIME and Madison Square Garden and will share more information as soon as we are able.”

ESPN has reached out for comment from the relevant authorities.

Fury, who is the younger brother of heavyweight champion Tyson Fury, said on Instagram on Tuesday that his request for a travel visa had been rejected.

“So I just want to come on here and set the record straight before anyone else tries to. Me and my team arrived this morning at Heathrow Airport ready for the press conference, ready to fly out.

“As soon as I entered the airport I got pulled to one side and I was told by a homeland security officer that was there that my ESTA had been denied and I wasn’t able to travel to the USA for a reason that I apparently know .

“I can stand here and say I’ve done absolutely nothing wrong and I have no clue why I am not allowed to travel to the USA.

“Like I say I’ve been training for a fight for this whole time, and that’s all I’ve been doing. I have no clue why they would not allow me to travel today, and neither does any of my team or my lawyers .

“Now I’m having to go to embassies and all this sort of stuff to try and resolve it, and I’m in the middle of training guys.

“I don’t know why this has happened today it’s a massive shock to me and my whole team. Obviously, it’s a matter that needs to be resolved, it’s government issues. You know it’s a lot bigger than the fight right now and I ‘m just trying to get it sorted.”