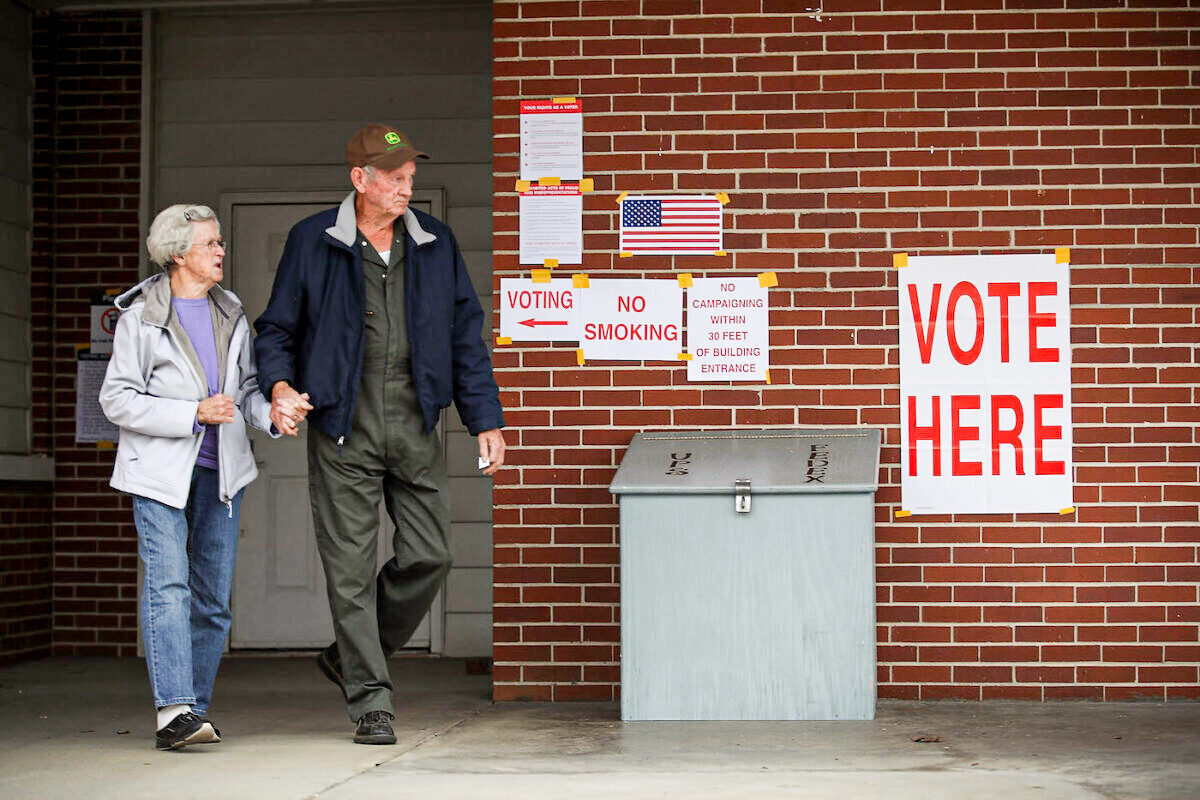 The 2022 Alabama primaries will see three conservative candidates fight each other for an open Senate seat.

Incumbents have an extremely high chance of reelection, so it’s likely that this year’s winner will be in Congress for a long time.

Another potentially interesting race is in Alabama’s Fifth Congressional District, where several Republican candidates face off for a House seat.

With only one Democratic district, Alabama is one of America’s most conservative states. Primary results will likely only be a matter of determining which Republican goes to Congress.

The Alabama governor’s race will most likely go to the current incumbent, Republican Gov. Kay Ivey.

Ivey first became governor in 2016, after Gov. Robert Bentley was arrested and resigned from office for campaign finance violations.

In 2018, voters reelected Ivey by a landslide with 59 percent of the vote to her opponent’s 40 percent.

Despite Ivey’s popularity, eight other Republican candidates are challenging her for the primary.

Advisers of former President Donald Trump told the Wall Street Journal that he wanted to replace Ivey with another candidate.

Allegedly, Trump blamed Ivey when a state commission blocked him from holding a political rally at the USS Alabama Battleship Memorial Park.

Although Trump has not endorsed Ivey, her commercials say the 2020 election was “stolen” from him.

“We have not and will not send absentee ballots to everyone and their brother,” Ivey said in her ad.

Another ad mentions Ivey’s work in fighting critical race theory and improving border security. It features Ivey sending a volley of bullets into a steel plate on a gun range.

She has endorsements from Manufacture Alabama, the Alabama Farmers Federation, and business group the Progress PAC.

When Alabama Republican Sen. Richard Shelby announced that he would not run in 2022, he opened an intense competition for the seat he has held since 1986.

Three Republican candidates lead the primary race for his seat. Its winner will likely also win the general election.

“Being pro-life and pro-Second Amendment does not make me radical. It makes me American, ”Britt said.

Brooks’s ads position him as a “true conservative” who opposes “Republicans in name only,” including Mitch McConnel and Katie Britt. In another ad, he claimed that he supported Trump in a “war” against McConnell “for the heart and soul of the Republican Party.”

But about two weeks ago, Trump withdrew Brooks’ endorsement.

“Mo Brooks of Alabama made a horrible mistake recently when he went ‘woke’ and stated, referring to the 2020 Presidential Election Scam, ‘Put that behind you, put that behind you,’ despite the fact that the Election was rife with fraud and irregularities, ”Trump said.

Even so, Brooks still has endorsements from many pro-Trump conservative politicians, including Sen. Ted Cruz, Sen. Rand Paul, and Rep. Marjorie Taylor Greene.

Durant’s commercials highlight his faith and his military service. Durant was the sole survivor of the “Black Hawk Down” incident in Somalia, and was wounded in service of his country.

According to the most recent polls, Durant now leads the race with 33 percent of the Republican vote, Britt has 23 percent, and Brooks has 12 percent. About 26 percent of voters remain undecided.

The same poll suggests that Trump’s endorsement would likely impact the voting choice of most undecided voters.

Trump has announced that he will likely endorse another candidate in the race. Since then, both Durant and Britt have competed for a Trump endorsement.

Alabama will likely send six Republican candidates and one Democrat to Congress. All the state’s congressional districts have incumbents except the Fifth Congressional District.

Its current representative, Brooks, is running for Senate.

In his place, he leaves a race between four main Republican candidates. Judging by funding, Dale Strong is leading the race with about $ 628,000 raised, followed by Casey Wardynski with about $ 415,000 raised, John Roberts with $ 142,000 raised, and Paul Sanford with $ 37,000 raised.

According to a poll by the Alabama Farmers Federation, which endorses Strong, Strong is leading the race by about 20 percent, with candidate Paul Sanford at 7.3 percent, Wardynski at 6 percent, and Roberts at 4.7 percent. The poll said 40 percent of Republican primary voters are still undecided.

He has received endorsements from the Fraternal Order of Police, the Alabama Farmers Federation, and the League of Southeastern Credit Unions.

Strong’s ad highlights his service as a volunteer firefighter as well as his Christian and conservative beliefs. The ad condemns President Joe Biden and accuses him of “kneeling to Antifa.”

Sanford has endorsements from the Alabama Restaurant and Hospitality Association and pro-family group the Eagle Forum PAC.

Sanford has not yet released any ads.

Wardynski, former assistant secretary of the Army for Manpower and Reserve Affairs, will also likely prove an important candidate in the Fifth Congressional District race. He has an endorsement from Trump ally Michael Flynn.

Wardynski’s ads focus on his service to the Army and his work in strengthening border security.

Roberts, an economic developer, may have the race’s third-best fundraising, but his website features no major endorsements.

His commercials emphasize his past success in creating economic development and state that he is not a career politician.

Jackson Elliott reports on small-town America for The Epoch Times. He learned to write and seek truth at Northwestern University. He believes that the most important actions are small and that as Dostoevsky says, everyone is responsible for everyone and for everything. When he is not writing, he enjoys running, reading, and spending time with friends. Contact Jackson by emailing jackson.elliott@epochtimes.us