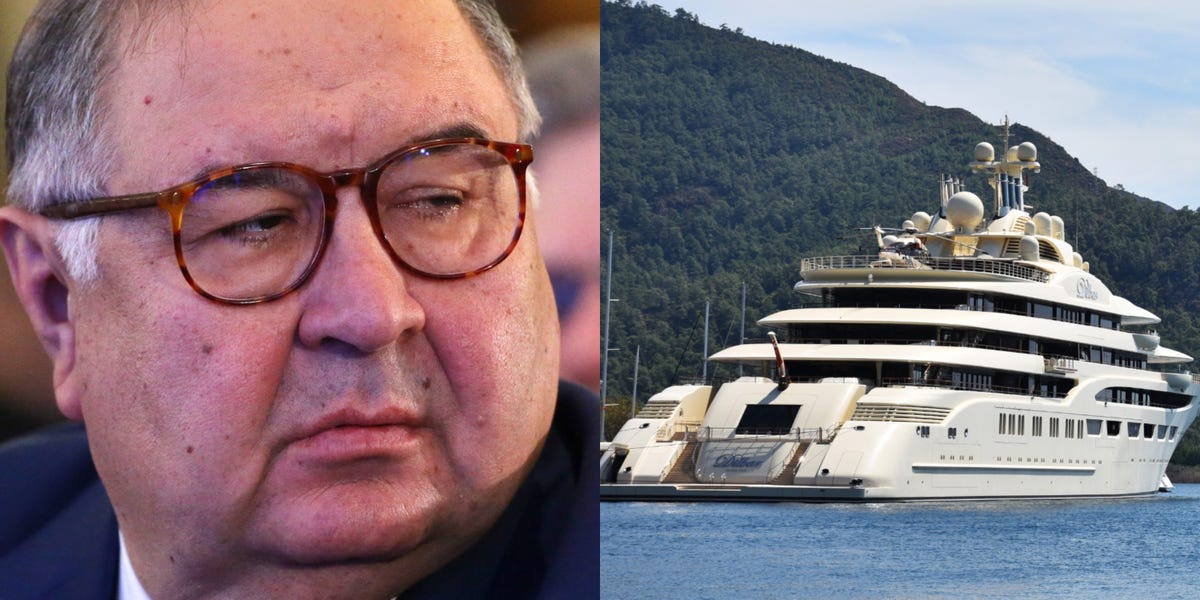 The US Treasury made exemptions to sanctions on Alisher Usmanov, the Russian businessman described by the EU as one of Putin’s “favorite oligarchs” whose current net worth is estimated to be around $19.6 billion.

US officials feared that blocking the hundreds of businesses believed to be connected to Usmanov could wreak havoc on the global economy and supply chain, current and former Treasury employees told The Wall Street Journal.

To mitigate potential repercussions, the US focused sanctions on assets personally linked to Usmanov — such as his superyacht and private jet — instead of his business entities. The Journal’s report highlighted the move as an example of sanctions put in place following Russia’s invasion of Ukraine that were limited to avoid outsized impact on the US economy — and the potential burden of any lawsuits filed against the Treasury.

On March 3, the Treasury issued a special license “authorizing all transactions and unblocking all property of any entity owned 50 percent or more, directly or indirectly, by Usmanov,” as long as the business itself is not sanctioned. Typically, businesses with a majority stake owned by sanctioned oligarchs have been blocked from doing business with US companies unless granted an exemption.

In an email exchange dated March 1 reviewed by WSJ with the subject line “Usmanov mitigation,” Treasury official Lisa Palluconi detailed the plan for watering down sanctions against Usmanov, adding that “messaging will be that we continue to look into his entities … or something like that.” An email seeking comment sent by Insider to an address believed to belong to Palluconi was not immediately returned. Palluconi did not respond to the Journal’s request for comment.

The Journal, citing current and former Treasury officials, also reported that the decision to limit the sanctions on Usmanov was partly influenced by a desire to avoid potential lawsuits from the oligarch, which could eat into the department’s limited resources.

“Financial sanctions on Russian elites immediately cut them off from their wealth, their ability to make or receive payments, their travel, and their ability to extract revenue from their companies,” a Treasury spokesperson told Insider. “The United States will continue to freeze and seize assets of these elites and their proxies as they support President Putin’s unprovoked invasion of Ukraine.”

A USM spokesperson told the Journal that the oligarch has previously called the sanctions levied against him by the US, UK, and EU “unfounded and unfair.” He claims his businesses have received zero support from the Russian government.

You can read more on the decision-making behind the Usmanov sanctions over at The Wall Street Journal.