The Great Resignation is taking root around the world 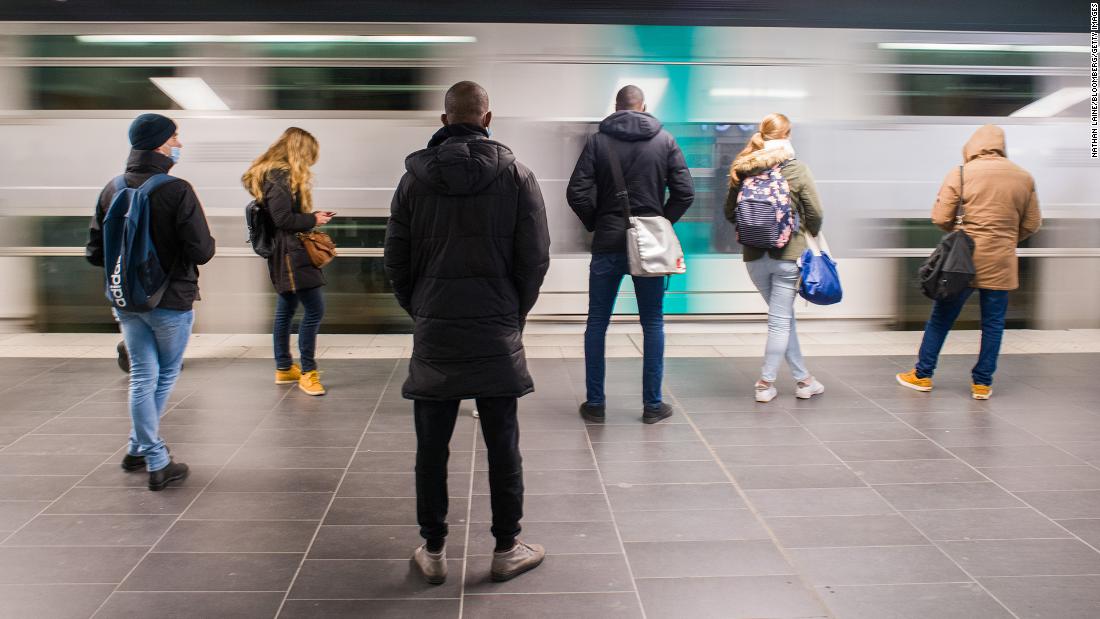 “The Great Resignation is people saying, ‘Whatever the situation is, I want better,'” Patrecia Ming Buckley told CNN Business. The 35-year-old, who is based in Sydney, made the decision to leave her job at the consultancy EY last August.

A December survey by jobs site Indeed of roughly 1,000 workers in Singapore found that almost half of workers were unsure if they’d stay in their current positions over the next six months. Nearly a quarter intended to leave their employer in the first half of this year. LinkedIn data for January showed a notable increase in the number of workers switching industries in Spain, the Netherlands and Italy compared to early 2021.

And in a study of workers commissioned by messaging company Slack, which covers Australia, the United Kingdom, the United States, Germany, Japan and France, openness to looking for a new job has ticked up every quarter since June.

“It’s this recalibration that people have had where they’re rethinking the role of work in their lives,” said Brian Elliott, a senior vice president at Slack who heads up the Future Forum initiative. “They’re rethinking — not only in terms of things like compensation — but also, clearly, things like flexibility, purpose, balance.”

Anthony Klotz, a professor of business administration at Texas A&M University who’s credited with coining the phrase “The Great Resignation,” identified trends in late 2020 that he thought could catalyze a transformation of the US labor market.

There was a backlog of people who wanted to leave their jobs, since people largely stayed put during the initial phase of the pandemic. Reports of burnout were widespread. People were asking big questions about the purpose of life while sitting on large piles of savings. And there was the potential for friction as those who had been working remotely and now prioritized flexibility were called back into the office.

The theory was spot on: In 2021, 47.8 million workers in the United States left their jobs voluntarily, the highest number since the Bureau of Labor Statistics started tracking full-year data in 2001. The number of quitters remained elevated in January and February of this year.

In some cases, people left the labor market to care for children or elderly relatives. Shortages of workers in industries like retail and hospitality boosted demand for labor, encouraging people to leverage a competitive market for a role with better benefits or pay. People in desk jobs, who were tired of long pandemic hours and Zoom meetings, started to decide they’d had enough.

“I was wearing way too many hats for one person,” said Bobbi Conclin, who quit her job in purchasing and sales at Cintas last month. The 25-year-old, who is based in New Jersey, said she was burned out from working 10- to 12-hour days, and started a new role at an e-commerce company days later.

The factors Klotz identified aren’t exclusive to the United States. But debate has been heated over whether the Great Resignation has arrived in other job markets.

“We are seeing a ‘Great Reshuffle’ rather than a ‘Great Resignation,'” Josh Frydenberg, Australia’s treasurer, said in a speech last month.

In a Facebook post earlier this year, Singapore’s Ministry of Manpower said that despite “speculation that Singapore could see a similar ‘Great Resignation’ wave,” its “statistics show otherwise.” The country’s resignation rate was 1.7% at the end of last year, slightly below pre-Covid levels. European Central Bank President Christine Lagarde has said that EU countries are not “experiencing anything like The Great Resignation.”
In Europe, many governments made extensive use of short-time work programs, which encouraged struggling companies to retain tens of millions of employees but reduce their working hours. The state then subsidized a portion of their pay. This differed from the approach in the United States, where workers received benefits after they were fired or were mailed stimulus checks that padded their savings regardless of employment status — and may have helped reduce turnover.

“Across Europe, for the most part, people stayed with the employers they had,” said Guillaume Menuet, the head of investment strategy and economics for Europe, the Middle East and Africa at Citi Private Bank.

But there have been signs of churn. In France, the number of resignations during the third quarter of 2021, the most recent data available, was the highest on records dating back to 2007.

Australia’s government said last month that 1 million workers began new roles in the three months to November 2021. The rate of job switching is almost 10% above the pre-pandemic average.

And in the United Kingdom, the rate of employed people aged 16 to 64 moving from job-to-job was at an all-time high of 3.2% between October and December.

Yet Tony Wilson, director of the Institute for Employment Studies, thinks claims that the Great Resignation has crossed the Atlantic are overdone, noting this rate is only slightly higher than it was in the early 2000s.

It’s clear Americans aren’t the only ones thinking differently about work.

Joan Pons Laplana, a 47-year-old in Sheffield, England, quit his job as a senior nurse in the National Health Service nearly a year ago. He’s now working as a teacher, training people from disadvantaged backgrounds so they can find jobs in the NHS.

Laplana said he felt guilty leaving a profession he loved at a time when hospitals were facing a huge shortage of resources. But when he was diagnosed with post traumatic stress disorder after working in intensive care during the first two Covid waves, he knew it was a decision he had to make to preserve his mental health.

“The idea of ​​your mortality — that you could be next — was very present,” he said. On top of that, he was often the only person to care for dying patients and communicate with their grieving families. “Day by day, it had a toll.”

Thibault Prat, a 28-year-old in Paris, France, has given notice and is leaving his job buying and selling electricity in May after almost five years. He said he’s been working long hours, especially as the price of electricity has soured.

He also became frustrated that he wasn’t producing anything in his job, and didn’t want to plug numbers into Excel spreadsheets as society struggled with issues like the pandemic and the climate crisis.

“There was a growing gap between my beliefs and my job that I couldn’t live with any more,” he said.

Prat said he plans to take a few months off before looking for a job in another part of the industry such as the nuclear sector.

Surveys of workers indicate that Prat won’t be alone in evaluating his options. The Future Forum report published in January found that 53% of workers in France and 55% in Germany and Japan are open to looking for new jobs in the next year. That number rises to 64% in Australia and 60% in the United Kingdom.

Change on the horizon?

This willingness to seek out new opportunities comes as job openings remain elevated, and employers in a number of industries are willing to pay more to recruit workers. In the United Kingdom, where a reformation of the labor market related to Brexit is also unfolding, there are now 4.4 vacancies for every 100 jobs — an all-time high.

“With such a big talent shortage in the UK right now, people are fairly confident and prepared to move jobs,” said Mark Cahill, UK and Ireland managing director of the staffing firm ManpowerGroup.

Singapore’s Ministry of Manpower also indicated that it’s bracing for more resignations in the coming months.

“In sectors with lower-paying jobs, people could move out due to better opportunities. In growth sectors where there is strong demand for labor, recruitment and resignation rates will be expectedly higher,” the agency said in January.

In Australia, the government said workers who moved jobs typically got pay bumps of between 8% and 10%.

Mariano Mamertino, senior economist for Europe, the Middle East and Africa at LinkedIn, said the labor market in Europe is also expected to get stronger this year, which could give more people the opportunity to change roles. About 58% of Europeans say they’re considering changing jobs this year, according to a LinkedIn survey of approximately 9,000 workers — though it was completed before Russia invaded Ukraine, which economists have warned could push the region into a recession.

In professions like nursing, especially, there are signs that burnout is reaching unsustainable levels. A survey of more than 9,500 nurses by the UK’s Royal College of Nursing published late last year found that 57% of were thinking about leaving their jobs or actively planning to leave. The top reasons given were feeling undervalued and feeling exhausted.

Ming Buckley, the Sydney-based worker who left EY — one of the “Big 4” accounting firms — said mental health also played a big role in her decision to depart.

“I just started to feel like I was part of a big machine,” she said. “I never saw myself as someone who would be part of the race to climb the corporate ladder.”

She took a few months off and recently started interviewing. This time, she’s looking for a part-time role at a nonprofit — something that aligns more closely with her values, and will allow her to launch a coaching and mentoring business on the side. It’s an epiphany — helped along by the pandemic.

“I don’t think people woke up one day and were super unhappy with their jobs,” Ming Buckley said. “I think it’s been building for years and years and years.”

One day after attending an anti-mask group's "Freedom Family...

Where's the US economy headed and is a recession...