The Cast of ‘Inventing Anna’: Your Guide 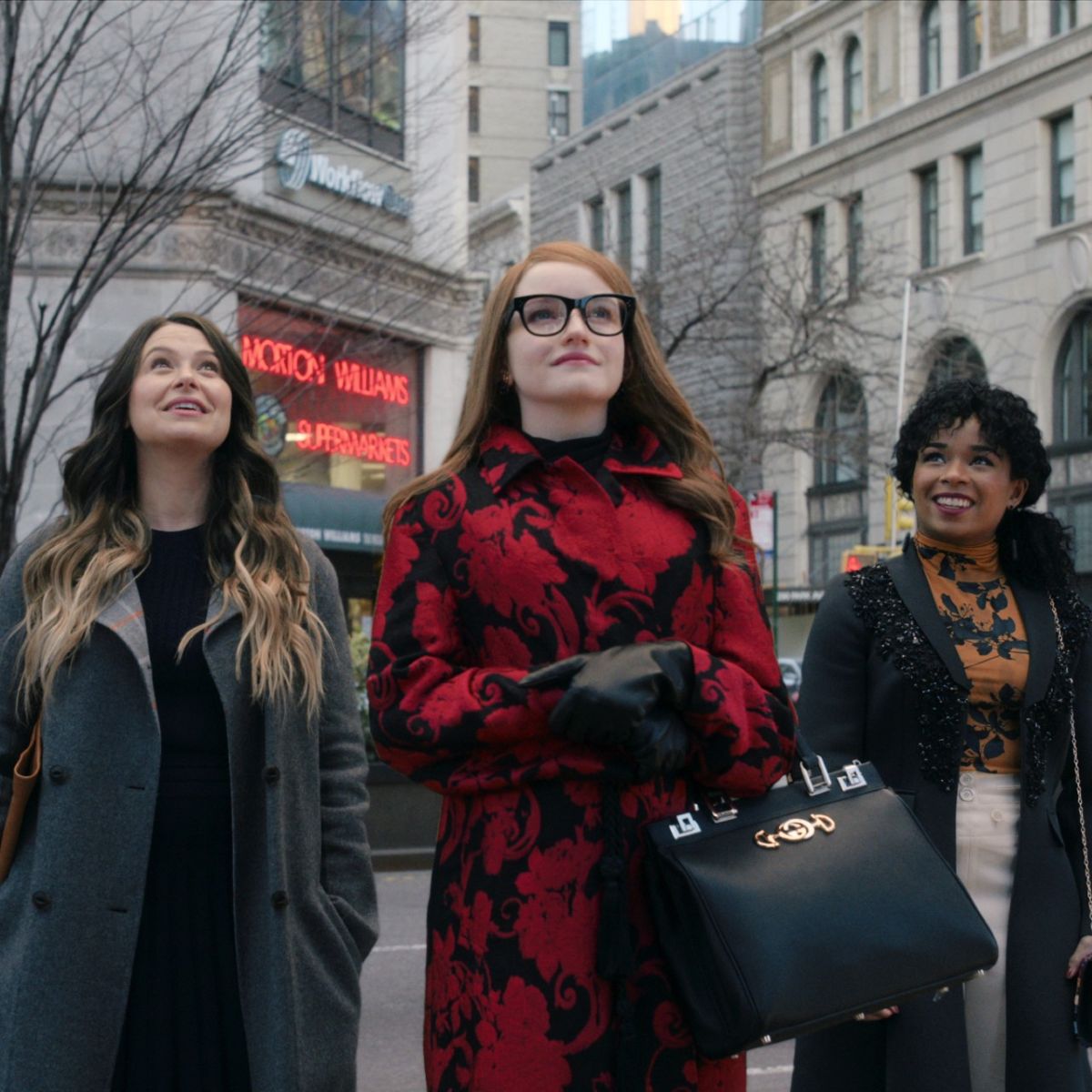 The season of scam has descended upon us, as several shows and films about notorious scammers premiere on streaming over the next few months. Up first on Netflix — besides the Tinder Swindler documentary — is Inventing Annathe Shondaland drama following Anna Delvey, who came close to swindling New York banks and high society out of millions of dollars.

Based on a viral article (opens in new tab), the drama stars Julia Garner as the titular scammer, and Anna Chlumsky as the journalist uncovering her story. Being a show created by Shonda Rhimes, Inventing Anna is full of appearances by our favorite actors from Grey’s Anatomy and Shondaland. Here’s our guide to the jam-packed cast.

To her friends and admirers, Anna Delvey, née Sorokin, is an impeccably dressed German heiress who dreams of opening an ultra-exclusive social club. Only problem is, she does not actually have any money. Garner is best known for playing Ruth on Netflix’s Ozark, for which she has won two Emmys for Best Supporting Actress. She has also starred in the indie film The Assistantand the series Waco, The Americansand Dirty John.

Features writer Vivian Kent is determined to rebound her career after a past scandal. She’s also pregnant, and rushes to finish the Anna Delvey story before giving birth. Chlumsky starred in the HBO comedy Veep as Selina Meyer’s chief-of-staff Amy Brookheimer for seven seasons. She has also appeared on the shows Halt and Catch Fire and Hannibal.

Todd Spodek is Anna’s determined and long-suffering lawyer, who focuses on the case to the detriment of his and his wife’s happiness. Moayed is best known for playing scene-stealer Stewy Hosseini, Kendall Roy’s frenemy on the HBO hit Succession. He also appeared in the blockbuster Spider-Man: No Way Home and the rom-com series Love Life.

Neff meets Anna when the socialite checks into her hotel, and the concierge and the scammer quickly become close friends. Neff even sticks by Anna’s side during the trial, a real ride-or-die. Floyd is an up-and-coming star who’s best known playing Tia Clayton in the Freeform drama The Bold Type.

Rachel is an assistant magazine editor who befriends Anna. She gets on the bad side of the con when she’s given the bill for a lavish trip to Morocco. Lowes played Quinn Perkins, the mystery hire turned fugitive turned gladiator, for the entire run of Scandal. She’s also done tons of work as a voice actress, including in the Disney films Zootopia, Wreck-It-Ralph, Big Hero 6and Frozen.

Kacy Duke is a personal trainer to the stars, who becomes friends with Anna when she takes her on as a client. She also figures out Anna’s scam, and gets into a deeper friendship with Rachel. Cox is a four-time Emmy nominee for playing Sophia Burset on Netflix’s Orange is the New Black. The groundbreaking actress is also an award-winning producer for the MTV documentary Laverne Cox Presents: The T Word.

Anna’s on-again, off-again boyfriend Chase is a tech entrepreneur who at times tricks and is tricked by the scammer. Usmani is another Succession alum, and also starred in the series What / If and Katy Keene. Next up he’s set to appear in the adaptation of the sci-fi novel The Three-Body Problem.

Upper East Side philanthropist Nora gets caught up in Anna’s scam through Chase, as an investor in his app. She later introduces Anna to many of her high-powered connections. Burton had iconic roles in both Grey’s Anatomy and Scandal, as Meredith Grey’s mother Dr. Ellis Gray and Vice President Sally Langston, respectively. She’s also set to star in another scammer series, Hulu’s Elizabeth Holmes biopic The Dropout.

Talia is another one of Anna’s friends who gets caught up in the scam, and is deeply embarrassed after the scammer “borrows” her friend’s yacht. Dominczyk played hospital consultant Dr. Eliza Minnick on Grey’sand the TV actress has also appeared on Whiskey Cavalier, Brothers & Sistersand North shore.

Maud is one of Vivian’s co-workers in Scriberia, a group of writers mostly forgotten by the rest of the newsroom who all get sucked into the fascinating Anna Delvey story. Smith is an esteemed actress and playwright who portrayed court clerk Tina Krissman alongside Regé-Jean Page in the short-lived Shondaland drama For the People. She’s also well-known for playing Bow’s mom on Black-ish.

Lou, another supportive member of Scriberia, is played by Shondaland favorite Jeff Perry. The actor portrayed Meredith’s estranged father Thatcher on Grey’sand starred in Scandal as the unscrupulous chief-of-staff Cyrus Beene. Perry’s so deep in Shondaland, he even acted alongside his real-life daughter Zoe Perry on Scandal season 6, when she played the mysterious villain Samantha.

Vivian’s supportive husband Jack is by her side as she becomes obsessed with her story, even as she covers their nursery walls with story notes. Holm, new to Shondaland, is best known for playing Mindy Kaling’s boyfriend in The Mindy Project and one of the main trio of Comedy Central’s Workaholics.

Todd also has a supportive wife in Mags, though she is not as forgiving about the way Anna’s trial has taken over her husband’s life. Succession fans might be delightfully confused at the sight of Roman’s girlfriend Tabitha cuddling up to Stewy (though I can see it happening). FitzGerald has also starred on the dramas Station Eleven, Sweetbitter, UnRealand Masters of Sex (as well as three episodes of the original Gossip Girl).

In another fun appearance by a Scandal star, Talia’s venture capitalist friend is played by Joshua Malina. Malina played David Rosen, the white hat who rose from Assistant US Attorney to Attorney General over the course of the show, and switched between being Olivia Pope’s ally and enemy the whole way through.

Debra Mooney as the Judge

The judge in Anna’s case is another Shondaland favorite. On Grey’s Anatomy, Mooney plays Owen Hunt’s no-nonsense mother Evelyn, who has appeared on the show on and off since 2008. She also played Supreme Court Justice Verna Thornton, who was part of Fitz’s campaign and helped cover up the Defiance scandal. (Spoiler alert: Fitz suffocated her after finding out about Defiance.)

The show’s version of Billy McFarland, the man behind the Fyre Festival, is played by Ben Rappaport. The familiar actor starred on For the People as Assistant U.S. Attorney Seth Oliver, a total change from his scammer role. He’s also acted on the shows Mr. Robot, Youngerand The Good Wife.

Of timeless pieces, Liz and the Piranesi woman