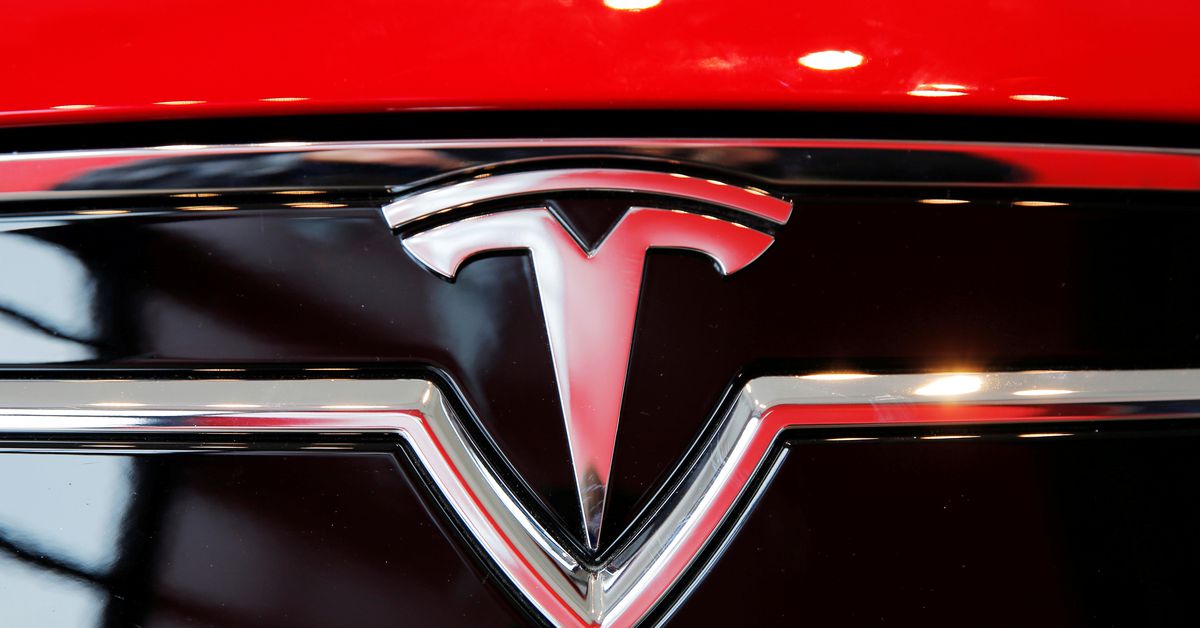 A Tesla logo on a Model S is photographed inside of a Tesla dealership in New York, US, April 29, 2016. REUTERS/Lucas Jackson/File Photo

Tesla delivered 310,048 vehicles in the quarter, a slight increase from the previous quarter, and up 68% from a year earlier. Wall Street had expected deliveries of 308,836 cars, according to Refinitiv data.

Tesla, the world’s most valuable automaker, has navigated the pandemic and supply chain disruptions better than rivals and its new Shanghai factory has been driving growth.

But a recent spike in COVID-19 cases in China has forced Tesla to temporarily suspend production at the Shanghai factory for several days in March and April as the city locks down to test residents for the disease. read more

The deliveries were “better than feared given supply chain issues,” said Daniel Ives, an analyst at Wedbush, in a report.

Skyrocketing gas prices spurred by the Ukraine crisis is expected to fuel demand for electric cars, but lack of inventory and higher vehicle prices would weigh on sales, analysts said.

Tesla in March raised prices in China and the United States after Musk said the US electric carmaker was facing significant inflationary pressure in raw materials and logistics after Russia’s invasion of Ukraine.

Musk said in October that Shanghai had surpassed its Fremont, California factory – the company’s first plant – in output. The two factories are critical for Tesla’s goal to boost deliveries by 50% this year, as production at its new factories are expected to ramp up slowly in their first year.

Tesla started delivering vehicles made at its factory in Gruenheide, Germany, in March and deliveries of cars made at its plant in Austin, Texas, were to begin in the near future.

The company’s stock soared after Tesla this week revealed plans to seek investor approval to increase its number of shares to enable a stock split. read more Tesla shares have risen about 3% so far this year, while GM and Ford shares have declined.