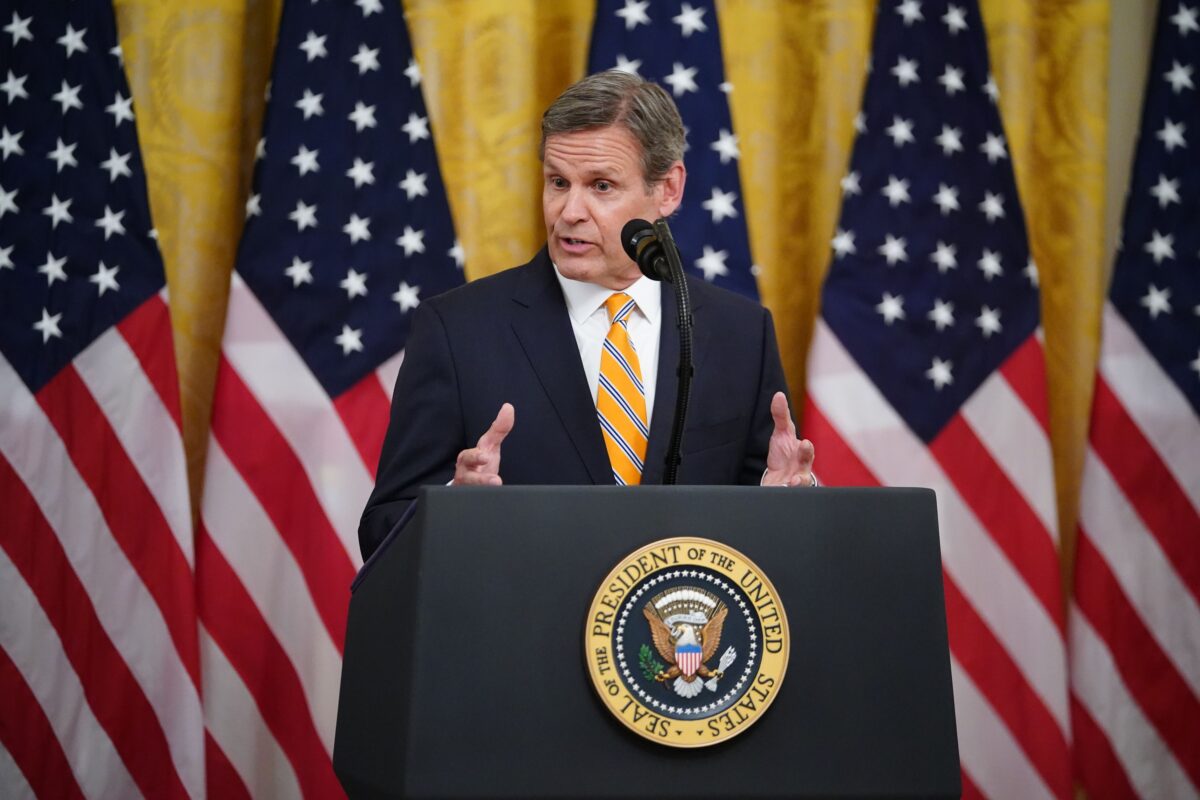 Tennessee legislation that would withhold funding from school districts allowing transgender students to participate in sports, has advanced toward Gov. Bill Lee’s desk for signature after passing in the Senate Education Committee on March 29.

If signed, Senate Bill 1861 (pdf) would require the commissioner of education to withhold a portion of state education funding if the school refuses to determine the gender of a student participating in sports.

“We passed a bill last year that required boys to play boys and girls to play girls in K – 12, and this bill is putting teeth into it,” Rep. John Ragan, a Republican, said on the House floor when speaking about the companion House Bill 1895.

The bill assigns unspecified financial penalties to the Tennessee law passed in 2021 that prohibited males from playing in female sports.

Opposition to the Bill

According to organizations such as the Human Rights Campaign (HRC), one of the largest LGBTQ-advocate organizations, the bill is discriminatory. The organization stated that allowing transgender youth to participate in sports does not disadvantage other athletes.

“This bill is only an attempt to continue the conversation to publicly ostracize, demonize, and harm transgender children who only want to play,” HRC said in a press release.

Rep. Gloria Johnson, a Democrat, said of the bill’s passage on Twitter: “Today on the floor we passed another LGBTQ hate bill (HB1895) that takes away school funding based on last year’s solution ‘to a problem we do not have. There is so much hate in this body due to pure ignorance — it’s stunning. ”

In response to those who call it a “hate bill,” Ragan told The Epoch Times that those statements are “emotionally-based rhetoric, not based in logic.”

“And I personally do not hate any of these people,” Ragan said. “But by the same token, the law is the same for everybody. You do not get a special exemption just because you think you’re not what you are physically. ”

Quoting from the Enlightenment writer and philosopher Voltaire, Ragan said, “‘Those who can make you believe absurdities can make you commit atrocities.’ And the definition of absurdity in my mind is denying reality. ”

Rep. Kent Calfee, a Republican, pointed to the transgender swimmer at the University of Pennsylvania who in March won the 500-yard freestyle race at the NCAA Division 1 women’s championship. Lia Thomas grew up competitively swimming as a male who began taking hormone replacement therapy in 2019, declaring himself a woman in his junior year in college.

“That’s totally unfair to people who were born a woman and are competing,” Calfee said.

Another Ragan-sponsored bill, HB 2316, which passed in House and Senate committees, would prohibit males from participating in female sports in higher education.

On March 30 — or what has been nationally deemed “Transgender Day of Visibility,” President Joe Biden said transgender Americans continue to be discriminated against as his administration issued a batch of documents promoting transgender surgery and hormone therapy in children.

“In the past year, hundreds of anti-transgender bills in States were proposed across America, most of them targeting transgender kids,” Biden said. “The onslaught has continued this year. These bills are wrong. ”

In January 2021, Biden signed an executive order titled “Preventing and Combating Discrimination on the Basis of Gender Identity or Sexual Orientation.”

“Providing gender-affirming care is neither child maltreatment nor malpractice,” the NCTSN document states.

It also says there is no scientific research showing negative impacts on a child’s well-being after receiving puberty blockers or what it calls “gender-affirming hormones.”

A Tennessee bill prohibiting transgender procedures in children stalled in the Senate General Subcommittee where it will likely not pass. House Bill 2835, or the Youth Protection Act, would have specifically prohibited a child who has not reached puberty from getting hormone therapy or other gender alterations, such as surgeries, even if parents approve. If they have reached puberty but are still a minor, they must get parental consent.

“We have age restrictions on our youth for a number of different reasons that are there to protect them,” Ragan said. “These protections are multifaceted and across the board.”

The bill would have made it illegal to perform procedures that would “facilitate the minor’s desire to present or appear in a manner that is inconsistent with the minor’s sex.”

“Scientifically, at a cellular level, one is either male or female,” Ragan said. “There’s no denying that, aside from some genetic malfunctions. But what some have decided is that what’s between their ears should conquer reality. The reality is that’s not true. ”

Ragan shared a study that argued the opposite (pdf). It examined 324 sex-reassigned persons (191 male-to-females, 133 female-to-males) in Sweden that concluded that people “with transsexualism, after sex reassignment, have considerably higher risks for mortality, suicidal behavior, and psychiatric morbidity than the general population. ”

In 2004, the Birmingham University Aggressive Research Intelligence Facility (ARIF) assessed the findings of more than 100 follow-up studies of post-operative transexuals.

ARIF concluded that none of the studies provided “conclusive evidence that gender reassignment is beneficial for patients.”

Matt McGregor covers news from North and South Carolina for The Epoch Times. Send him your story ideas: matt.mcgregor@epochtimes.us