Teen European diver in Malaysia dead, 2 others found alive after days in water 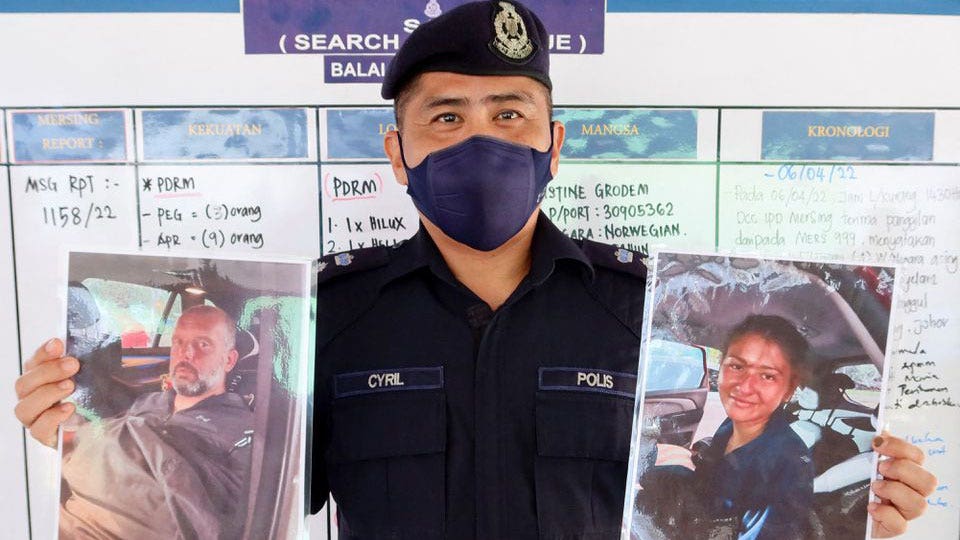 A teenage diver was pronounced dead in Malaysia after going missing for four days during an instructed group dive off Malaysia’s coast.

His father, Adrian Peter Chesters, 46, reported that his son, Nathan Renze Chesters, 14, and two others went missing Wednesday during the diving session.

The group’s instructor, Kristine Grodem, 35, from Norway, was rescued on Thursday, while Adrian Peters Chesters and another diver, Alexia Molina, 18, of France were rescued by fishermen on Friday, Reuters reported.

Mersing District Police Chief Cyril Edward Nuing shows pictures of British man Adrian Peter Chesters and French woman Alexia Alexandra Molina, who were found safe after drifting at sea for two and a half days off the coast of Malaysia.
(REUTERS/Ebrahim Harris)

INDONESIAN TEACHER SENTENCED TO DEATH FOR RAPING 13 STUDENTS, IMPREGNATING 8 OF HIS VICTIMS

The group’s boat operator was reportedly detained following a positive drug test, according to police.

According to the group’s instructor, they could not locate their boat after an hour into their dive. The strong water current later separated her from the rest of the group.

“We believe there is a high likelihood that he is no longer in Malaysian waters based on the movement of sea currents, as well as the time and location where the other victims were found,” Mersing District Police Chief Cyril Edward Nuing said of the missing teen.

After a multi-day search, Nathan Renze Chesters’ death was confirmed by his father on Saturday, according to Reuters.

“He was too weak and could not survive,” according to a statement by the Malaysia Maritime Enforcement Agency.

Authorities continue to search for the body of the 14-year-old.