Student loan forgiveness? Here’s where the US stands 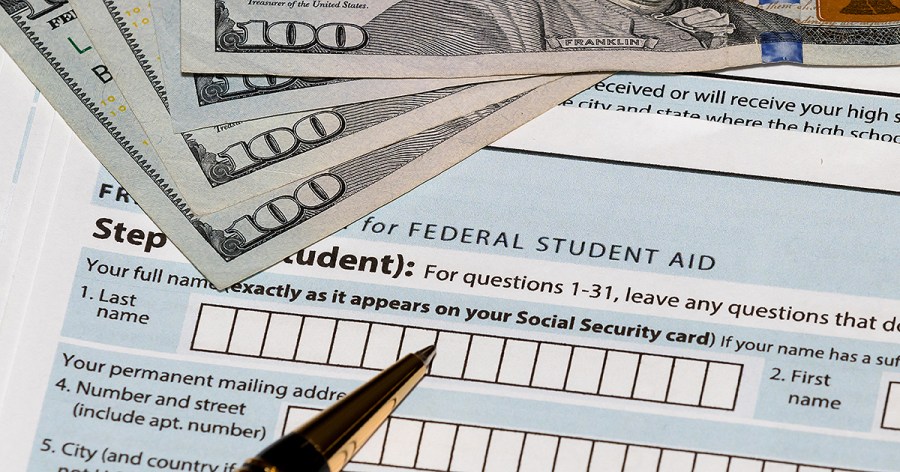 (NEXSTAR) – For over two years, most federal student loan borrowers haven’t had to make a monthly payment after both Trump and Biden enacted pauses in response to the COVID-19 pandemic. Now, with payments (possibly) beginning again in May, many are hoping their loans will instead be forgiven.

A recent analysis found that close to $200 billion was saved by student loan borrowers under the repayment freeze, The Hill reports, but those borrowers could struggle when the pause lifts.

Although borrowers “will likely face a healthier economy going forward, direct loan holders have higher debt balances, lower credit scores, and were making less progress on repayment than … prior to the pandemic,” the researchers wrote. The average student loan debt balance now exceeds $37,000, with Americans owing roughly $1.6 trillion to the government.

Map: Here’s where marijuana is – and isnt – legal

On Thursday, 96 lawmakers – 21 Senators and 75 members of the House – sent a letter to President Biden, calling on him to not only extend the payment moratorium but to “cancel student debt now.”

“Canceling a meaningful amount of student debt will provide long-term benefits to individuals and the economy, helping families buy their first homes, open a small business, or invest in their retirement. More broadly, canceling student debt would add tens of billions of dollars in GDP growth,” the letter reads.

Does Biden have the power to forgive student loans?

House Speaker Nancy Pelosi has said Biden lacks the legal authority. Instead, she said, “That would be an act of Congress.” Senate Majority Leader Chuck Schumer, on the other hand, has argued that Biden could under the same legal provision Trump used to delay payments and interest accrual at the start of the pandemic, The Hill reports.

Earlier this year, White House Press Secretary Jen Psaki said, “We’re still looking at administrative options, but Congress can also send the president a bill that would provide $10,000 in debt relief, and he’d be happy to sign that bill. “

In addition to calling on Biden to cancel upward of $50,000 in student debt per borrower, lawmakers are mulling multiple legislative proposals to forgive student loans, make it easier to refinance, or continue the pause on payments.

Who is already eligible for student loan forgiveness?

Whether or not another pause (more on that later) or loan forgiveness is on the horizon, some borrowers can already have some debt relief.

The Department of Education recently announced that nearly 100,000 people are eligible for student loan cancellation due to changes made to the Public Service Loan Forgiveness program in October. The move amounted to roughly $6.2 billion in relief, according to The Hill.

Under the PSLF program, eligible borrowers were promised that their debt would be canceled if they made payments over the course of 10 years. To be eligible for the program, you must work full-time for the government or a not-for-profit organization, have Direct Loans, repay them under an income-driven repayment plan, and make 120 qualifying payments.

Teachers, certain volunteers, and individuals working in specific industries may qualify for student loan cancellation. There are a number of other cases in which your student loans could be forgiven, canceled, or discharged.

Could another payment pause happen?

The Department of Education has reportedly directed companies that service federal student loans not to send notices about payments resuming in May, CNBC reports. According to NPR, the department does have a legal obligation to reach out to borrowers at least six times before payments begin – by telling companies to hold off on reaching out, some believe the administration was signaling another payment moratorium.

US to add third gender option on passports

Pushing out another payment pause may also be beneficial for Democrats heading into the midterm elections.

There are, of course, critics of another student loan payment pause. Many point to the costs the deferment has put on the federal government, and taxpayers, which amounts to nearly $50 billion a year.

As it stands now, the student loan payment pause is set to end on May 1.

The Associated Press and NewsNation’s Leland Vittert contributed to this report.