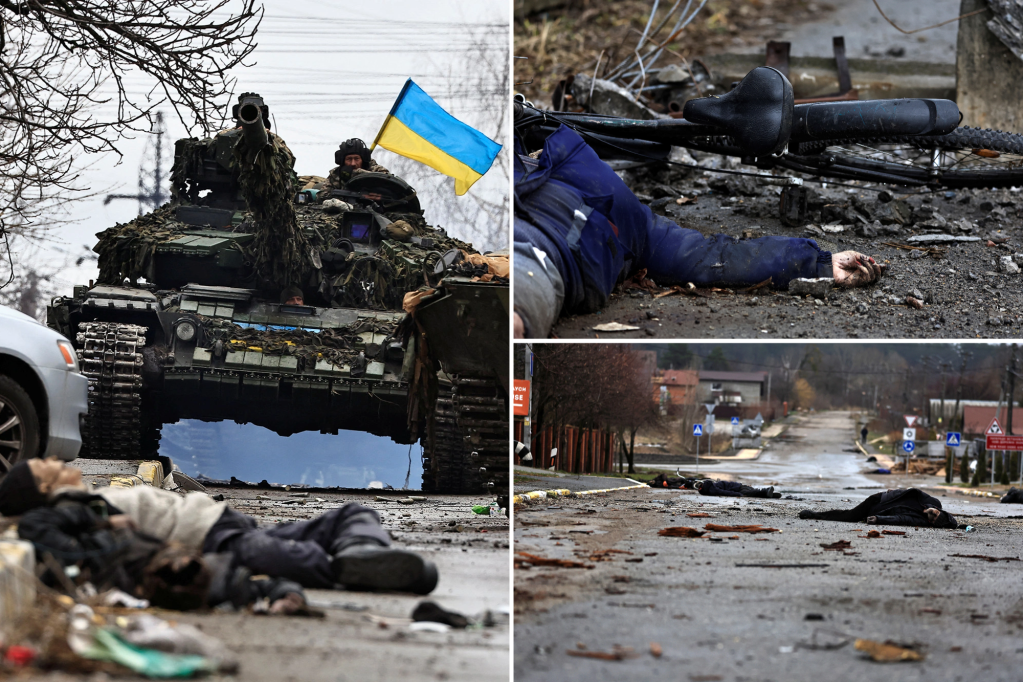 Almost 300 people were buried in a mass grave in Bucha, a commuter town northwest of Ukraine’s capital Kyiv, its mayor said Saturday, after the Ukrainian army retook control of the key town from Russia only to find corpses strewn throughout the community.

“In Bucha, we have already buried 280 people in mass graves,” Mayor Anatoly Fedoruk told AFP by phone. He said the destroyed town’s streets are littered with corpses.

In one residential street, the bodies of at least 20 men in civilian clothes were found strewn over an area of ​​several hundred yards.

Graphic videos and photos of that street and others in the community circulated online.

One showed a man’s body with his hands tied behind his back, and an open Ukrainian passport lay on the ground beside him. Another had a gaping head wound.

Two lay near bicycles and a third was next to an abandoned car. Some lay face up, with their limbs askew, while others were lying face down.

The causes of death were not apparent, but the appearance of the corpses suggested they had been dead for several days, AFP reported.

Ukrainian forces took back Bucha on Friday, Fedoruk said in a video that appeared to be filmed outside the town hall. The advances followed several days of Ukrainian gains around Kyiv and in the north as Russian forces withdrew after efforts to encircle the capital failed.

The town was left devastated by the fighting, with gaping holes from shell explosions in apartment buildings and crushed cars littering the streets.