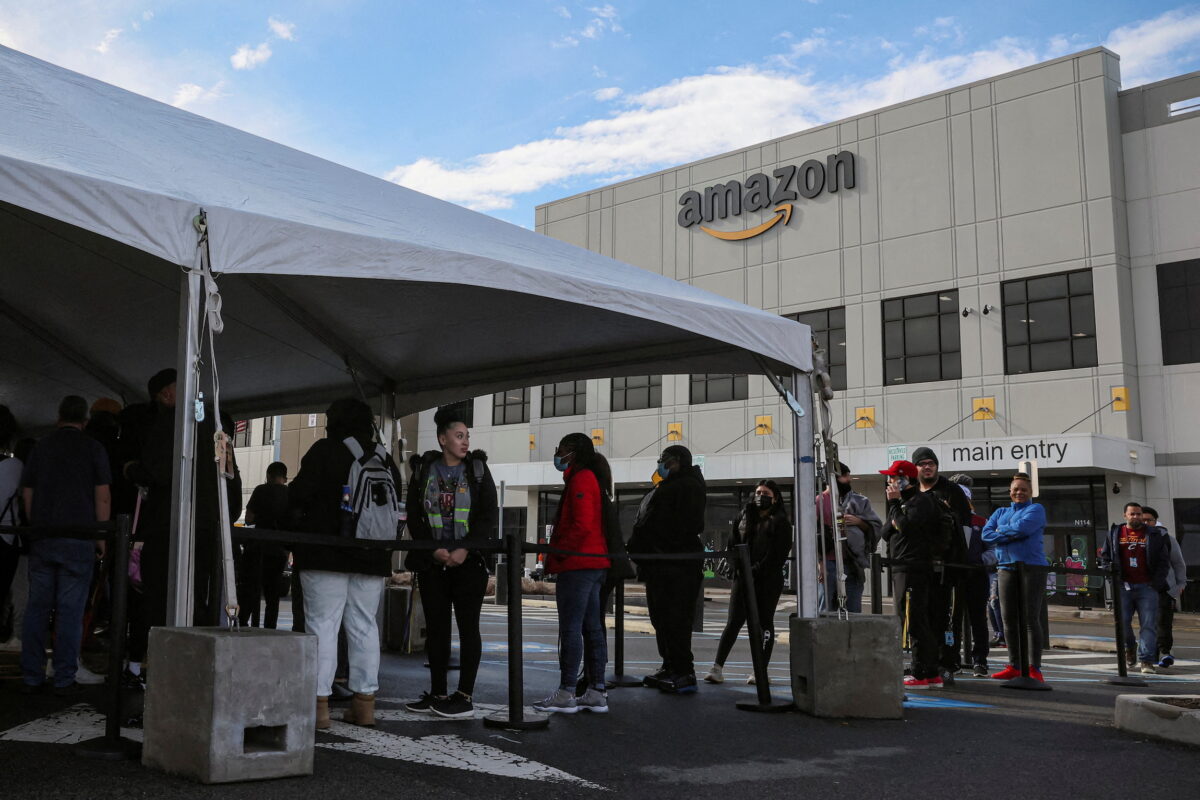 From March 25–30, workers at Amazon’s Staten Island “Fulfillment Center” JFK8 voted on whether to join the new labor union. The results were announced on Friday, with 2,654 votes in favor and 2,131 against.

The results came as a surprise to many established union leaders and labor experts. At the same time as the vote was occurring in Staten Island, another push to unionize at an Amazon warehouse in Bessemer, Alabama was failing. In contrast to the grassroots approach of the JFK8 movement, the Bessemer push was made by the Retail, Wholesale, and Department Store Union, an established legacy institution dating to the New Deal era of labor activism. ALU organizer Chris Smalls largely eschewed such established institutions, preferring to work with volunteer workers still employed by Amazon.

Amazon responded to the vote with a statement shortly after the results were released, saying: “We are disappointed with the outcome of the election in Staten Island because we believe having a direct relationship with the company is best for our employees.” The company has indicated it is considering filing objections based on the “inappropriate and undue influence” of the National Labor Relations Board (NLRB).

The unionization process in New York began with a mass walk-out of the company’s Staten Island warehouse in March 2020, over concerns that the company was taking insufficient safety precautions during the initial outbreak of the CCP (Chinese Communist Party) virus pandemic. This push escalated to appeals for higher wages and more amenable work conditions, culminating in last week’s landmark vote.

Amazon has been accused by the NLRB of illegally interfering with organizing efforts by threatening, surveilling, and interrogating employees — allegations which the company vigorously denies.

In the months leading up to the vote, Amazon’s JFK8 Warehouse convened multiple mandatory meetings addressing matters related to unionization, which the ALU condemned as thinly-veiled attempts at union-busting.

The vote in favor of unionization was celebrated by the Biden White House, who responded to the vote with enthusiasm in public remarks.

“[President Joe Biden] firmly believes that every worker in every state must have a free and fair choice to join a union and the right to bargain collectively with their employer, ”said Press Secretary Jen Psaki at a Friday briefing. “The Amazon workers in Staten Island made their choice to organize a grassroots union and bargain for better jobs and a better life.”

Nicholas Dolinger is a business reporter for The Epoch Times and creator of “The Beautiful Toilet” podcast.