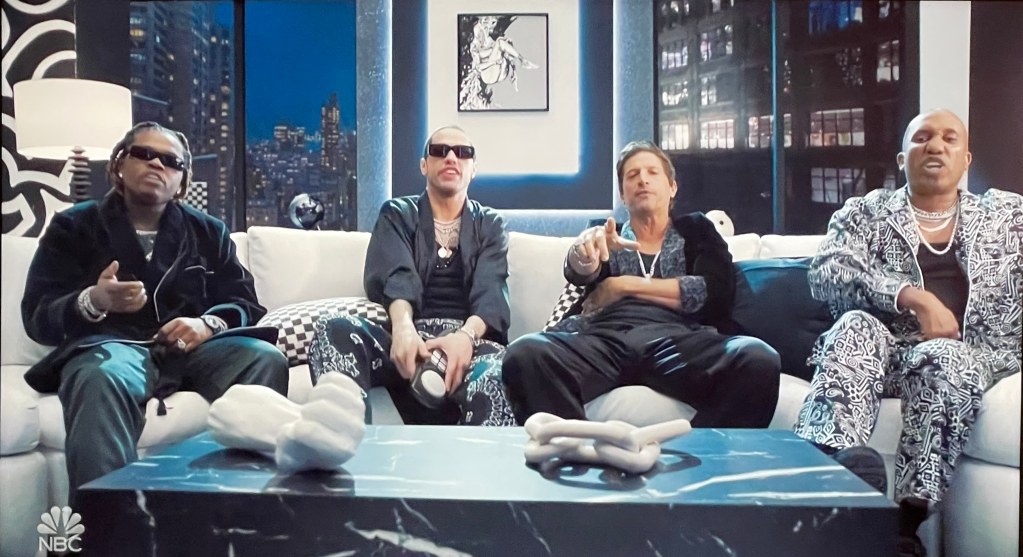 Pete Davidson was back on Saturday Night Live tonight after taking a break to shoot his latest movie. His first bit upon return was a music video, in which he rapped about movies getting too long.

The topic has been back in the pop culture conversation courtesy of the new Batman movie, whose running time is 2h56m.

In the song, dedicated to “short-ass movies,” Davidson does reference The Batmansinging that “I pissed my pants twice” when he went to watch the film in a theater.

The video features Davidson’s frequent music collaborator Chris Redd and the episode’s musical guest Gunna, with the trio highlighting (and recreating) shorter titles like The Lion King, Bad Moms Austin Powers and Liar as well as lengthy movies like Once Upon a Time In America, Amadeus and Heat.

Simon Rex is a surprising guest as Ernest P. Worrell, the popular character from a slew of movies of modest lengths.

The quartet praises the “three-minute shorts before every Pixar movie” for being so succinct before they are seen bowling while watching Pixar’s short Bao.

Davidson makes a scientific analysis of Jurassic Park and Sex and the City 2trying to explain why the latter is 20 min longer.

The video ends with a shot at Davidson’s own film, The King of Staten Island, which is 2h17m.

“But we needed all these minutes,” he says.

Watch the video above.