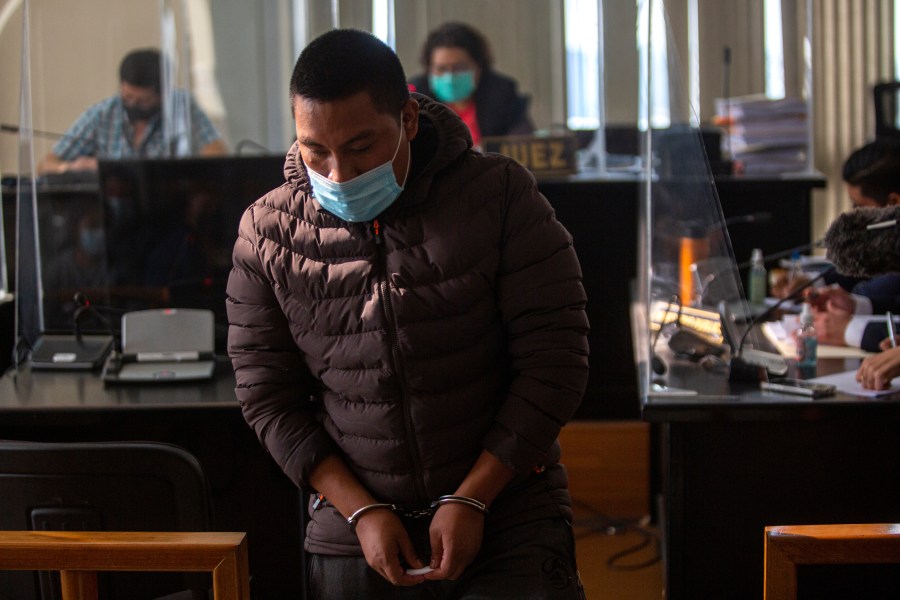 The day after Guatemala’s legislature approved the measure in February, 18-year-old Yashira Hernández left her home near the Mexican border for the trip north — hiring a smuggler to help.

A month later, Hernández was back, deported from the US, fretting over her family’s debt and contemplating a second attempt — again with her smuggler.

While the legal reform is supposed to dissuade smugglers and cast the government as a willing partner of the US in managing migration, experts and lawmakers say it will only make the trip more expensive. The poverty, violence and other factors pushing Guatemalans to migrate remain strong and the smuggling networks continue to ply their trade — sometimes with the help of public officials.

Guatemala’s government says it is preparing for further increased migration due to a decision announced Friday by the US Centers for Disease Control to end a system limiting asylum at the southwest border on May 23. That policy had been based on reducing the spread of COVID-19 during the pandemic.

Officials throughout the region expect migrant smugglers to seize on the policy change to drum up more business with misinformation about the sort of reception migrants will meet.

Guatemala’s immigration agency said it was forming a multidisciplinary group to respond to changes in migration flows, including securing the country’s borders.

In 2020, more than 21,000 Guatemalans were deported home from the US, but prosecutors only charged 12 people in connection with migrant smuggling, according to data from the Attorney General’s Office, said lawmaker Andrea Villagran. Only four of the 12 were convicted.

“You have to see the lack of capacity the Attorney General’s Office has to bring these criminal structures to justice,” said Villagran who voted against the reform. “The law change is only a show. What this law did was increase the price of smuggling. If the problem isn’t really resolved, the people are going to continue wanting to migrate.”

“The interest is in continuing to export Guatemalans so they can continue sending remittances and continue sustaining this country’s economy,” she said. Last year, despite the global pandemic, Guatemalans sent home $15 billion.

Hernández said she decided to leave last month to escape poverty. Her family scraped together thousands of dollars to hire a smuggler, but in a month’s time she was back where she started, now with a massive debt that is virtually unpayable if she stays in Guatemala.

She was unaware that the penalties for migrant smuggling had risen to 30 years from 10, now on par with sentences for kidnapping and murder.

“Here there’s no work and a lot of violence,” Hernández said.

The tougher sentences were proposed by the office of President Alejandro Giammattei. His relationship with Washington has been tense, in part because the US government has listed corruption as one of the root causes of immigration in Central America and has accused his administration of undermining Guatemala’s justice system while inventing charges to prosecute anticorruption crusaders.

Ursula Roldán, a migration expert at the Rafael Landivar University, said that while poverty and corruption remain rampant, emigration will continue.

She notes that deportations from the US have fallen even as Guatemalan immigration continues. “It’s not that people aren’t trying to leave Guatemala. It’s that the containment is in Mexico, at the southern and northern borders,” she said. “That’s where the problem is building.”

Guatemalans have featured prominently in recent high-profile — and deadly — smuggling cases in Mexico.

In January 2021, the incinerated bodies of 19 people, including 16 Guatemalan migrants, were found in northern Mexico near the Texas border. Prosecutors said they were shot by a Tamaulipas state police unit and then burned.

In December, 55 migrants were killed and more than 100 injured when a semitrailer carrying them crashed in southern Mexico. Again the majority were from Guatemala.

“People keep migrating because the structural causes of migration are still there, they haven’t changed,” Roldán said.

Stuardo Campos, the prosecutor charged with applying the new law, sees the increased sentences as a positive development and says smuggler arrests are up, but concedes that the factors driving migration are strong and says he lacks the resources to effectively tackle the problem.

Campos noted that the new law requires prosecutors to show proof that moving, housing and helping migrants was done for an economic benefit. That’s a tall order when migrants almost never agree to testify against their smugglers.

Many smugglers offer a second or third try if the first fails, and migrants have almost no hope of paying off the original debt without reaching the United States. So there’s a large disincentive to helping prosecute their smuggler.

Campos laments that lack of cooperation. He has 340 open investigations into migrant smuggling involving 10 smuggling rings operating across Guatemala.

In the case of those killed in northern Mexico, Campos said the leader of the smuggling ring was a former mayor who is now a fugitive.

“There are criminal networks within the government that facilitate the entrance and exit and even (false) documents for migrants,” said Villagran, the federal lawmaker.

“The whole system is so coopted that any popularly elected public official could be tied to these networks,” she said. “Ultimately, they need political favors to survive and those favors translate to financing” of electoral campaigns.

In the first three months of this year, 7,552 Guatemalans were deported from the United States. Among them were Hernández and 20-year-old Emileth Tobar.

Tobar left Guatemala on Feb. 1, the same day Congress voted to increase the sentences for migrant smugglers. Her mother had died, and as the eldest child it was her responsibility to provide for her siblings.

Like Hernández, she was detained shortly after crossing the US border and within a week was flown back to Guatemala. It was her third attempt.

“When they deported us the plane was full of young people; they told us the oldest was 26,” she said. “Now we have to figure out what to do.”