Shin Bet said to have concrete warnings of imminent attacks, foiled several others 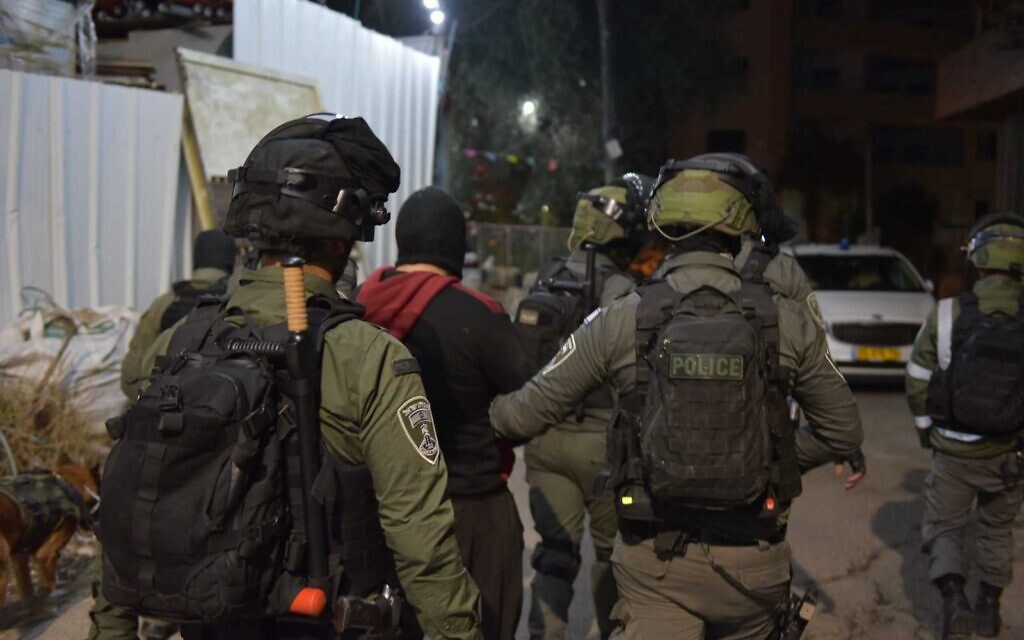 Israeli security forces have concrete warnings of imminent terror attacks and have also foiled a number of other planned attacks in recent days amid an anti-terror crackdown in response to several deadly assaults, Israeli television reported Friday.

The unsourced Channel 12 report gave no details on the foiled plots, only saying that the security forces were working to prevent several “hot warnings of further attacks.”

According to Channel 12 news, the Shin Bet in recent days has questioned some 200 Arab Israelis identified as having links to the Islamic State jihadist group. The network said 15 were arrested while the rest were issued warnings after being questioned.

A separate report by Channel 13 news said security forces have drawn up a list of 300 suspected Islamic State supporters in Israel and have arrested 45 of them. It was not clear what accounted for the discrepancy between the arrest figures reported by the networks.

Two of the recent attacks — a stabbing and car-ramming in Beersheba in which four people were killed, and a shooting in Hadera in which two police officers were killed — were committed by Arab Israelis with suspected Islamic State links. The terrorist in Beersheba and one of the two assailants in Hadera served prison time for trying to fight with IS in Syria.

Channel 12 said the Shin Bet, Israel Defense Forces and police would form a joint body for countering Palestinian incitement outline, without further elaborating. The third attack in Beersheba in which five were shot to death was carried out by a Palestinian gunman.

In its report, Channel 13 also said there was concern among security officials that Islamic State’s affiliate in the Sinai Peninsula could launch operations against Israel. The network, which did not cite a source, did not give further details. 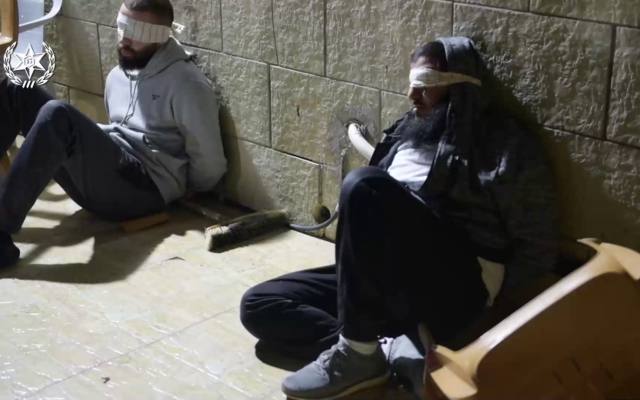 Police arrest several suspects who were allegedly involved in the Hadera attack or who have Islamic State links, March 28, 2022. (Israel Police)

Earlier Friday, IDF Chief of Staff Aviv Kohavi vowed the military will “act in every way to stop” terror attacks, while Prime Minister Naftali Bennett said Israel “will overcome them this time too.”

Israel has ramped up security measures in response to the attacks and deployed additional forces to the West Bank, Gaza border and major cities such as Jerusalem and Tel Aviv. The heightened security measures also come amid concerns of tensions ahead of the Muslim holy month of Ramadan, which begins Saturday.

In addition to fears of further attacks in Israel, Kohavi has warned that the current wave of terror attacks in Israel could spread to Israeli and Jewish targets around the world, Channel 13 reported Thursday.

Kohavi issued the warning during a meeting Wednesday of the Security Cabinet convened to discuss the deadly attacks that have killed 11 Israelis in just over week.

“There is a real concern that the copycat effect could lead to efforts to hit Israeli and Jewish targets around the world,” Channel 13 quoted him as saying, without giving further details.

The report said the Mossad, Shin Bet and Military Intelligence would need to take additional measures to prevent such attacks.

The Mossad routinely works to prevent attacks against Israeli and Jewish institutions around the world, while the Shin Bet provides security to Israeli missions.