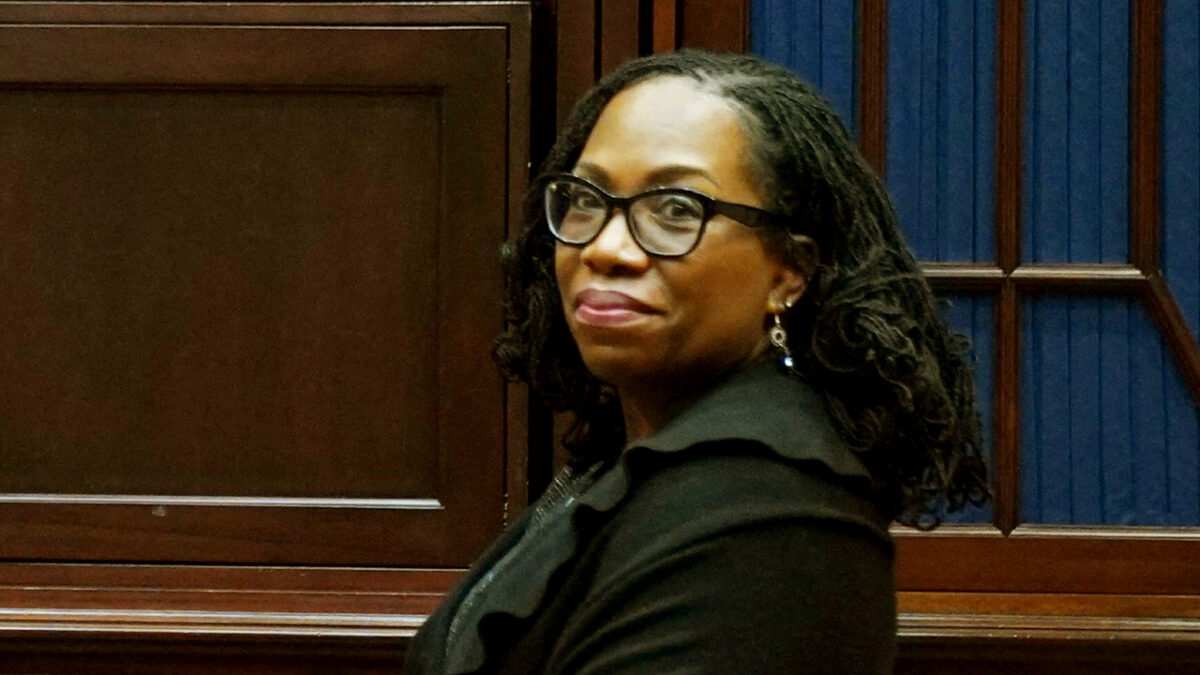 The U.S. Senate on April 7 voted to confirm Judge Ketanji Brown Jackson to the Supreme Court, capping weeks of tough scrutiny and heated debates over the nominee’s qualifications.

In the hours leading up to the vote, Democrats emphasized Jackson’s qualifications to serve, and said that her confirmation would be a “glass-shattering achievement for America.”

“The president sent us an impressive nominee,” said Senate Majority Leader Chuck Schumer (DN.Y.) on the Senate floor before the vote.

“Later this afternoon, the Senate will fulfill its constitutional duty to finally confirm this remarkable and groundbreaking jurist,” he said.

“This very building was built with slave labor,” said Sen. Dick Durbin (D-Ill.) In the US Capitol, arguing that the confirmation would be a response to the historical treatment of nonwhites in the United States.

Jackson is the first black woman to be confirmed to the nation’s highest court.

In his own speech on the Senate floor, Sen. Chuck Grassley (R-Iowa), who leads Republicans on the Senate Judiciary Committee, tied his opposition to Jackson to her lack of a clear judicial philosophy.

“Judicial nominees, their philosophy, how to decide cases, ought to be a primary consideration,” Grassley said.

“Part of having a judicial philosophy is having an understanding of the fundamental principles of our constitution. Natural rights are a part of that system.

“Judge Jackson explained to us that she does not ‘hold a position on whether individuals possess natural rights.’ Now that ought to be very shocking. Natural rights are basic to our constitutional system and principles of limited government.

“The principle of limited government is what makes America an exceptional nation and sets our Constitution apart. Judges must have a proper understanding of those basic principles.

“The way Judge Jackson answered those questions… shows that she lacks those very necessary foundations.”

With the defections of Collins, Romney, and Murkowski, Republicans had little chance of being able to stop the confirmation.

On March 28, Republicans on the Judiciary Committee made a last-ditch effort to slow Jackson’s confirmation by demanding a one-week hold on the committee vote, citing gaps in Jackson’s record. However, they were not able to hold off the vote indefinitely under Senate rules.

On April 4, the Judiciary Committee held a final vote to advance Jackson’s nomination out of committee; all 11 Judiciary Republicans opposed the move, while all 11 Judiciary Democrats supported it. Under rules worked out at the beginning of the 117th Congress, the deadlock was broken by a majority vote in the Senate.

Still, despite widespread GOP opposition to Jackson’s nomination, the minority party had few options at their disposal to stop her advancement through the larger Senate.

Under President Donald Trump, Republicans used the so-called nuclear option to change Senate rules and allow the nomination of Justice Neil Gorsuch to advance. That came after Democrats had used the same tactic for judicial nominees not picked for the nation’s top court.

Before the rules were changed, judicial nominees had to overcome a 60-vote threshold for debate to end and send a bill or nominee to the floor for a final simple majority vote.

Because of the rule change, Jackson only needed 51 votes to break the filibuster on April 7, sending her to the final stage of her confirmation process.

She will join the Supreme Court as its most junior member, replacing Justice Stephen Breyer when he steps down after the court’s current term.