Seafood biz braces for losses of jobs, fish due to sanctions 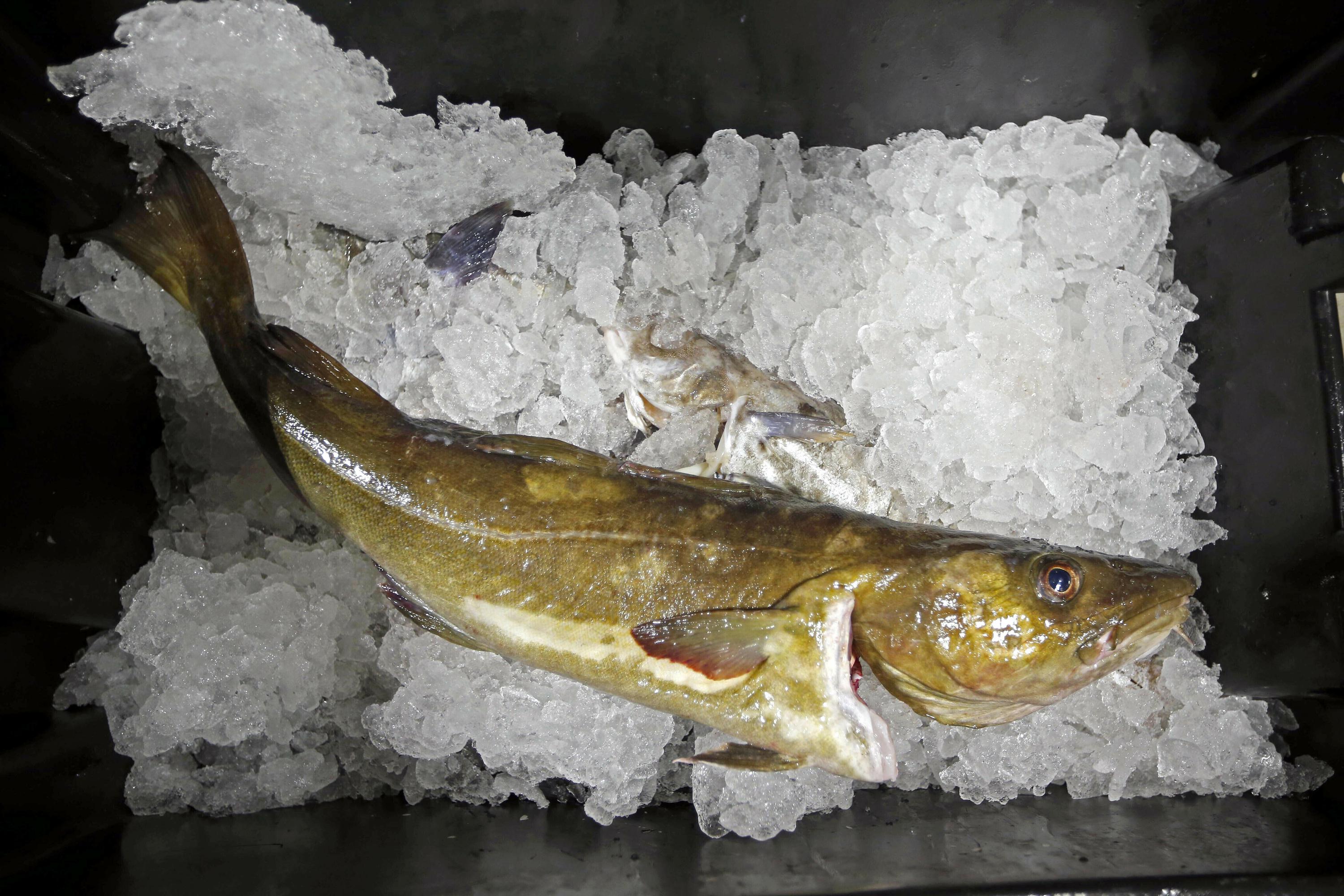 PORTLAND, Maine (AP) — The worldwide seafood industry is steeling itself for price hikes, supply disruptions and potential job losses as new rounds of economic sanctions on Russia make key species such as cod and crab harder to come by.

The latest round of US attempts to punish Russia for the invasion of Ukraine includes bans on imports of seafood, alcohol and diamonds. The US is also stripping “most favored nation status” from Russia. Nations around the world are taking similar steps.

Russia is one of the largest producers of seafood in the world, and was the fifth-largest producer of wild-caught fish, according to a 2020 report by the Food and Agriculture Organization of the United Nations. Russia is not one of the biggest exporters of seafood to the US, but it’s a world leader in exports of cod (the preference for fish and chips in the US). It’s also a major supplier of crabs and Alaska pollock, widely used in fast-food sandwiches and processed products like fish sticks.

The impact is likely to be felt globally, as well as in places with working waterfronts. One of those is Maine, where more than $50 million in seafood products from Russia passed through Portland in 2021, according to federal statistics.

“If you’re getting cod from Russia, it’s going to be a problem,” said Glen Libby, an owner of Port Clyde Fresh Catch, a seafood market in Tenants Harbor, Maine. “That’s quite a mess. We’ll see how it turns out.”

The European Union and United Kingdom are both deeply dependent on Russian seafood. And prices of seafood are already spiking in Japan, a major seafood consumer that is limiting its trade with Russia.

In the UK, where fish and chips are a cultural marker, shop owners and consumers alike are bracing for price surges. British fish and chip shops were already facing a squeeze because of souring energy costs and rising food prices.

Andrew Crook, head of the National Federation of Fish Friers, said earlier this month that — even before the war — he expected a third of Britain’s fish and chip shops to go out of business. If fish prices shoot up even higher, “we are in real dire straits,” he said.

In mid-March, the UK slapped a 35% tariff hike on Russian whitefish, including chip-shop staples cod and haddock.

“We’re a massive part of UK culture and it would be a shame to see that go,” he told broadcaster ITV.

US consumers are most likely to notice the impact of sanctions via price and availability of fish, said Kanae Tokunaga, who runs the Coastal and Marine Economics Lab at Gulf of Maine Research Institute in Portland.

“Because seafood is a global commodity, even if they are not harvested in Russia, you will notice the price hike,” Tokunaga said.

In the US, the dependence on foreign cod stems to the loss of its own once-robust Atlantic cod fishery that cratered in the face of overfishing and environmental changes. US fishermen, based mostly in New England, brought more than 100 million pounds (45.4 million kilograms) of cod to the docks per year in the early 1980s, but the 2020 catch was less than 2 million pounds (900,000 kilograms).

Regulators have tried to save the fishery with management measures such as very low fishing quotasand many fishermen targeting other East Coast groundfish species such as haddock and flounder now avoid cod altogether.

Seafood processors in Massachusetts are concerned about job losses due to loss of Russian products, Democratic US Sen. Ed Markey, who does support sanctions on Russia, said.

“I have heard from seafood processors in my home state with concerns about potential sudden effects of a new, immediate ban on imports on their workforce, including hundreds of union workers in the seafood processing industry,” he said on the Senate floor in February.

For US producers of seafood staples such as fish and chips, the lack of Russian code could mean pivoting to other foreign sources, said Walt Golet, a research assistant professor at the University of Maine’s School of Marine Sciences.

“We might be able to bring in more from Norway, a little more from Canadian fisheries,” Golet said. “It really is driven by the price of those imports.”

“Maybe this is a time to use haddock or hake or maybe monkfish, something different,” Martens said. “If it’s going to disrupt supply chains it does present an opportunity for other species to fill that void.”