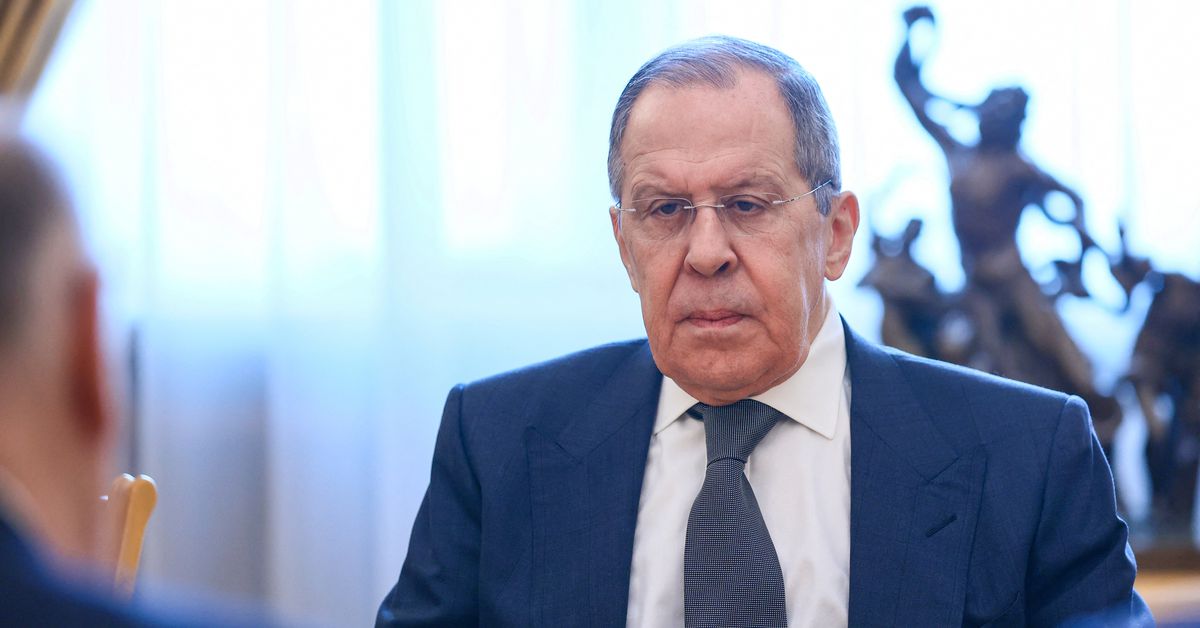 NEW DELHI, March 30 (Reuters) – Russian Foreign Minister Sergei Lavrov will visit New Delhi on Thursday for a two-day trip, the Indian foreign ministry said on Wednesday, as the two countries look for ways to maintain trade and other relations despite the Ukraine crisis.

It will only be Lavrov’s third visit overseas since Russia’s Feb. 24 invasion of Ukraine, after a trip to Turkey for talks with his Ukrainian counterpart earlier this month and meetings in China starting on Wednesday. read more

While both India and China have called for an immediate ceasefire in Ukraine they have refused to explicitly condemn Russia’s invasion. They have also continued to buy commodities from Russia hard hit by sweeping Western sanctions.

An Indian government source said foreign ministry officials could discuss setting up a payments mechanism with Russia, whose banks have been sanctioned by Western countries. The source was not authorized to speak to the media and declined to be named.

Ahead of Lavrov’s visit, Indian officials will hold talks with diplomats from the United States and Britain in New Delhi, according to official announcements from the two countries. Both want India to move away from Russia gradually.

An Indian government spokesperson did not immediately respond to a request for comment.

India has became one of the biggest buyers of Russian commodities after the international community began isolating Moscow for the attack on Ukraine.

Lured by sharp discounts on Russian crude oil, India has bought at least 13 million barrels since Feb. 24, compared with around 16 million barrels imported from the country for the whole of last year.