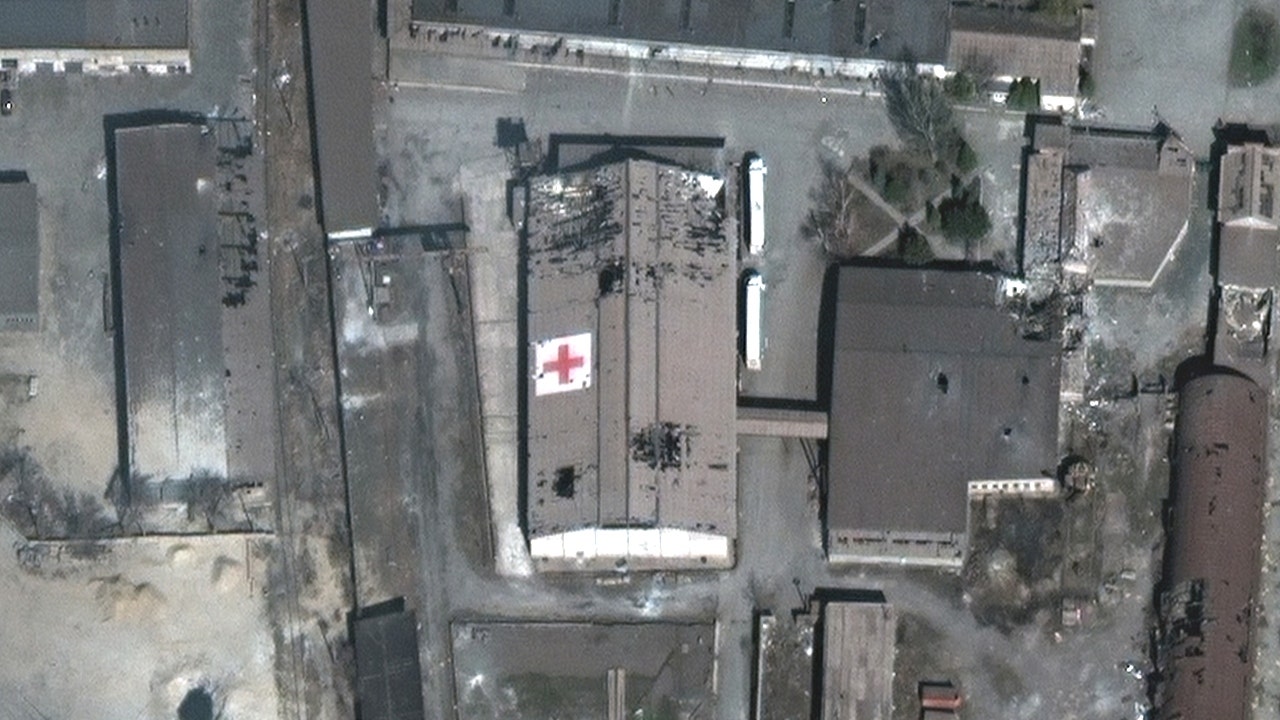 Russian forces have shelled an empty Red Cross building in Mariupol, Ukraine, twice, according to the humanitarian aid organization and satellite imagery.

The Red Cross confirmed a satellite photo circulating online Wednesday showing an International Committee of the Red Cross (ICRC) warehouse in Mariupol with large holes through its roof, which displayed the red and white Red Cross symbols.

ICRC’s Alyona Synenko, who is based in Kyiv, said the warehouse had been emptied of all supplies, such as medical equipment and other humanitarian aid, as of March 15.

An ICRC team had distributed all the aid in the warehouse to those sheltering in place in Mariupol by March 15. The team has not been on the ground there since.

“Under international humanitarian law, objects used for humanitarian relief operations must be respected and protected at all times. We are concerned that even a building with a red cross on it can be seriously damaged. Civilian infrastructure, hospitals and medical personnel cannot be targeted. The parties must do everything in their power to avoid locating military objectives within or near densely populated areas and protect civilians against the effects of attacks.” the ICRC said in a Wednesday afternoon press release.

The ICRC added that it is “most outrage,” however, by “the overall humanitarian situation in Mariupol and the relentless suffering inflicted on civilians living there.”

“People are trapped with no safe way out of the city, and they are running out of the very basics needed for their survival. This must change,” the organization said.

“Until now, the only ones who shelled buildings and vehicles marked with red crosses were the troops of Hitler’s Germany,” she wrote. “I call on the world community to condemn the barbaric actions of the occupying country in shelling the ICRC building and to take measures to end the bloody war on the territory of Ukraine as soon as possible.”

It is unclear whether any Mariupol residents were sheltering in the emptied building at the time of the attack. The organization did not have a casualty count as of Wednesday afternoon.

Russian forces have devastated Mariupol, a strategically located port city along the Black Sea near Crimea, since Russian President Vladimir Putin began invading the country on Feb. 24. Residents of Mariupol have been left without electricity, gas, food, water, internet and cellphone service.