Russian forces beginning to withdraw from Chernobyl: US A Maxar satellite image taken on March 10 of the Chernobyl Nuclear Power Plant in Pripyat, Ukraine shows Russian forces have begun to pull out of, according to the US. 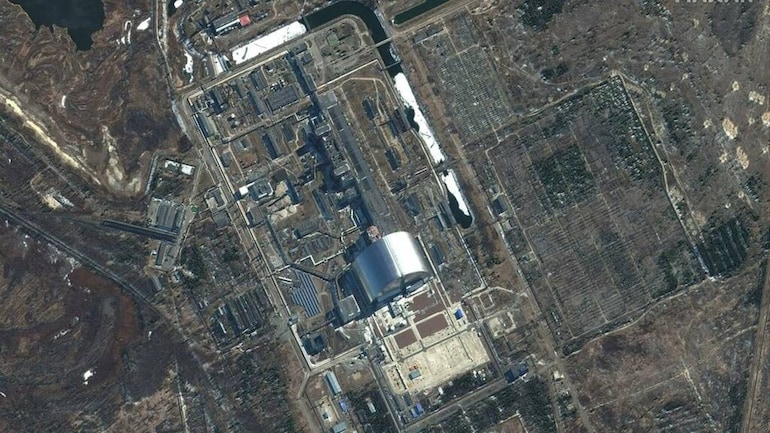 A Maxar satellite image taken on March 10, 2022 and showing the Chernobyl Nuclear Power Plant in Pripyat, Ukraine, which Russian forces have begun to pull out of, according to the US. (Photo: Satellite image Maxar Technologies/AFP/File)

Russian forces have begun to pull out of the defunct Chernobyl nuclear power site, a US defense official said Wednesday, a day after Moscow said it would scale back attacks on two key Ukrainian cities.

Troops seized control of the Chernobyl site — where radioactive waste is still stored — on February 24, the first day of the invasion.

“Chernobyl is (an) area where they are beginning to reposition some of their troops — leaving, walking away from the Chernobyl facility and moving into Belarus,” the US official said.

“We think that they are leaving, I can’t tell you that they’re all gone.”

Grossi has repeatedly warned of the dangers of the conflict — the first in a country with a vast nuclear estate.

Ukraine has 15 reactors at four active nuclear power plants, as well as stores of nuclear waste, including at Chernobyl — the site of the world’s worst nuclear disaster in 1986.

With shelling continuing overnight, Ukraine and Western powers cast doubt on Russia’s pledge on Tuesday to reduce military activity around Chernigiv and the capital Kyiv.