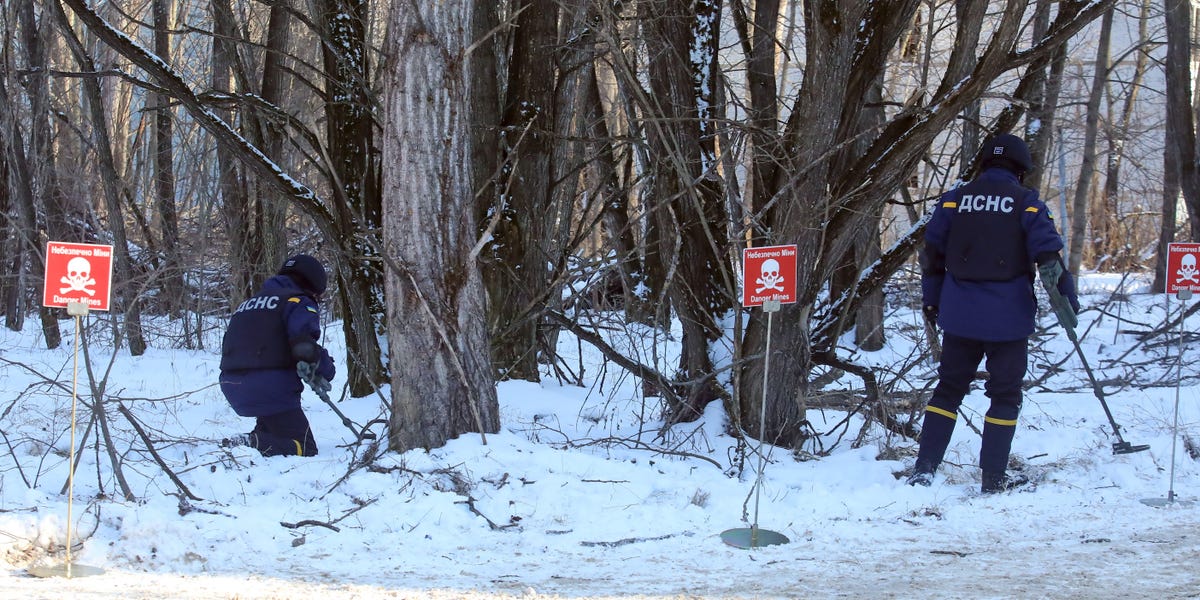 Russian forces are using banned anti-personnel mines to cover its tactical retreat in Ukraine, according to a report from Human Rights Watch.

According to Human Rights Watch, the deadly POM-3 mines can injure people up to 50 feet away. The mines — which the group said “indiscriminately kill and maim” — are not used by the Ukrainian military and have reportedly been rigged to self-destruct if not activated over a period of time.

Earlier in March, an official from the International Red Cross accused Russia of placing landmines along proposed humanitarian evacuation corridors outside of the southern port city of Mariupol.

Russia’s use of mines indicates they have “gone over to the defensive,” military scholar Frederick Kagan wrote in report for the Institute for the Study of War, a Washington-based think tank.

The recent discovery of anti-personnel mines comes as Russia claimed it would scale back its assault near Kyiv, after saying it would redirect troops to the eastern Donbas region.

But the Pentagon expressed deep skepticism and said any Russian troop movement is likely a repositioning, not a withdrawal.

This story is developing. Please check back for updates.