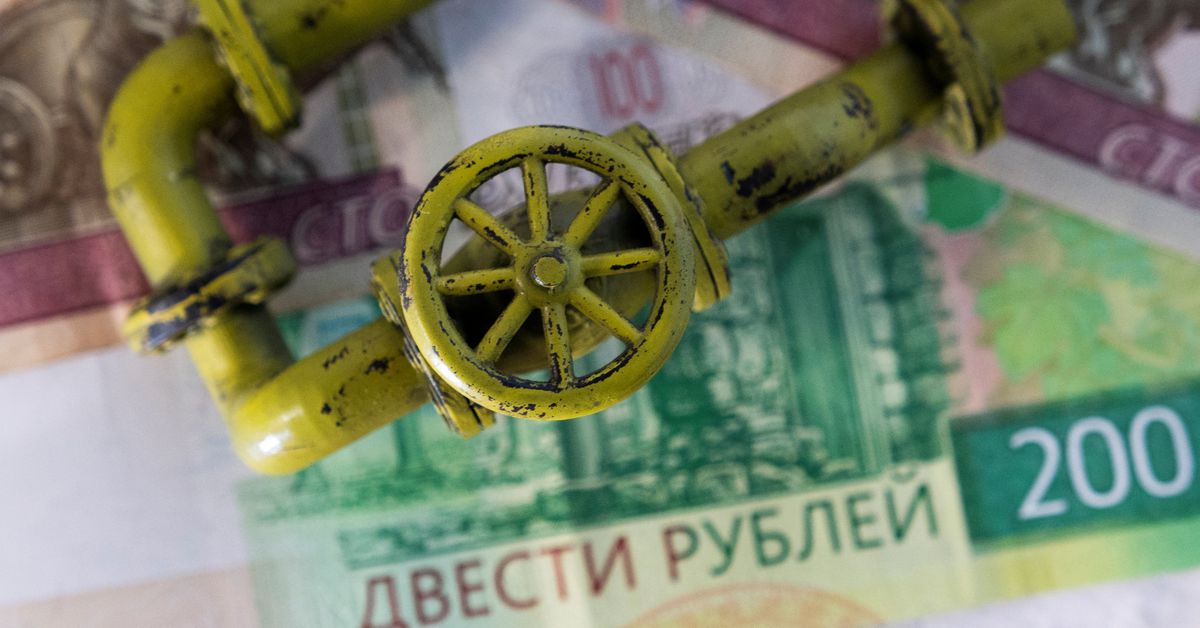 A model of the natural gas pipeline is placed on Russian Rouble banknotes in this illustration taken, March 23, 2022. REUTERS/Dado Ruvic/Illustration

March 30 (Reuters) – Russia will not immediately demand that buyers pay for its gas exports in roubles, the Kremlin said on Wednesday, promising a gradual shift and saying Russia should work on an idea to widen the list of its exports requiring rouble payment.

President Vladimir Putin issued an order last week for Russian gas, which accounts for 40% of European needs, to paid for in roubles instead of dollars or euros.

Earlier on Wednesday, Russia’s top lawmaker Vyacheslav Volodin said the European Union would have to pay in roubles if it wanted Russian gas and said oil, grain, metals, fertilizer, coal and timber exports could be priced the same way. read more

The government, the central bank and Gazprom (GAZP.MM) are due to present proposals for the switch by Thursday.

Asked whether the payments should be in roubles starting from Thursday, Kremlin also Dmitry Peskov said: “Absolutely no.”

“As we discussed before, payments and delivery is a time consuming process … This does not mean that a tomorrow’s delivery should be paid (in roubles). From a technological point of view, this is a more prolonged process,” he said .

Putin’s order to charge “unfriendly” countries in roubles for Russian gas boosted the Russian currency after it plunged to all-time lows when West imposed sweeping sanctions on Moscow for its invasion of Ukraine. European gas prices also rocketed up.

The Russian demand has been rejected by European countries, which pay for Russian gas mostly in euros and say Russia is not entitled to redraw contracts, and by the G7 group of nations.

Commenting on the Russian rouble plan, Anatoly Aksakov, head of the financial committee in Russia’s lower house of parliament, said this week: “I believe we don’t have to change the law, it’s all stipulated there.””

“The foreign currency will be exchanged at a market rate, which will be set at the Moscow Exchange,” he said. “They can buy the roubles wherever.” read more