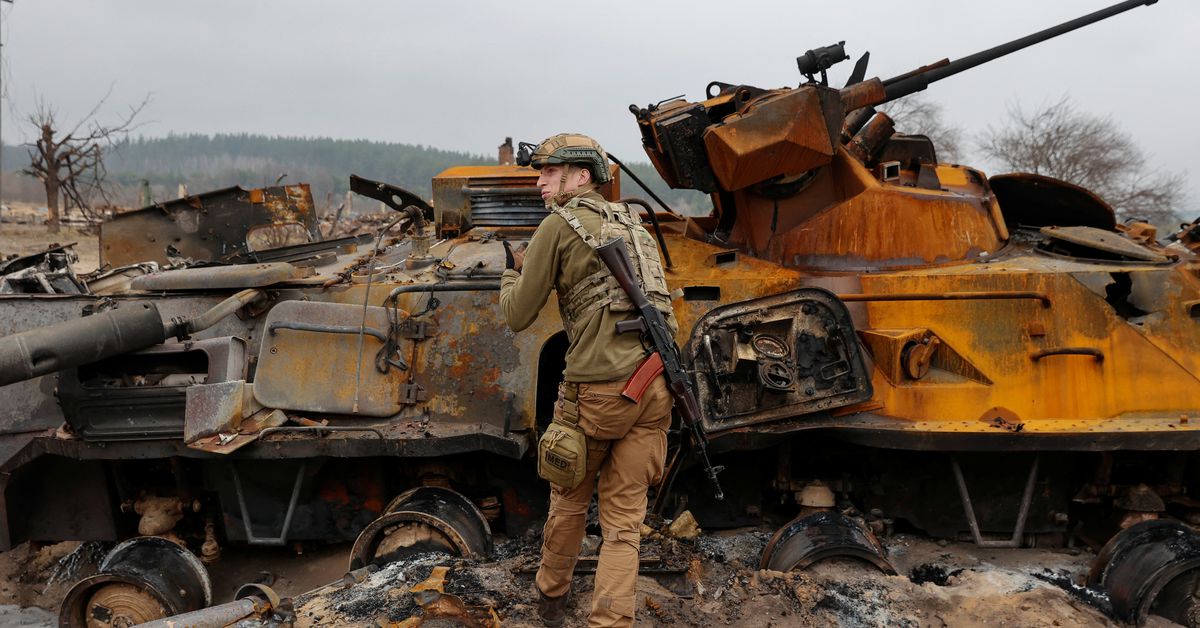 WASHINGTON, April 1 (Reuters) – Russian forces have established a deployment cite at a church northwest of Kyiv and are using it as a staging ground as part of their assault on the Ukrainian capital, a senior US administration official said on Friday.

“Military personnel are situated both on the grounds of the church and the surrounding residential area,” the official said on condition of anonymity and without citing evidence. The official said the information was based on declassified intelligence.

“We believe the Russian military is using this staging point as part of its assault on Kyiv,” the official said.

After failing to capture a single major Ukrainian city in five weeks of war, Russia says it is pulling back from northern Ukraine and shifting its focus to the southeast, including Mariupol.

Russia has painted its draw-down in the north of Ukraine as goodwill gesture for peace talks. Ukraine and its allies say the Russian forces have been forced to regroup after sustaining heavy losses due to poor logistics and tough Ukrainian resistance.

Over the past 10 days, Ukrainian forces have recaptured suburbs near Kyiv, broken the siege of Sumy in the east and driven back Russian forces advancing on Mykolaiv in the south.