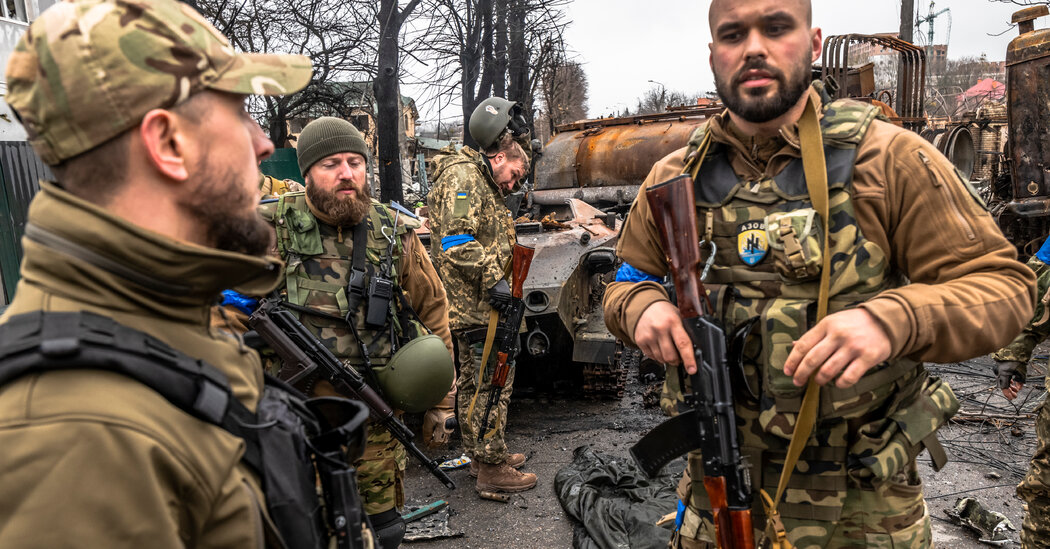 WARSAW — A leading human rights group said it had documented “apparent war crimes” by Russian forces against Ukrainian civilians in the occupied areas of the Chernihiv, Kharkiv and Kyiv regions in Ukraine.

The report, which was published by Human Rights Watch on Sunday, is based on a series of interviews with eye witnesses, victims and local residents of Russia-occupied territories between Feb. 27 and March 14. It documents with chilling detail numerous cases of laws-of-war violations, including repeated rape, two summary killings as well as other incidents of unlawful violence and threats against civilians.

“The cases we documented amount to unspeakable, deliberate cruelty and violence against Ukrainian civilians,” said Hugh Williamson, the director of Human Rights Watch’s Europe and Central Asia division. “Rape, murder, and other violent acts against people in the Russian forces’ custody should be investigated as war crimes.”

The report’s findings did not include reports of actions in recent weeks in towns like Bucha, northwest of Kyiv, where Russian troops have been pulling back in recent days as part of their retreat from the capital.

War crimes cases can be brought before the International Criminal Court in the Hague, but successful prosecution would be challenging, experts say.

“It would likely be difficult to prove in court,” said David Scheffer, an international law expert. “The circumstances are unknown. Who executed them. Who bound their hands. This would require a very difficult and detailed investigation.”

“This is very different from a military strike on a city,” he said.

Accusations can also be brought before the International Court of Justice, but the United Nations Security Council would be responsible for enforcing any ruling against Russia; as one of five members of the Security Council, Russia would have veto power over any decision.

The Human Rights Watch report comes as global outrage against Moscow mounted on Sunday following that Russian forces had executed civilians in Ukraine, and as the retreat of Russian troops from the suburbs of Kyiv offered a stark picture of the devastating toll of President Vladimir V. Putin’s six-week-old war.

The brutality of the scenes are mirrored by some of the accounts from the report: One eyewitness from the town of Bucha described an execution there in early March, in which Russian soldiers forced five men to kneel on a roadside and pull their shirts over their heads before shooting one in the back of the head.

In another case, a 31-year-old woman described being beaten and raped repeatedly by a Russian soldier in a local school in Kharkiv, where she had been sheltering with her family. “I am lucky to be alive,” she said.

“The cases that we documented are corroborated by these recent cases,” said Yulia Gorbunova, the author of the Human Rights Watch report, referring to the recent reports circulating from Bucha. “What is emerging now, if confirmed, is quite horrendous and gives an indication of the scale of these atrocities,” she said.