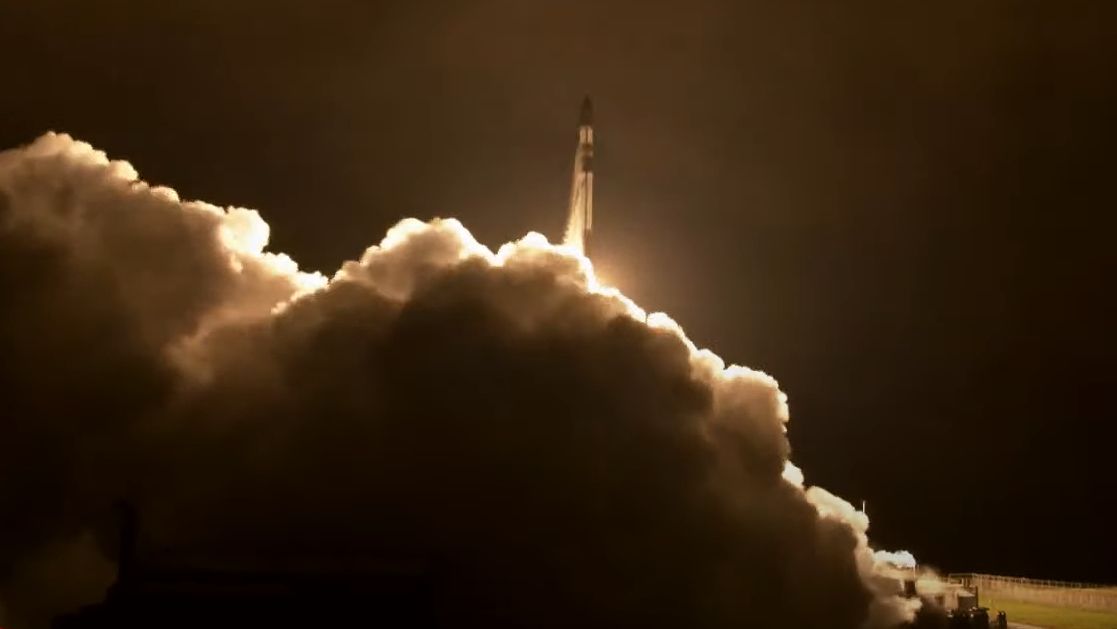 A Rocket Lab Electron launcher lifted off Saturday (April 2) at 8:41a.m. EST (1241 GMT) from the company’s Launch Complex 1 on New Zealand’s Mahia Pensula. The local time was 1:10 am Sunday morning at the launch site.

The two-stage Electron rocket carried two spacecraft for the Virginia company BlackSky. They were successfully deployed about 40 minutes after liftoff.

“Payloads deployed another 100% mission success by the team,” Rocket Lab CEO Peter Beck wrote on Twitter after the successful launch.

Rocket Lab, which dubbed this launch “Without Mission A Beat,” did not attempt to recover the Electron’s first stage during this launch. (Eventually, Rocket Lab plans to use a helicopter to pluck falling Electron in the first stages out of the sky; it has already done ocean booster recoveries on several previous missions.)

BlackSky and Rocket Lab are long-time partners, as Electrons have delivered most of BlackSky’s constellation to orbit since 2019. Saturday’s mission was arranged for BlackSky by the launch services provider Spaceflight Inc.

“BlackSky’s proprietary constellation has one of the highest hourly revisit rates in the world, providing customers with persistent monitoring and change detection over areas of economic activity across the globe,” Rocket Lab said in its “Without Mission a Beat” press kit.

BlackSky satellites are used by government agencies along with a set of large companies known as the Global 2000, according to Rocket Lab. The platform for BlackSky, called Spectra AI, uses artificial intelligence techniques to automate the detection of fast-changing information for its customers.

BlackSky is also one of the companies that has been helping the world monitor the ongoing Russian invasion of Ukraine, which began on Feb. 24.

“Without Mission A Beat” will deliver two @blacksky_inc payloads to low Earth orbit, building their constellation to 14 sats – the majority of which were deployed by Electron across missions from 2019.Launch window opens April 02 UTC, 12:10. More info: https://t.co/qMbrht2edH pic.twitter.com/g6k4DSjI3EMarch 31, 2022

Rocket Lab has announced some upcoming missions, including one scheduled for the second quarter of 2022 that will send three demonstration satellites aloft for the company E-Space.

“E-Space aims to reduce the launch requirements for a full constellation to months instead of years — decreasing the time it takes to scale, replenish or deliver a full system,” Rocket Lab stated of the recently announced contract.

Rocket Lab also plans launches on behalf of Earth imaging company Synspective, for Internet of Things satellite provider Kinéis, and for government customers like NASA and the US National Reconnaissance Office. Other future missions are focused on orbital debris mitigation and Venus exploration, according to Rocket Lab’s manifest.

Saturday’s launch took place just weeks after Rocket Lab announced it will build its next-generation Neutron rocket on Wallops Island, Virginia, near the company’s coastal US launch pad. (The company also debuted a new, second launch pad at its New Zealand site on Feb. 28, with a successful liftoff of an Electron booster.)

Neutron, which will be reusable, will send larger payloads to orbit than Electron. Rocket Lab has said the bigger Neutron rocket will heft larger sets of satellites into orbit, along with fuel-hungry interplanetary missions and potentially, even human missions. Neutron’s planned first launch is in 2024.