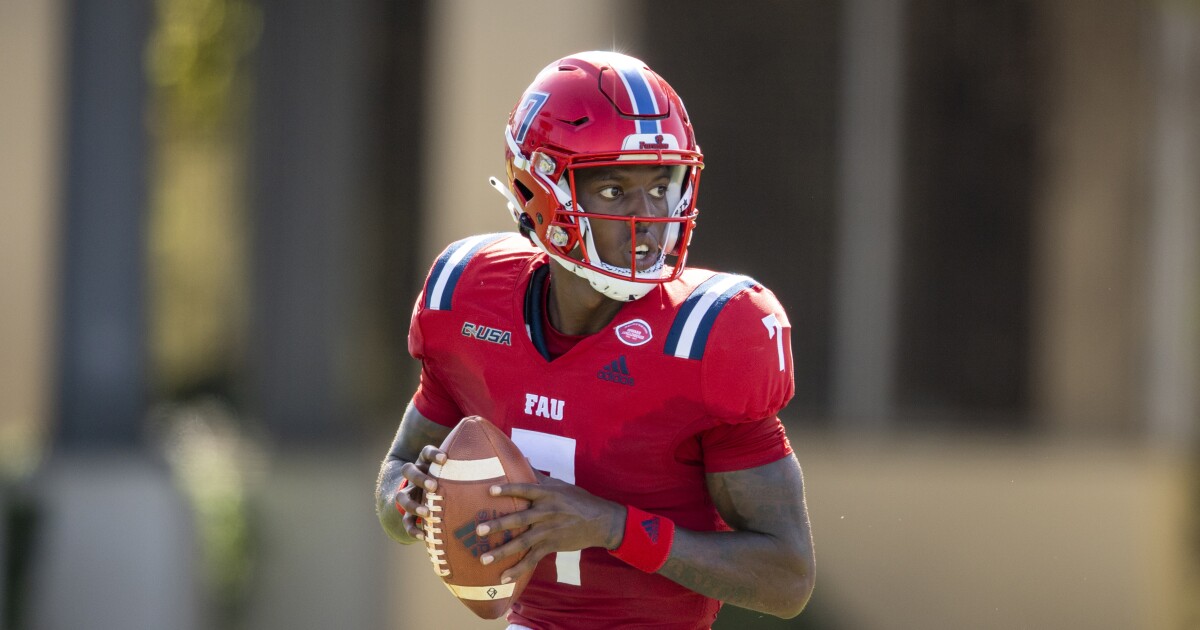 BOCA RATON, Fla. — Florida Atlantic will open and close its final season in Conference USA by playing against league opponents.

The revised 2022 football schedule, announced Wednesday by C-USA, pits the Owls against Charlotte in their Aug. 27 season opener.

It’s just the second time in program history that the Owls have opened a season against a conference opponent.

The last time it happened — also against Charlotte — was in 2020 when the schedule was altered because of the coronavirus pandemic.

It will also be the earliest home game for the Owls since hosting Wagner on Aug. 31, 2012.

FAU was previously scheduled to play Old Dominion and Marshall, but the C-USA changed the football schedule for its remaining schools after Marshall, Old Dominion and Southern Mississippi bolted early for the Sun Belt Conference, leaving a gap in scheduling,

The C-USA is also losing member schools Charlotte, North Texas, Rice and UTSA to the American Athletic Conference after this season.

FAU will travel out of conference to play Ohio on Sept. 3 before hosting nonconference opponents Southeastern Louisiana on Sept. 10 and Central Florida on Sept. 17.

The Owls will conclude their nonconference schedule at Purdue on Sept. 24.

In what could be their final game, the Owls will face rival Florida International on Nov. 12 in the “Shula Bowl.” The Panthers haven’t beaten FAU since 2016.

FAU will play four teams from the West Division this season — on the road at North Texas and UTEP and at home against UAB and Rice.

FAU ended last season on a four-game losing streak to finish 5-7, including 3-5 in C-USA play, and miss a bowl game for the first time since 2018.