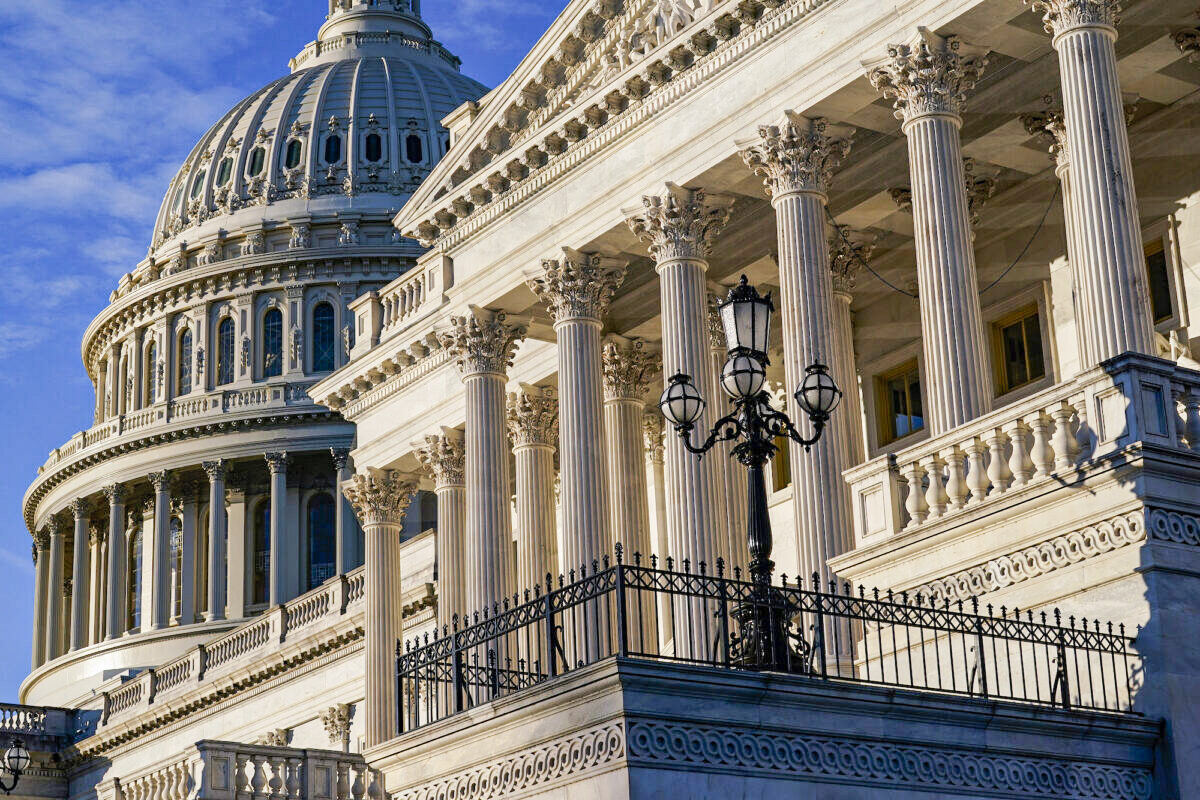 The US government’s budget deficit is forecast to shrink this year before soaring in the coming years, the Congressional Budget Office (CBO) wrote in its 2022-2032 budget and economic outlook Wednesday.

The federal deficit will fall to $ 1 trillion this year, down from $ 2.8 trillion in 2021. The significant deficit decline is attributed to the expiration of costly pandemic-related emergency programs and rising tax revenues.

According to CBO projections, the budget shortfall will exceed $ 2 trillion in 2032, accounting for 6.1 percent of GDP. The budget imbalance is expected to average $ 1.6 trillion annually between 2023 and 2032. Over the next ten years, Washington is forecast to accumulate nearly $ 16 trillion in deficits under current law.

Federal debt held by the public is anticipated to slip from 100 percent of GDP to 96 percent next year. By the end of the decade, US debt is estimated to reach 110 percent of GDP, a record high.

With the Federal Reserve on a path of raising rates, the CBO projects that net interest costs will top $ 1 trillion in 2030, representing about 3 percent of GDP. This would be more than the federal government spending on national defense ($ 797 billion) or Medicare ($ 697 billion).

The CBO’s forecasts are based on current law, which is almost certain to change over the next decade. As a result, extensions of expiring legislation, spending hikes, or tax cuts could further exacerbate America’s debt and deficits.

Looking ahead, the CBO forecasts that the real GDP growth rate (adjusted for inflation) will slow to 1.5 percent in 2024.

On the inflation front, the non-partisan fiscal monitoring agency believes the consumer price index (CPI) will be 4.7 percent in 2022 and then ease to 2.7 percent in 2023 before hitting the Fed’s 2 percent target by 2026.

The White House celebrated the news on Wednesday, pointing to the American Rescue Plan (ARP) as a model for fiscal responsibility.

Shalanda Young, the director of the Office of Management and Budget (OMB), said that the historic reduction in the federal deficit “was not automatic or inevitable.”

“It’s because this administration has responsibly managed the pandemic, which allowed us to wind down emergency measures, combined with a significant increase in revenues stemming from a historically strong economic recovery,” she said in a statement. “The Biden administration is committed to building on this progress and continuing to responsibly reduce the deficit, which is an important part of the president’s plan to tackle inflation.”

But the Committee for a Responsible Federal Budget (CRFB) does not think policymakers should be declaring victory just yet.

“[T]rillion-dollar deficits are here to stay, and $ 2 trillion deficits will arrive by 2031. Meanwhile, debt is slated to reach a record 110 percent of GDP within a decade and could rise even further if lawmakers extend various expiring policies, ”noted Maya MacGuineas , the president of the CRFB. “Today’s report also highlights disturbing fundamentals — the rising costs of Social Security, health care, and interest on the debt will continue to eclipse revenue growth, and the debt will keep rising.”

The Concord Coalition, a non-partisan advocacy group for fiscal responsibility, echoed these sentiments and argued that the budget is running “on an unsustainable path.”

“Ignoring our long-term structural fiscal and economic problems will not make them go away. The longer we wait to act, the more difficult the solutions will be —and the greater the risks will be to the nation’s future, ”said Concord Coalition Executive Director Robert L. Bixby in a statement, adding that the CBO’s numbers are based on rosy projections.

“As the fiscal debate turns to the post-pandemic economy, policymakers should craft an agenda that is both pro-growth and fiscally responsible. An agenda premised on ever-low interest rates and ever-rising debt is not a solid foundation for a sustainable budget or a growing economy. It’s a fantasy. ”

Overall, Gene L. Dodaro, Comptroller General of the United States and head of the GAO, says federal debt is on track to grow faster than the entire economy.

Last year, lawmakers raised the nation’s debt limit to more than $ 31 trillion after Congress approached its borrowing cap before Christmas. With the United States accumulating more debt, Washington is poised to have another debate over the debt ceiling later this year.

President Joe Biden was ebullient when he announced that the Treasury Department would pay down $ 26 billion in privately held debt sometime in the second quarter, accusing his predecessor, former President Donald Trump, of “fiscal mismanagement.”

“The bottom line is that the deficit went up every year under my predecessor before the pandemic and during the pandemic. And it’s gone down both years since I’ve been here. Period, ”he said.

Despite potentially paying down the debt for the first time in six years, this will be offset by the Treasury slated to borrow $ 182 billion in privately held debt sometime in the third quarter.

Andrew Moran covers business, economics, and finance. He has been a writer and reporter for more than a decade in Toronto, with bylines on Liberty Nation, Digital Journal, and Career Addict. He is also the author of “The War on Cash.”