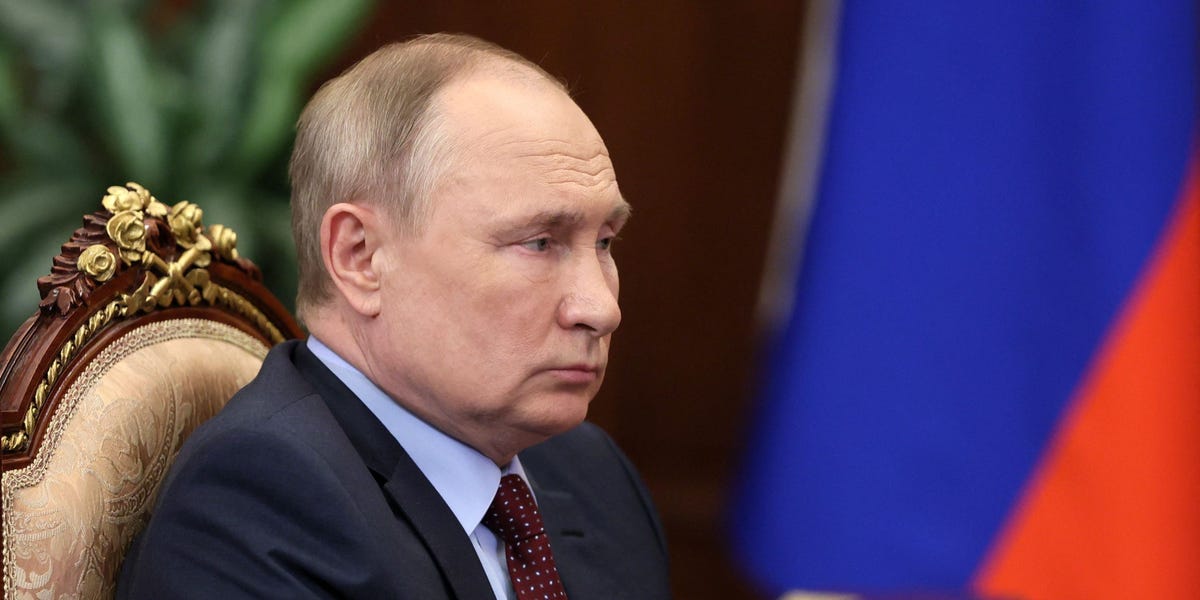 Russia’s economy all but imploded in the 1990s. It shrank 7% a year on average for seven straight years.

The experience lingers in the minds of Russians who lived through it. Indeed, President Vladimir Putin has historically framed himself as Russia’s savior, delivering a stable economy and restoring national pride.

Now, however, Putin’s brutal war in Ukraine is set to wipe out 15 years of growth and send the Russian economy back to the dark days following the fall of the Soviet Union.

Sanctions by the US and its allies have slashed Russia’s access to the global financial system, with the central bank cut off from just under half of its $640 billion stockpile of global currency reserves.

Western companies, from McDonald’s to Coca-Cola to Shell, are “self-sanctioning” and abruptly pulling out of the country. The ruble, Russia’s currency, has been on a wild ride. Inflation is skyrocketing.

The Institute for International Finance think tank reckons Russian gross domestic product — the most common measure of an economy’s size — will plunge by a disastrous 15% in 2022. Together with a decline of 3% in 2023, it will wipe out 15 years of growth , the IIF believes.

Goldman Sachs thinks the economy will shrink 10% this year, having previously expected it to grow 2%. Capital Economics is forecasting a 12% contraction.

“The impact on Russia is going to come from pretty much every sector,” Liam Peach, emerging markets at Capital Economics, told Insider. The consultancy expects unemployment to surge from 4.1% to 8% by the end of 2022.

Peach said the move by Western governments to cut certain Russian banks out of Swift, a crucial global payments messaging system, will hit non-energy exports hard. Meanwhile, the US has banned the import of Russian oil and the UK is the following suit.

Goldman Sachs thinks sanctions and self-sanctioning by western companies will cause imports to tumble 20% this year and exports to drop 10%.

Inflation is set to sore to 20%

Western governments are panicking in the face of high inflation rates of between 5% and 8%. But Russians are likely to have to cope with inflation of 20% or more by the end of the year, according to economists.

A weaker ruble will push up the price of imports, while sanctions and the withdrawal of Western companies are likely to slash the supply of goods and services.

“The supply-side shock is going to be absolutely horrible,” Madina Khrustaleva, Russia analyst at the consultancy TS Lombard, told Insider.

Read more: Moscow insiders describe panic, frustration, and shame as Russia gets cut off from the global economy

The central bank has hiked interest rates to 20% to try to stem withdrawals from Russian banks. But punitive interest rates are set to cause a sharp drop in borrowing and investment.

Khrustaleva said the rapid withdrawal of foreign investment and companies will likely cause major changes in the economy. The government will play a much larger role and commodities production will become even more important. She said it would be like the 1990s in reverse.

“Back in the 1990s, we understood that this structural shift will lead to this increase in productivity,” Khrustaleva said. “Now, you have the ’90s but going in a vice-versa way. It’s a tremendous loss of productivity.”

Commodities and a rising ruble may ease the pain

The only ray of hope for Russia is that its brutal war in Ukraine has sharply increased global commodities prices. Russia is the world’s third-largest oil producer and supplies Europe with a third of its natural gas.

Goldmans think Russia should still run a large trade surplus in 2022, bringing foreign currency into the country and somewhat lessening the pain for the financial system.

Meanwhile, the ruble has risen sharply in recent days as peace talks have intensified. Investors hope an end to war could see Russia at least partially reintegrated into the world economy.

But things could also get worse. Peach, from Capital Economics, said a move by the EU to restrict energy imports would have a huge impact and could trigger “a wave of corporate defaults.”

The outlook is grim, but highly uncertain. The Russian economy is, more than ever, in Putin’s hands.