Putin misled by ‘yes men’ in military afraid to tell him the truth, White House and EU officials say 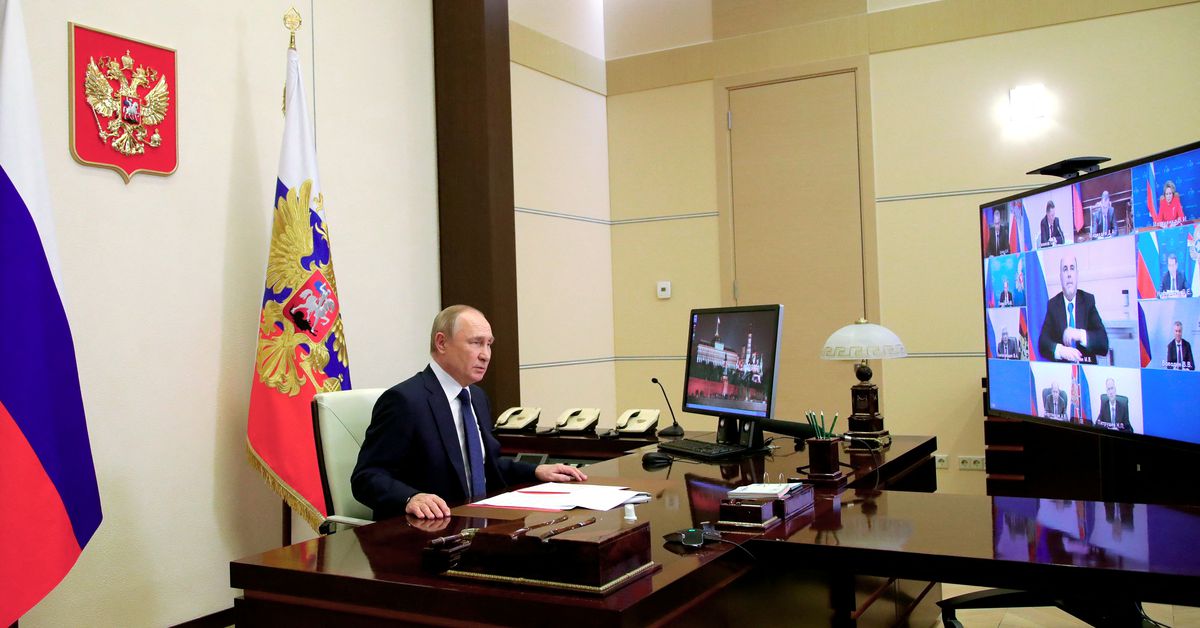 Russian President Vladimir Putin chairs a meeting with members of the Security Council via a video link at the Novo-Ogaryovo state residence outside Moscow, Russia March 24, 2022. Sputnik/Mikhail Klimentyev/Kremlin via REUTERS/File Photo

WASHINGTON, March 30 (Reuters) – Russian President Vladimir Putin was misled by advisers who were too scared to tell him how poorly the war in Ukraine is going and how damaging Western sanctions have been, White House and European officials said on Wednesday.

Russia’s Feb. 24 invasion of its southern neighbor has been halted on many fronts by stiff resistance from Ukrainian forces who have recaptured territory even as civilians are trapped in besieged cities.

“We have information that Putin felt misled by the Russian military, which has resulted in persistent tension between Putin and his military leadership,” Kate Bedingfield, White House communications director, told reporters during a press briefing.

“We believe that Putin is being misinformed by his advisers about how badly the Russian military is performing and how the Russian economy is being crippled by sanctions because his senior advisors are too afraid to tell him the truth,” she said.

The US was putting forward this information now to show “this has been a strategic error for Russia,” she said.

The Kremlin made no immediate comment about the assertions after the end of the working day in Moscow, and the Russian embassy in Washington did not immediately reply to a request for comment.

Washington’s decision to share its intelligence more publicly reflects a strategy it has pursued since before the war began. In this case, it could also complicate Putin’s calculations, a second US official said, adding, “It’s potentially useful. Does it sow dissension in the ranks? It could make Putin reconsider whom he can trust.”

One senior European diplomat said the US assessment was in line with European thinking. “Putin thought things were going better than they were. That’s the problem with surrounding yourself with ‘yes men’ or only sitting with them at the end of a very long table,” the diplomat said.

Russian conscripts were told they were taking part in military exercises, but had to sign a document before the invasion that extended their duties, two European diplomats said.

“They were misled, badly trained and then arrived to find old Ukrainian women who looked like their grandmothers yelling at them to go home,” one of the diplomats added.

There were no indications at the moment that the situation could foster a revolt among the Russian military, but the situation was “unpredictable” and Western powers “would hope that unhappy people would speak up,” the senior European diplomat said.

Military analysts say Russia has reframed its war goals in Ukraine in a way that may make it easier for Putin to claim a face-saving victory despite a woeful campaign in which his army has suffered humiliating setbacks. read more

Russian forces bombarded the outskirts of the capital Kyiv and the besieged city of Chernihiv in northern Ukraine on Wednesday, a day after Russia promised to scale down military operations in both cities in what the West dismissed as a ploy to regroup by invaders suffering heavy losses. read more

Russia says it is carrying out a “special operation” to disarm and “denazify” its neighbor. Western countries say Moscow launched an unprovoked invasion.