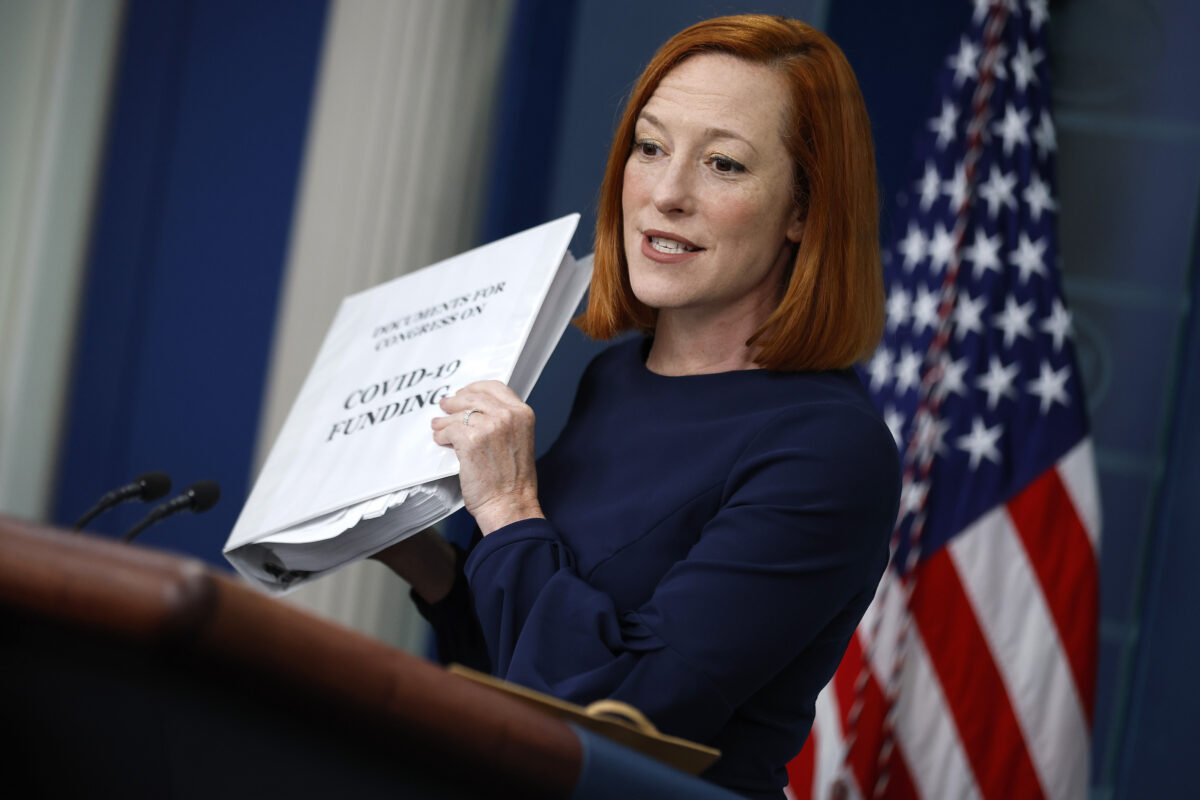 Abbott on Wednesday said his government will provide charter buses or flights from Texas to Washington to transport illegal immigrants released from federal custody into his state on the southern border.

Psaki responded to the Texas Republican Thursday saying that Abbott does not have the authority to “compel anyone to get on a bus.”

“I think it’s pretty clear this is a publicity stunt,” Psaki said. “[Abbott’s] own office admits that a migrant would need to voluntarily be transported and that he can not compel them to. Because again, enforcement of our country’s immigration laws lies with the federal government, not a state. ”

Florida Gov. Ron DeSantis, another Republican, also vowed this week to send illegal immigrants from his state to Delaware, which is President Joe Biden’s home state.

This back and forth between red states and Washington comes days after the Centers for Disease Control and Prevention (CDC) announced plans to end its Title 42 health provision on May 23 — the rule first invoked in March of 2020 to minimize the spread of the CCP (Chinese Communist Party) virus by ensuring that only essential travel occurred at US borders.

The rule put into place under former President Donald Trump directed that illegal immigrants could be quickly expelled back into Mexico as a pandemic precaution, rather than be processed under Title 8 immigration law, which is a much more protracted process within the United States.

“Individuals who come to the border — this is what would happen: CBP (Customs and Border Protection) and ICE (Immigration and Customs Enforcement) would work together to ensure that anyone who enters the country without authorization is put into immigration proceedings as quickly as possible, ”said Psaki.

Psaki revealed Wednesday that illegal immigrants that are allowed into the United States as part of an Alternative to Detention (ATD) program, are given cellphones and ankle monitors meant to track the individuals who crossed the border to ensure they show up for scheduled court dates.

She repeated Thursday that nearly 80 percent of non-citizens waiting in the interior under prosecutorial discretion have either received a notice to appear or are still within their 60-day window to report.

Isabel van Brugen and Jack Phillips contributed to this report.